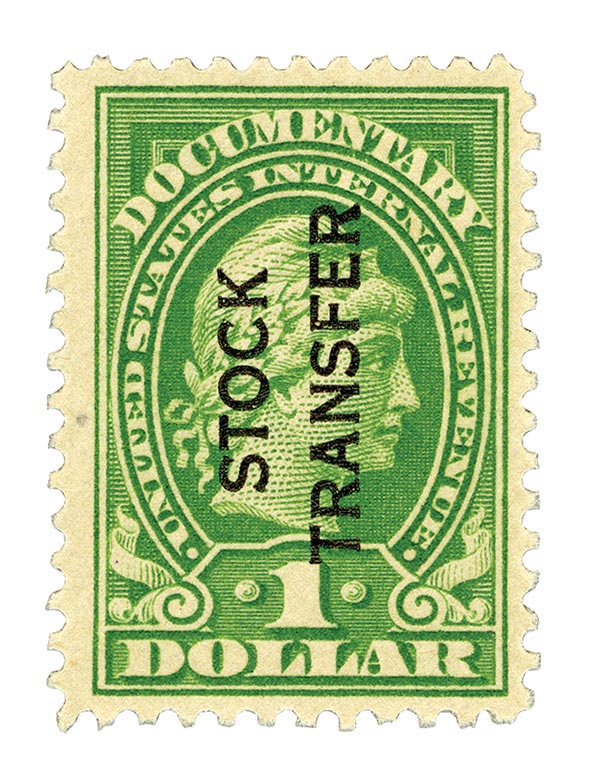 The tax became permanent in 1918 and on June 25, 1918, the Treasury Department approved the creation of stamps to show federal taxes had been collected on sales, transfers, and certificates of stock. The Issues of 1918 were US Documentary stamps overprinted with “STOCK TRANSFER.”   The Documentary stamps were similar to the Series of 1898 stamps, with the inscription “Series of 1898” removed.  To increase security, each high-value stamp was given a unique serial number. The Bureau of Engraving and Printing produced the stamps on double lined watermarked paper. 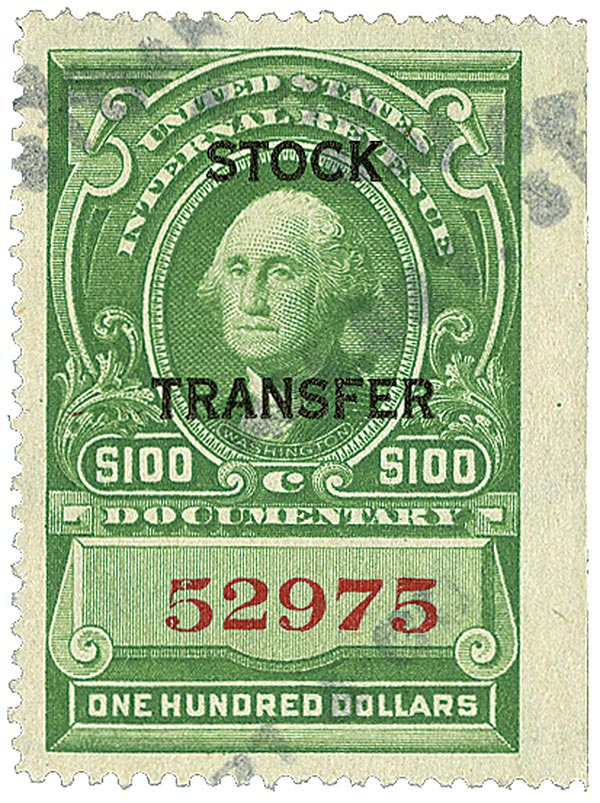 US #RD22 – A high-value Stock Transfer with a unique serial number.

The lower denominated stamps were carmine overprinted “Stock Transfer” horizontally in red or black ink.  The higher denominations were green with vertical overprinting reading from the bottom to the top, though rarer varieties have been found that read the opposite way.  These high-values pictured US presidents and were perforated 12. 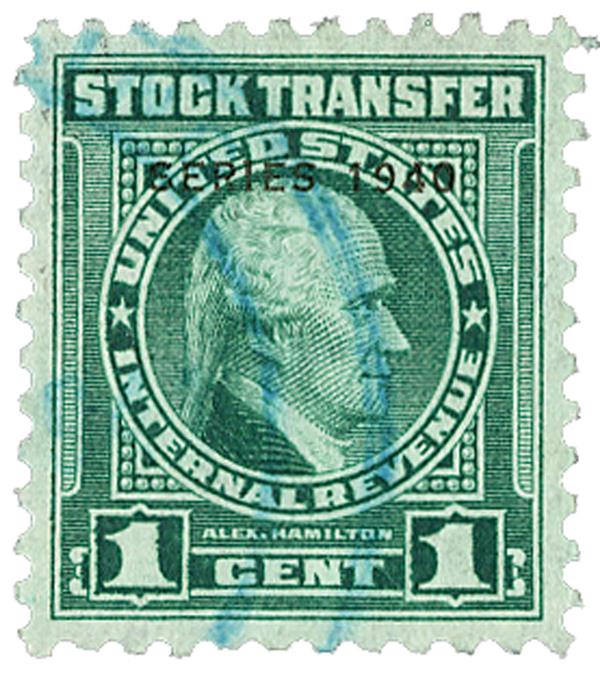 US #RD67 – The first Stock Transfer of the new series of 1940 pictured our first Secretary of the Treasury, Alexander Hamilton.

Government officials feared the higher denominations would be reused, causing the Internal Revenue Service to lose money.  As a result, stamps were canceled by cutting or punching small holes. As the Great Depression worsened, the tax was doubled to .4% in 1932. 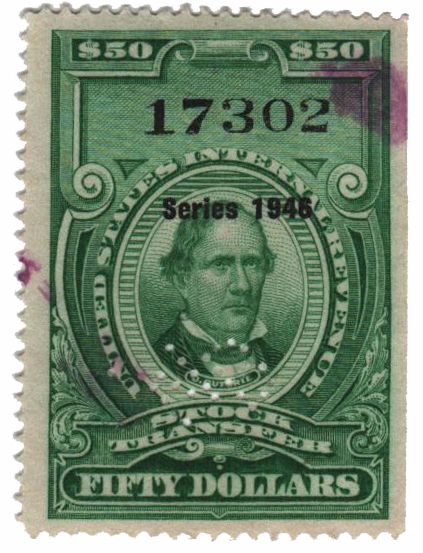 US #RD227 – In the new series, the high-values still had serial numbers.

In 1940, Guy T. Helvering, Commissioner of Internal Revenue, raised concern over the growing evasion of documentary and stock transfer taxes.  He reported that people were reusing Documentary stamps from inactive or discarded files, and even stole them from documents that had been filed. 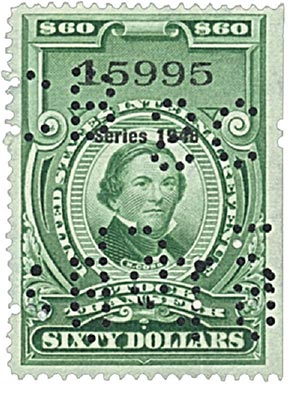 US #RD280 – A Stock Transfer stamp with holes punched in it to show it was used.

To resolve the issue, he recommended that the stamps be overprinted with the year they were issued, making them readily distinguishable from the older stamps.  The new stamps also featured the portraits of past secretaries of the treasury.  The lower denominations pictured older secretaries, while higher denominations were more recent.  The stamps were issued in booklet panes of four with tabs at their left side.  Each had a serial number that corresponds to the one on the tab.  Under this new arrangement, if customers bought too many of a year’s stamps, they could exchange them or receive a refund within four years.