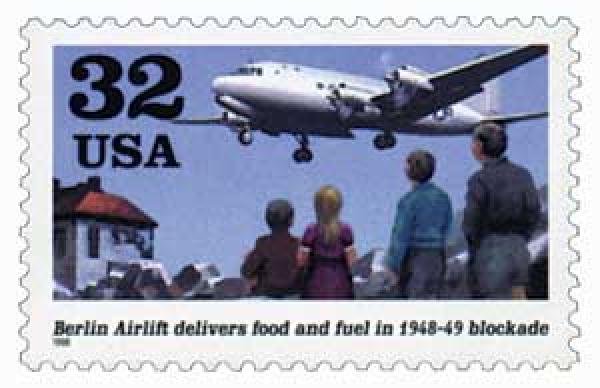 US #3211 was issued on the 50th anniversary of the start of the airlift.

On June 26, 1948, the first supply-filled planes departed bases in England and Western Germany as part of the Berlin Airlift.

After Germany was defeated in World War II, the country was divided into four zones and occupied by the Soviet Union, the US, France, and the UK.  Berlin, the capital, was located 100 miles inside the Soviet-controlled section.  At the time of the partitioning of Germany, no formal agreements were reached assuring rail, road, and canal access to Berlin from the democratic west. 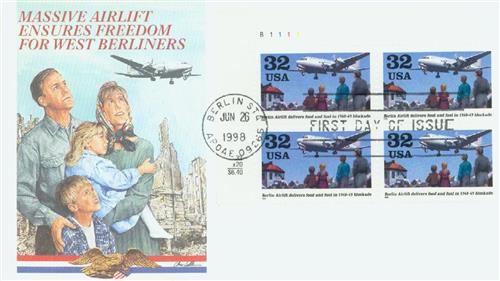 In 1948, the Soviets took advantage of this and began inspecting all cargo entering and leaving Berlin.  By June, they stopped all traffic.  The goal was to drive the other countries out of Berlin, then Germany, and claim it for the Soviet Union. 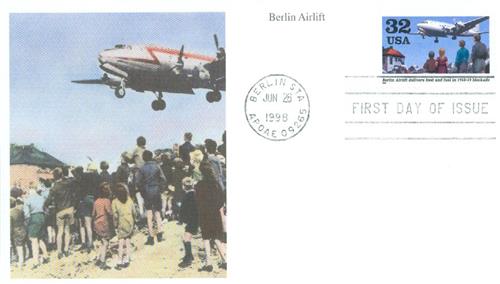 Though all routes by land and water were blocked, there was still the possibility of relief through the air.  The four powers had previously agreed on three air corridors, each 20 miles wide, from the western zones to Berlin.  The decision was made to begin an airlift to provide food and fuel for the citizens of the city. 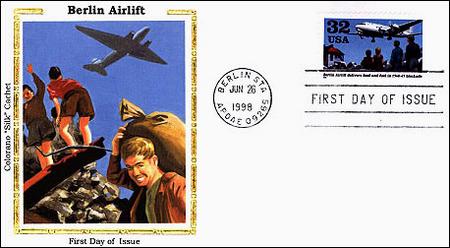 The airlift began within a week of the decision – on June 26, 1948 – and was expected to last less than a month.  With the aircraft available, the US and Britain were able to deliver only about 90 tons per day.  The need was for about 5,000 tons. 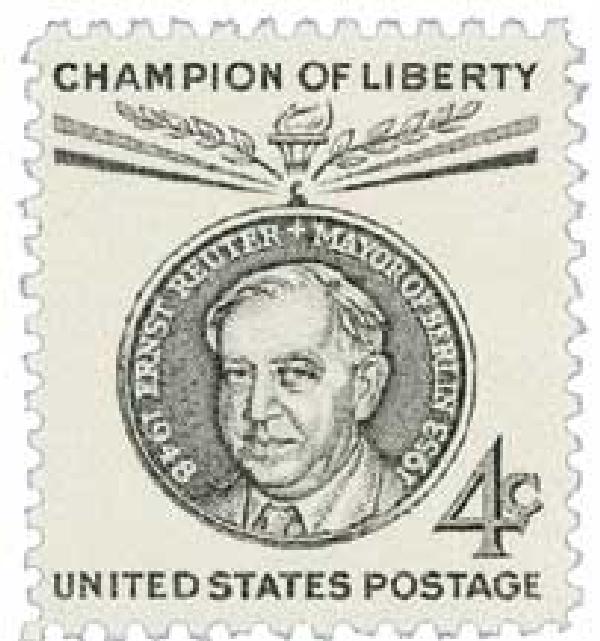 US #1136 – Reuter was Berlin’s mayor at the time and appealed the world not to abandon Berlin.

In July, General William Turner arrived to command the operations.  He had reorganized a massive airlift into China during World War II.  His experience paid off.  By the end of August, about 4,500 tons of cargo were delivered each day. 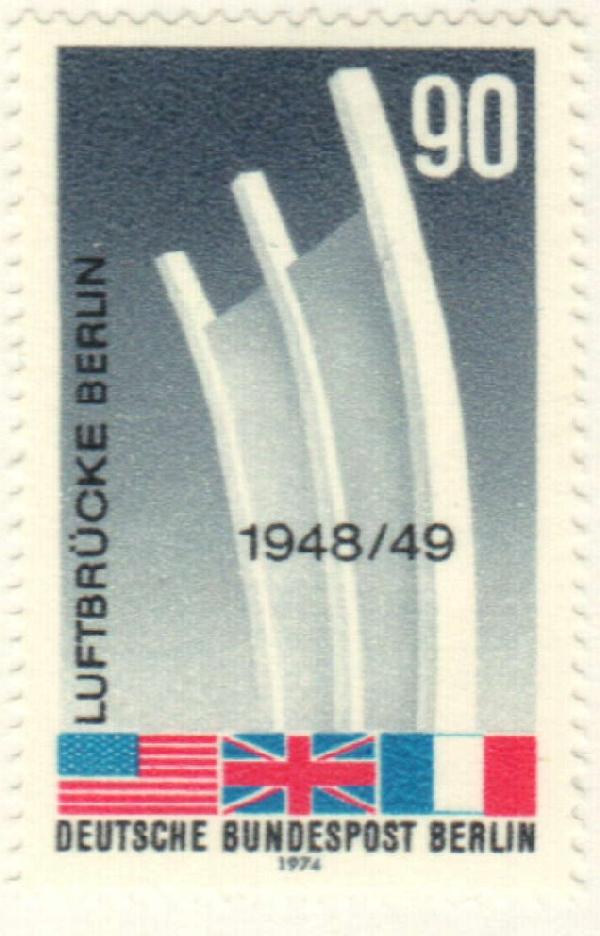 Berlin #9N346 honors the 25th anniversary of the airlift;

The citizens of Berlin provided manpower at the airports where the supplies were delivered.  Crews formed to unload the cargo and could unload a 10-ton shipment of coal in less than six minutes.  Former members of Germany’s air force ground crews serviced the planes as well.  As winter came, the runways needed to be upgraded.  Berliners once again pitched in to build new asphalt runways and an airport. 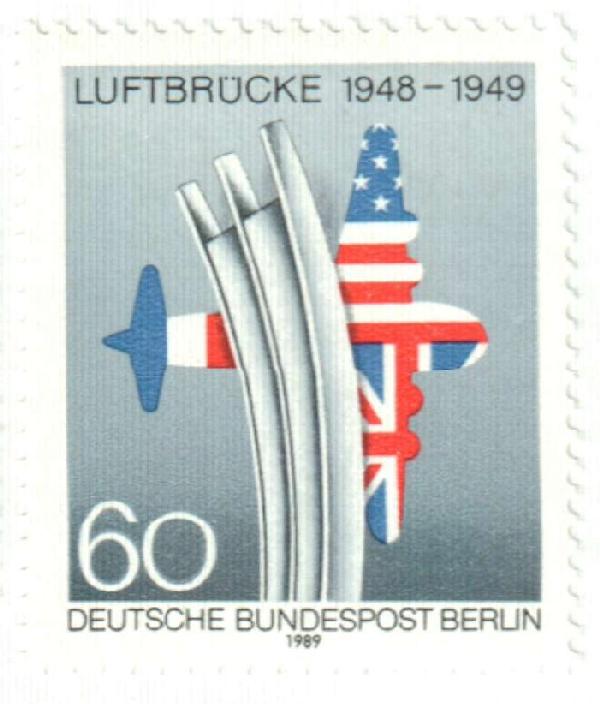 Berlin #9N575 was issued for the 40th anniversary.

On April 15, 1949, the Soviets reported they were willing to lift the blockade.  It ended on May 12.  Trucks and trains immediately began to supply Berlin.  The flights continued so a surplus could be built up in the event of another blockade.  The airlift officially ended on September 30.  Over the course of 15 months, more than two million tons of food and coal was flown into the city, preventing a communist takeover.

Germany #2038 was issued for the 50th anniversary.

About the time the blockade ended, the Federal Republic of Germany was formed from the three democratically controlled zones.  It would remain separated from East Germany for the next four decades.