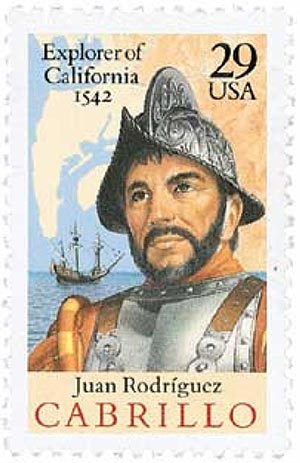 US #2704 was issued on the 450th anniversary of Cabrillo’s arrival at present-day San Diego.

On June 27, 1542, Juan Rodriguez Cabrillo departed New Spain (present-day Mexico) in search of a water route between the Atlantic and Pacific.

Cabrillo was born in either Spain or Portugal in 1499. The nation of his birth has been debated for centuries, though a document discovered in 2015 has led many to believe he was born in Spain.  In fact, the issue of his birthplace sparked a bit of controversy when this stamp was issued, so the selvage on stamp sheet reads “If he was Portuguese as many believe, his name would be spelled Joao Rodrigues Cabrilho.”  The stamp uses the historically accepted Spanish spelling of the name.

As a young man, Cabrillo sailed with Hernán Cortés.  He also had great success at gold mining in Guatemala, which made him one of Mexico’s richest conquistadors.   In 1539, Francisco de Ulloa discovered the Gulf of California and traveled almost up to the 30thparallel. The new Viceroy of New Spain then commissioned Cabrillo to lead his own expedition up the Pacific coast to find new trade options and possibly a way to China or the Northwest Passage. 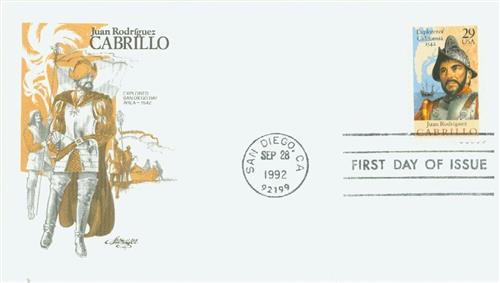 On June 27, 1542, Cabrillo and his three ships set out from Navidad, Mexico.  By August 1, they reached Cedros Island and by the end of the month, they passed Baja Point. At that time, they reached, “uncharted waters, where no Spanish ships had been before.”  Then on September 28, Cabrillo landed in present-day San Diego Bay, which he named San Miguel.  He continued to travel after that, reaching Santa Catalina Island (which he named San Salvador after his flagship) on October 7. 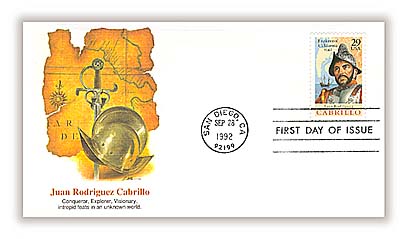 Continuing on his journey, Cabrillo named San Clemente Island “Victoria” after another ship in his fleet and San Pedro Bay, Baya de los Fumos, (Smoke Bay).  They then stopped at Cuyler Harbor and Point Conception, which they named Cabo de Galera.  As they went along, they named Cabos de Piños but missed the entrance to San Francisco Bay (many others would as well over the next 200 years). Cabrillo made it as far north as the Russian River before bad weather forced them to turn around. 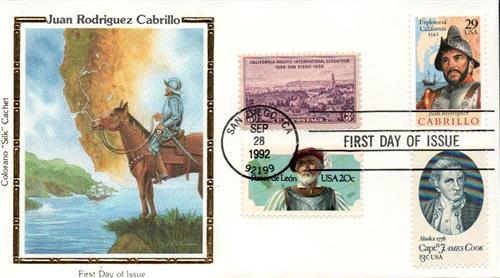 On November 23, Cabrillo’s expedition returned to San Salvador to repair their ships and spend the winter.  However, around Christmas Eve, Cabrillo hurt himself on a jagged rock, the wound became infected, and he died on January 3, 1543. 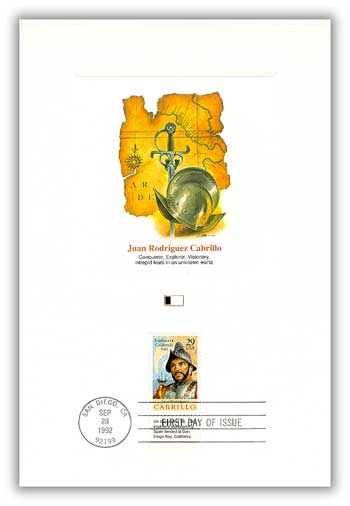 The official report from Cabrillo’s journey was lost, and all that survived was a summary of it.  So many of his discoveries went unnoticed for a long time and his site names not used.  However, as details of his voyage emerged, he became recognized as the first European to travel the California coast and many spots in that state are named in his honor.