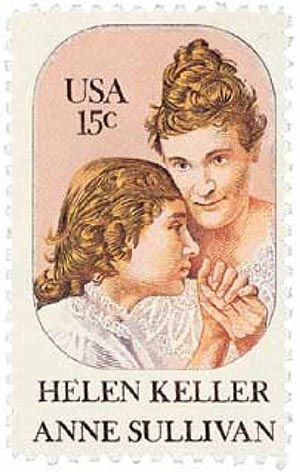 Keller was born with the ability to see and hear but lost both senses when she was 19 months old to scarlet fever or meningitis.  Over time she developed her own system of about 60 home signs.  She could also identify people walking to a room by the vibrations in their footsteps.

When Keller was six, her mother read about the successful teaching of a deaf and blind woman in Charles Dickens’ American Notes.  Her mother then consulted a doctor who led her to Alexander Graham Bell, who was working with deaf children at the time.  Bell referred them to the Perkins Institute for the Blind, where they were introduced to 20-year-old Anne Sullivan.  Sullivan was also visually impaired and agreed to become Keller’s teacher, marking the start of a 49-year-long friendship. 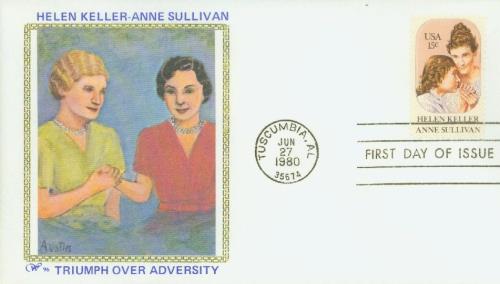 Sullivan officially began teaching Keller in March 1887.  She taught her to communicate by spelling out words in her hand.  Keller initially had trouble with the lessons, but Sullivan had a major breakthrough when she ran water on one of Keller’s hands while making the sign for it on the other.  Keller soon wanted to know the names of everything else in her world. 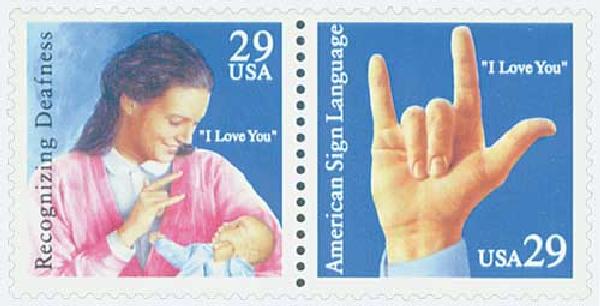 With Sullivan’s teaching, Keller was soon able to attend a school for the deaf before being admitted to Radcliffe College.  When she was 24, Keller graduated, making her the first deaf-blind person to earn a Bachelor of Arts degree.  She soon learned to speak so she could deliver lectures, and found she could understand people by “reading” their lips with her hands. 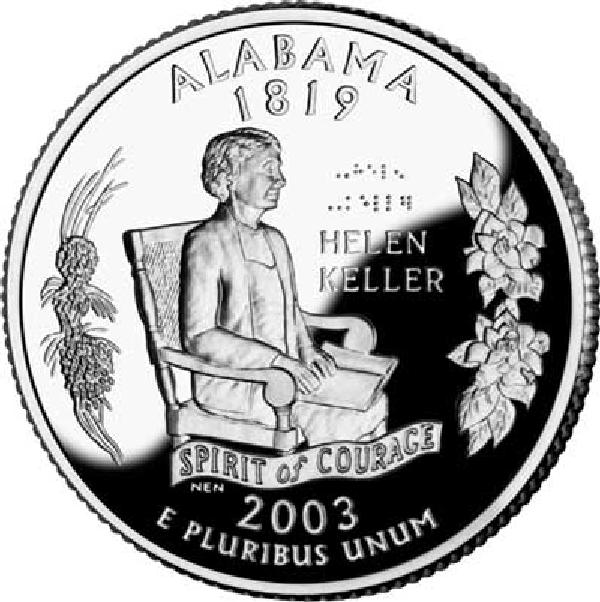 Item #CNAL25D pictures Keller and is the first U.S. coin to utilize braille.

Keller soon became famous around the world as an advocate for people with disabilities.  She visited 25 different countries delivering motivational speeches.  She was also a suffragette, pacifist, and socialist.  In 1915, she founded the Helen Keller International organization which researches vision, health, and nutrition.  She also helped to found the American Civil Liberties Union (ACLU).  Keller was also an accomplished writer, publishing 12 books and several articles.  Her birthday was proclaimed Helen Keller Day in 1960.

After suffering a series of strokes in 1961, Keller spent her final years at home but also worked to raise funds for the American Foundation for the Blind.  In 1964, she received the Presidential Medal of Freedom.  Keller died on June 1, 1968. 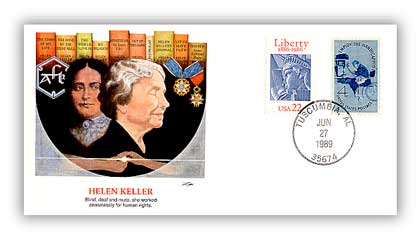