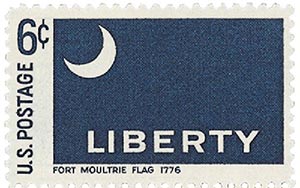 On June 28, 1776, American forces won their first decisive victory of the Revolutionary War at Sullivan’s Island.

During the second year of the Revolutionary War, South Carolina patriots began work on a fort to guard the important port city of Charleston. While the fort was still under construction, British troops arrived on June 28, 1776, and began a full-scale bombardment. 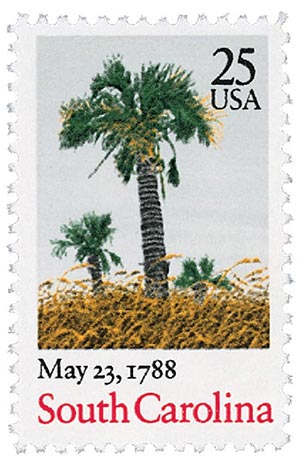 To the surprise of the British, the fort, which was made of palmetto logs, did not fall. In fact, their cannon balls simply bounced off of the soft wood. Colonel William Moultrie and his 400 patriots spent the day fighting off their attackers, forcing them to retreat with their ships badly damaged.

It was America’s first decisive victory over the British Navy and a major morale booster. Additionally, the palmetto tree came to represent South Carolina on its flag and other devices as a result of this battle. 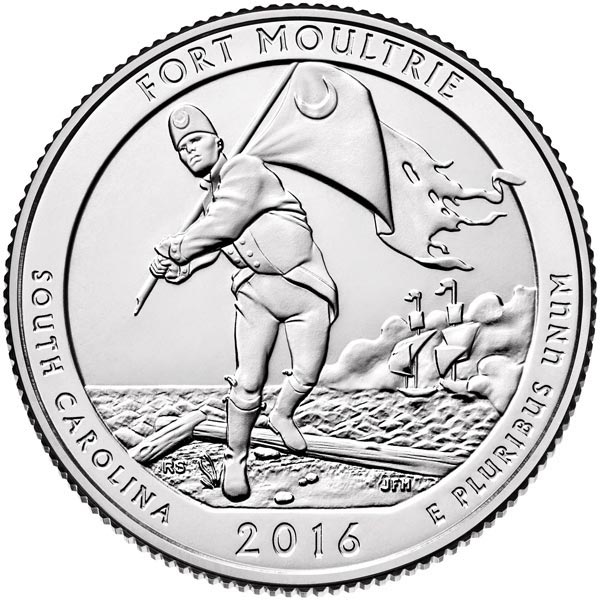 Prior to the battle, Moultrie had designed his own flag to fly above the fort. When it was shot down during the fighting, Sergeant William Jasper ran to the pole amid heavy fire and rose it again, rallying the troops. He was later awarded for his bravery.

The fort was then named in Moultrie’s honor for his brave leadership during the battle. The British targeted the fort again in 1780 during their siege of Charleston. That time they were much more successful and captured the entire American army stationed there.

When the war ended and British troops left Charleston in 1782, Nathanael Greene presented Moultrie’s flag to the city, claiming it was the first American flag to fly over the South. 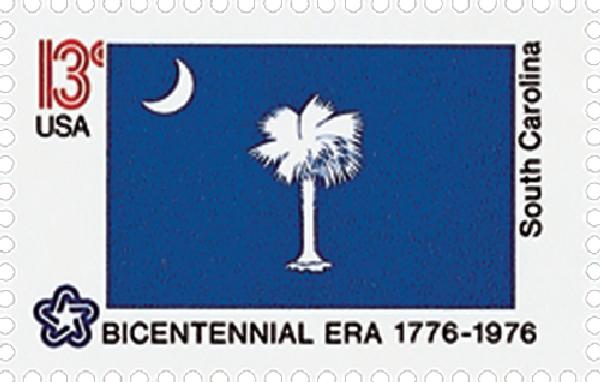 Click here to visit the National Park Service website for this fort, which is part of the Fort Sumter National Monument.