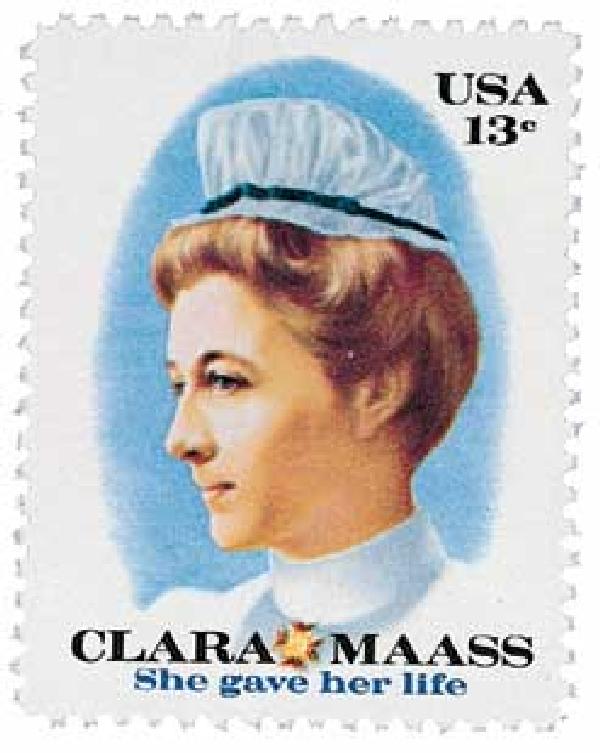 The oldest of nine children, Maass came from an impoverished family of German immigrants.  When she was in elementary school, she took a job as a “mother’s helper.”  While the job didn’t provide her with any money, she lived and ate with her employer’s family, alleviating some strain on her own family. 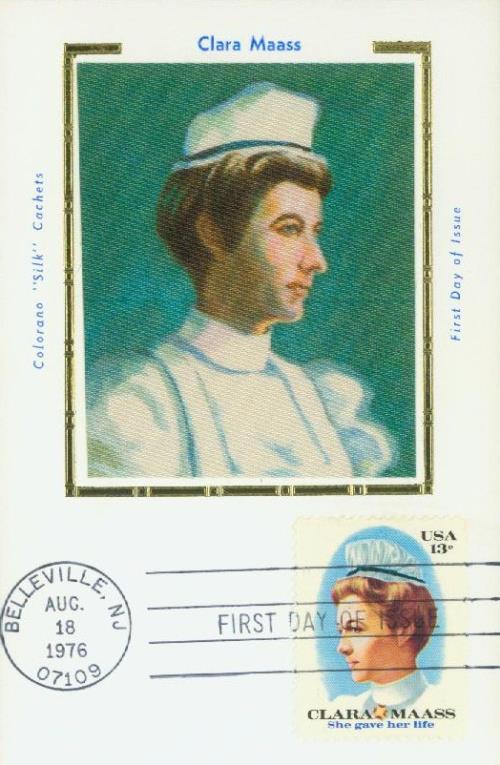 When the Spanish-American War broke out, Maass volunteered to serve as a nurse with the US Army.  From October 1898 to February 1899, she served with the 7th US Army Corps in Florida, Georgia, and Cuba.  After being discharged, she volunteered again with the 8th US Army Corps in the Philippines.  During her service, Maass didn’t tend to many battle injuries.  Most of her time was spent aiding soldiers suffering from diseases such as typhoid, malaria, dengue, and yellow fever.

Shortly after returning home, Maass was called back to Cuba in October 1900 by William Gorgas of the Army’s Yellow Fever Commission.  The commission had been established after the war to investigate yellow fever and whether it was spread by mosquito bites or contact with contaminated objects. 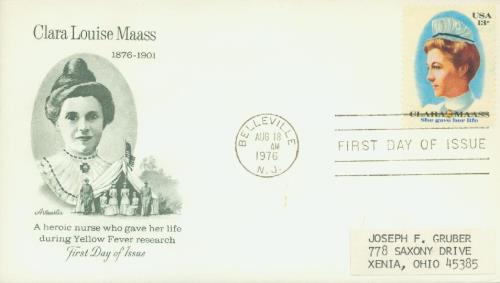 Maass was among the volunteers who allowed themselves to be bitten by infected mosquitoes, even though they were aware it was life threatening.  Many of the volunteers died, but she recovered.  To try to establish that she had built up immunity from her earlier exposure, Maass allowed herself to be infected again in 1901.  This time, she died from the disease, on August 24, 1901, at the age of 25. 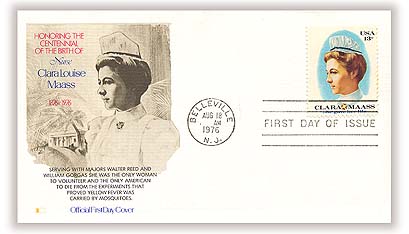 Maass’ death drew attention to the experiments on humans, and the practice was soon ended.  But her contributions helped Walter Reed build upon Cuban doctor Carlos Findlay’s earlier studies, and outbreaks of yellow fever were reduced. 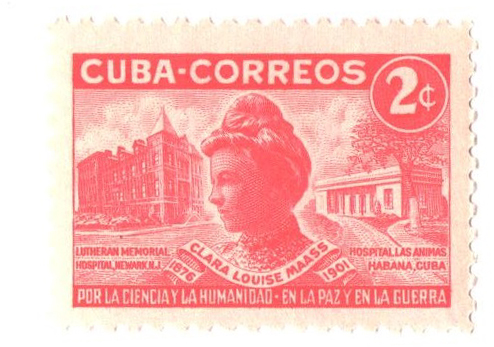 Cuba #462 was issued for the 50th anniversary of Maass’ death.

Maass was initially buried in Havana with military honors, though her body was later moved to Newark, New Jersey.  In 1952, the hospital at which she once worked was renamed in her honor and is today known as Clara Maass Medical Center.  She was also inducted into the Nursing Hall of Fame.