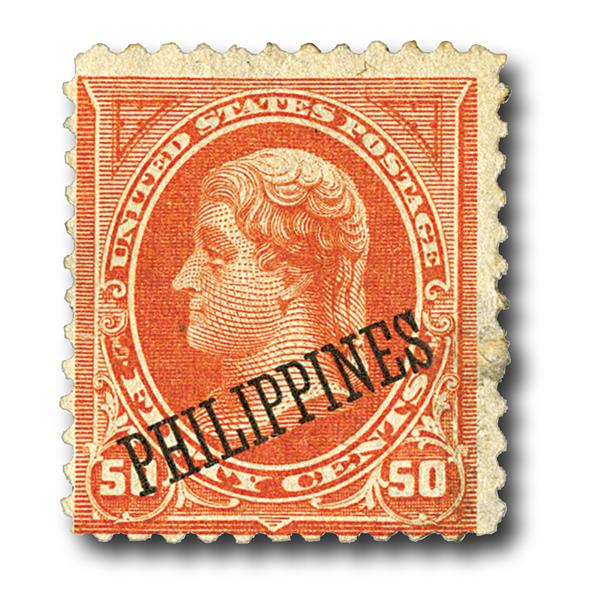 U.S. #PH212 – The first U.S. stamp overprinted for use in the Philippines.

On June 30, 1899, the American military government issued its first stamps in the Philippines. 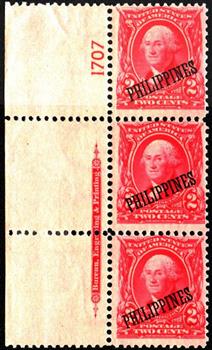 In 1898, the United States and Spain went to war. The chief issue was Cuban independence and the sinking of the American battleship Maine in Havana harbor. American forces easily won the ten-week war, which ended with the Treaty of Paris and U.S. control over Puerto Rico, Guam, and the Philippines.

During the early occupation, the American military government issued U.S. stamps overprinted with the word “PHILIPPINES” in black or red ink. The first stamps were issued on June 30, 1899. 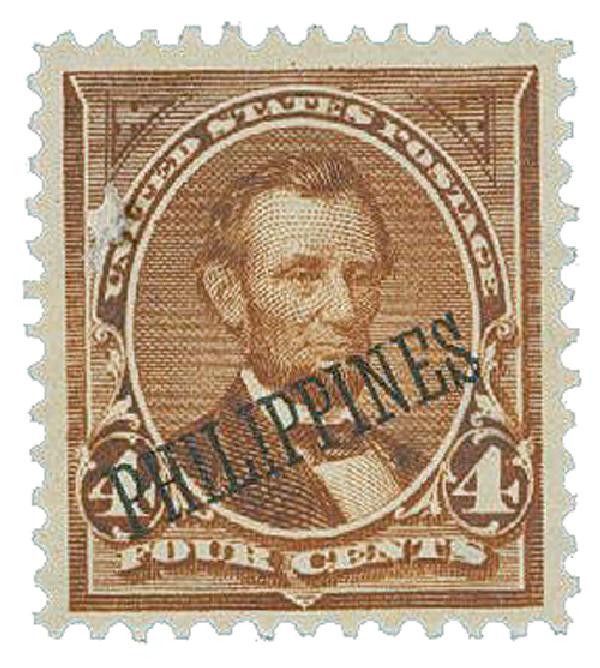 The 1899-1900 Philippines stamps were overprinted in black on the 1894 and 1895 Bureau Issues. The 50¢ Jefferson (#212) is unwatermarked, while the remaining denominations feature a double line “USPS” watermark.

The 1901 Philippines stamps were overprints on stamps from the 1895 Bureau Issues and the Series of 1898-99. The 1903-04 Philippines stamps were overprinted on the ornate Series of 1902-03 U.S. stamps. In 1902, the postmaster general had commissioned an entirely new series of general issues. Until this time, the current regular issues had been in use since 1890 with relatively few changes. 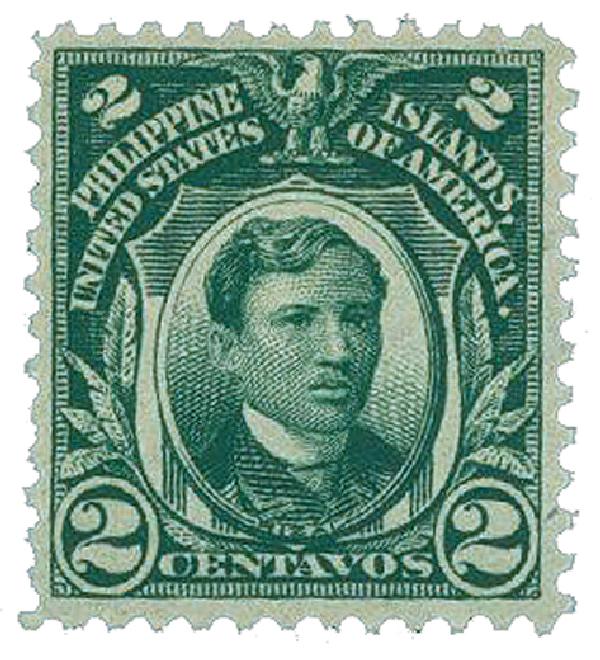 In 1906, the American civil government in the Philippines began issuing the “PHILIPPINE ISLANDS – UNITED STATES OF AMERICA” stamp series. The series featured engravings of famous Filipinos, Americans, and Spaniards on watermarked paper.