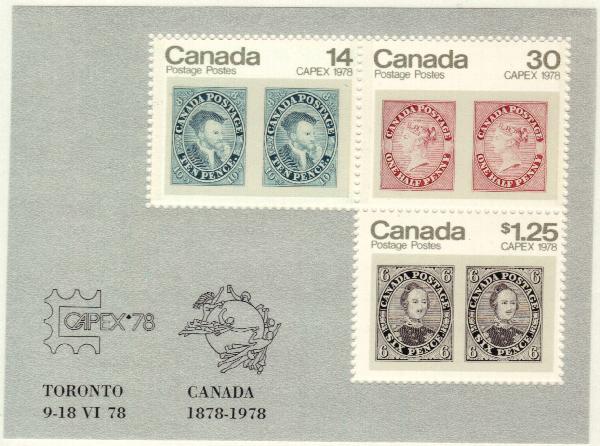 On June 9, 1978, Canada opened its second international stamp exhibition, CAPEX ’78 (CAnadian Philatelic EXhibition). The first time had been in 1951.

The exhibition was held to mark the 100th anniversary of Canada joining the Universal Postal Union (UPU).  The UPU was established in 1874 to make sending international mail easier. Canada joined the organization on July 1, 1878. 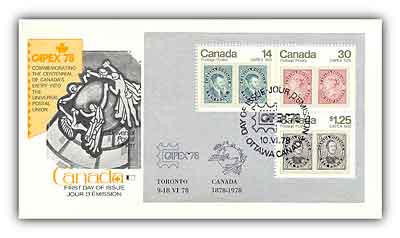 The exhibition was sponsored by the Royal Philatelic Society of Canada and was the largest and most significant philatelic exhibition in the country up to that time.  In preparation for the exhibition, Canada prepared its first souvenir sheet, with a stamp-on-stamp theme.  The stamps pictured imperforate pairs of three classic Canada stamps. 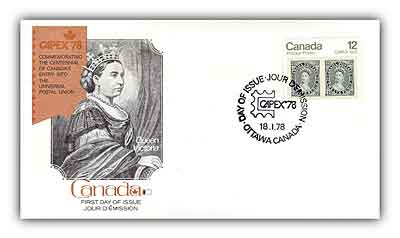 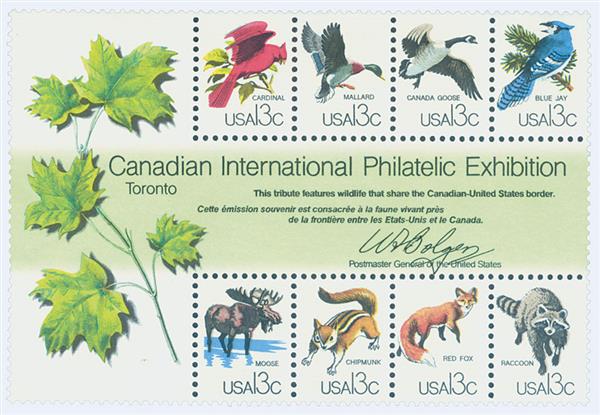 Several countries issued stamps at CAPEX, including the US.  In fact, CAPEX marked the first time the US issued a souvenir sheet in another country and it was only the second time the US had issued a stamp in another country.  The First Day of Issue ceremony took place on June 10, 1978, at the CAPEX Station, Toronto, Canada.  The sheet was also the first to feature stamps that had never been issued individually before. 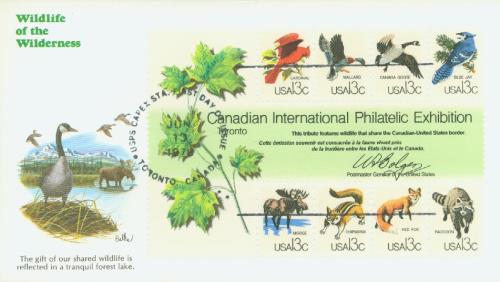 To honor CAPEX, the souvenir sheet featured a wide variety of wildlife shared by both Canada and America.  Stanley Galli, a wildlife artist, designed the stamps.  In recognition of the relationship between the two countries, the sheet also included a statement in both French and English that read, “This tribute features wildlife that share the Canadian‐United States border.”  Collectors from both nations were exceptionally enthusiastic about the sheet. 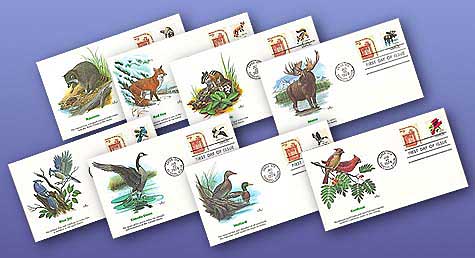