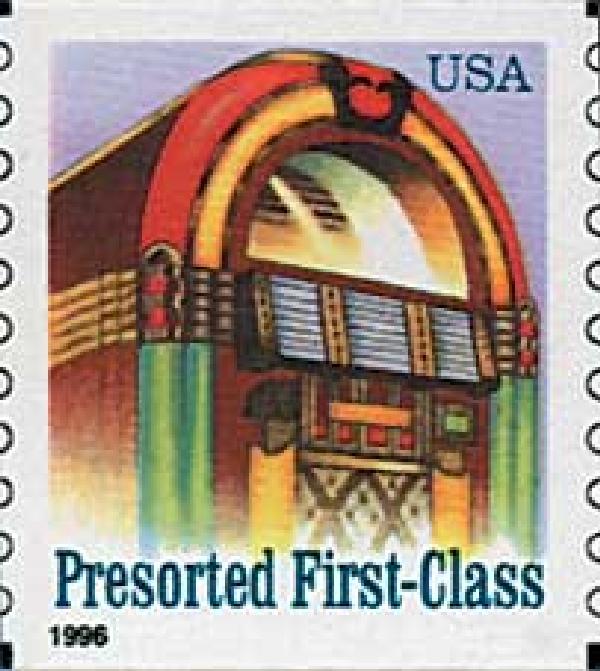 On March 14, 1997, the USPS issued two linerless coil stamps on a small scale to test the potentially money-saving format.

Throughout the 1990s, self-adhesive stamps grew in popularity for their convenience.  So the USPS began looking for ways to produce the stamps more efficiently. 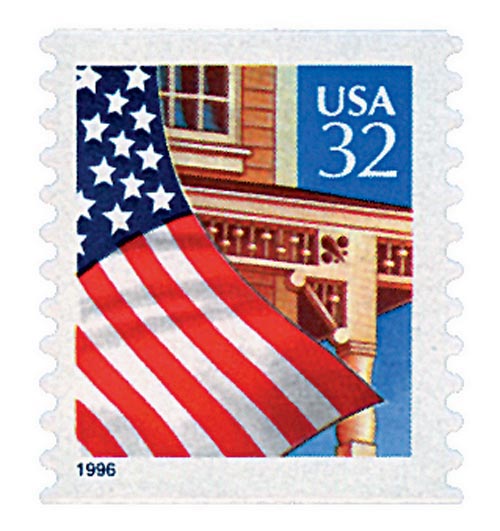 US #3133 was the last Flag Over Porch stamp. Click image to order.

Up until 1997, self-adhesive stamps were produced with a backing paper – a glossy paper the stamps could adhere to, but also be easily removed from.  In an effort to cut costs and be more environmentally friendly, the USPS decided to experiment with linerless self-adhesive coils.  In order to do this, the stamps would have to receive a special silicone coating to keep them from sticking to each other.

The process to produce these stamps would turn out to be quite complex.  For example, the 32¢ Flag over Porch stamps were being printed by Stamp Venturers in Richmond, Virginia. They were shipped to 3M Corporation in St. Paul, Minnesota.  There, they were coated with adhesive on the back and silicone on the front.  The stamps were then shipped back to Stamp Venturers, cut down into 100-stamp coils, and packaged similarly to tape dispensers. 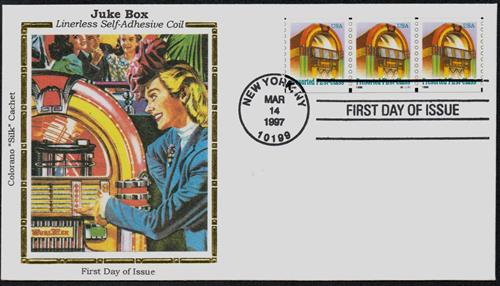 Despite the lengthy process of creating the stamps, the USPS thought the idea had merit, and the first linerless coil self-adhesive stamps (#3132 and 3133) were issued on March 14, 1997.  The stamps were tested at 17 post offices and a few bulk-mail houses.  The stamps received positive feedback and the USPS announced it would continue to issue linerless coils. 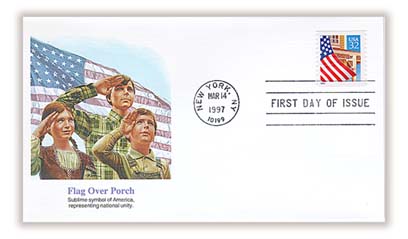 In spite of the positive reviews from customers, collectors weren’t as pleased with the stamps.  An article in Linn’s titled, “New linerless coils not ready for prime time” detailed the issues:

US #3404-07 – The Fruit Berries stamps were issued in four different formats. Click image to order.

“The stamp surface appears to be too slick, a quality that seems necessary for the stamp to be linerless and to peel easily from other stamps in the roll…Is the surface stable?  Is it chemically inert?  In all likelihood, it’s not.  Collectors should think first before putting this new material in their albums or mounts.  Like any of the other new self-adhesive stamps, the storage strip and the new linerless stamps have not stood the test of time.  We collectors are the guinea pigs.”  Perhaps in response to such criticisms, the USPS produced specially treated backing strips to which the stamps could be attached, so they could then be inserted into mounts and displayed in albums. 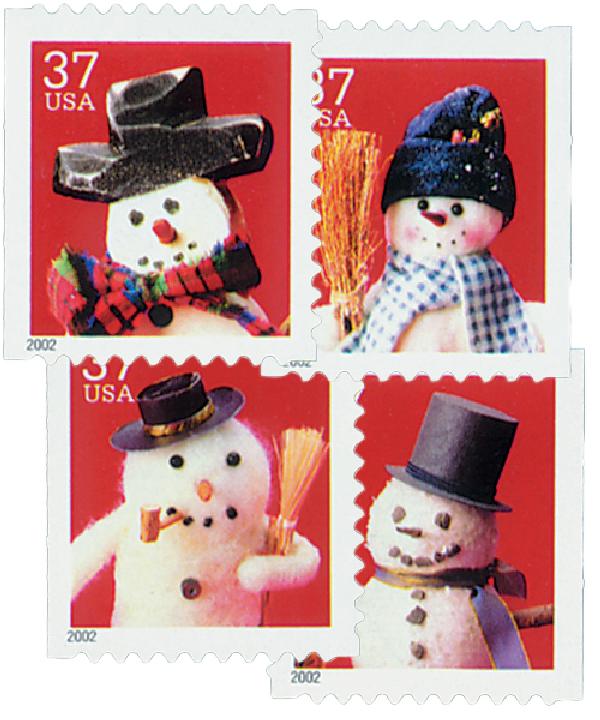