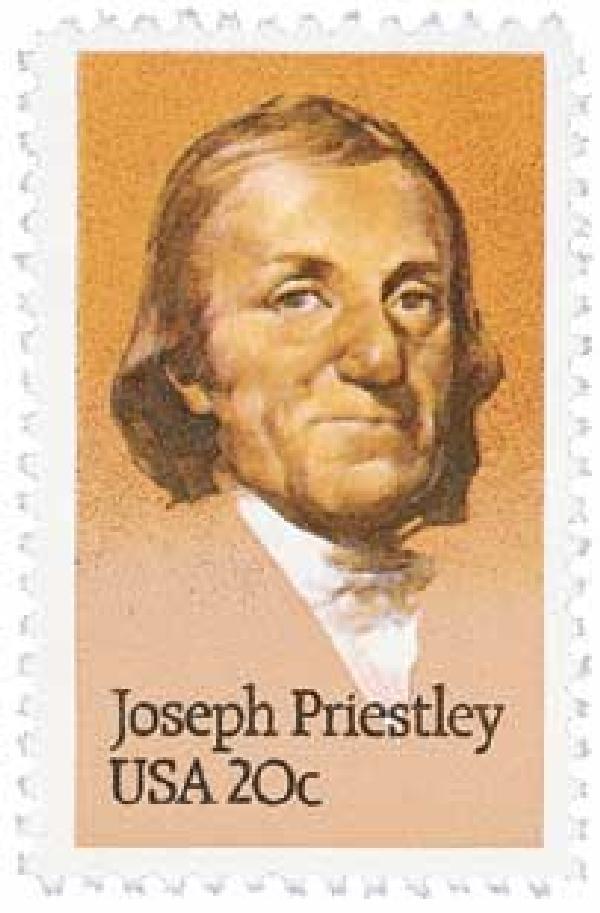 Priestley was born into a relatively successful family that made wool cloth.  He attended the Dissenting Academy.  While there, he renounced Calvinism and adopted Unitarianism, which rejected the Trinity and believed in the perfectibility of man.

Priestley served as a minister for six years and then in 1761, became a tutor in languages and literature at the Warrington Academy in Lancashire.  Priestley had always had an interest in science, but it grew greatly after he met Benjamin Franklin in 1765.  Franklin encouraged him to publish The History and Present State of Electricity, with Original Experiments in 1767.  In that book, Priestley stated that progress in science was more dependent on new facts than theories posed by a few brilliant men.  He put these views into practice for his experiments with the inverse square law of electrical attraction, his discovery that charcoal conducts electricity, and in the relationship between electricity and chemical change.  This work led him to be elected a member of the Royal Society. 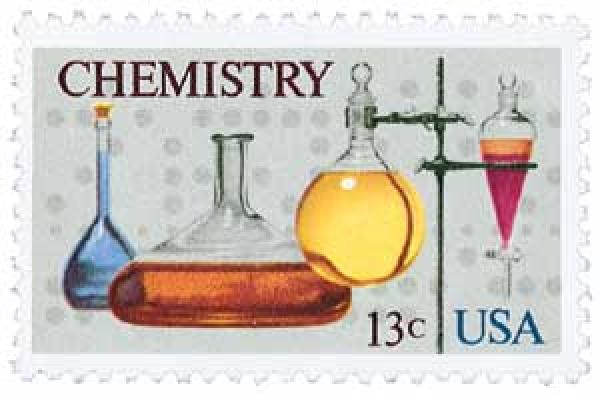 US #1685 was issued for the 100th anniversary of the American Chemical Society.

Priestley then turned his attention to studying gases.  In his research, Priestley discovered 10 new gases, including oxygen.  This work led him to receive the Royal Society’s Copley Medal in 1773.  Also in 1773, Priestley moved to Wiltshire to work as librarian and tutor for the family of the Earl of Shelburne.  While there, he contemplated the role of “common air” on the growth of plants and movement of lakes and seas.  His contemplation strengthened his belief in a benevolent God and also informed the photosynthesis experiments others were performing at the time. 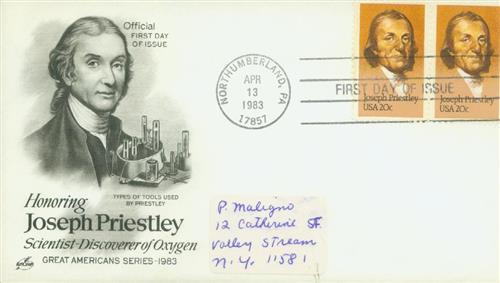 In 1774, Priestley helped establish the Unitarian Church in England.  One of the major goals of the church was to not restrict the beliefs of its members.  Priestley frequently defended the church, stating that it only changed the form of worship, but not the substance of the teachings.

In 1780, Priestley moved to Birmingham where he worked and preached at the New Meeting House.  He also joined the Lunar Society, which sought to use science and technology to improve modern life.  To this end, Priestley designed a machine to produce carbonated water to treat people with scurvy and fevers.  While it didn’t treat those issues, it was later put to use in the soda industry. 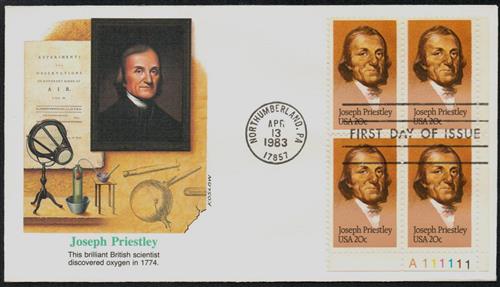 Priestley was a vocal supporter of the American French Revolutions.  In 1791, a mob destroyed his home and laboratory.  For a time he retreated to Hackney and taught at New College, Oxford.  However, he remained unpopular in Britain and he immigrated to the United States in 1794.

Priestley and his family settled in Pennsylvania.  He was offered the position of chemistry professor at the University of Pennsylvania but turned it down.  Priestley delivered a number of sermons that led to the founding of the First Unitarian Church of Pennsylvania. 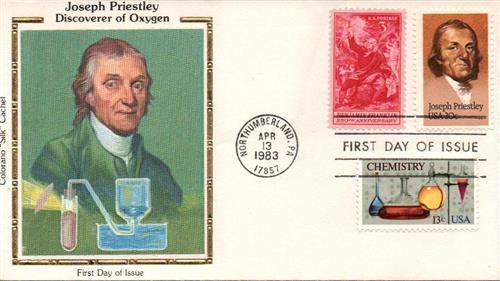 Priestley also maintained his commitment to science and education.  He helped create the Northumberland Academy and donated his library to it.  He also exchanged letters with Thomas Jefferson about the institution that informed his founding of the University of Virginia.  The two became good friends and when Priestley published his General History of the Christian Church, he dedicated it to Jefferson, writing, “it is now only that I can say I see nothing to fear from the hand of power, the government under which I live being for the first time truly favourable to me.”

Priestley’s health declined significantly in 1801, so that he could no longer work.  He died on February 6, 1804.