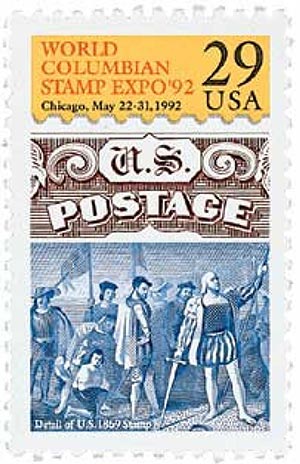 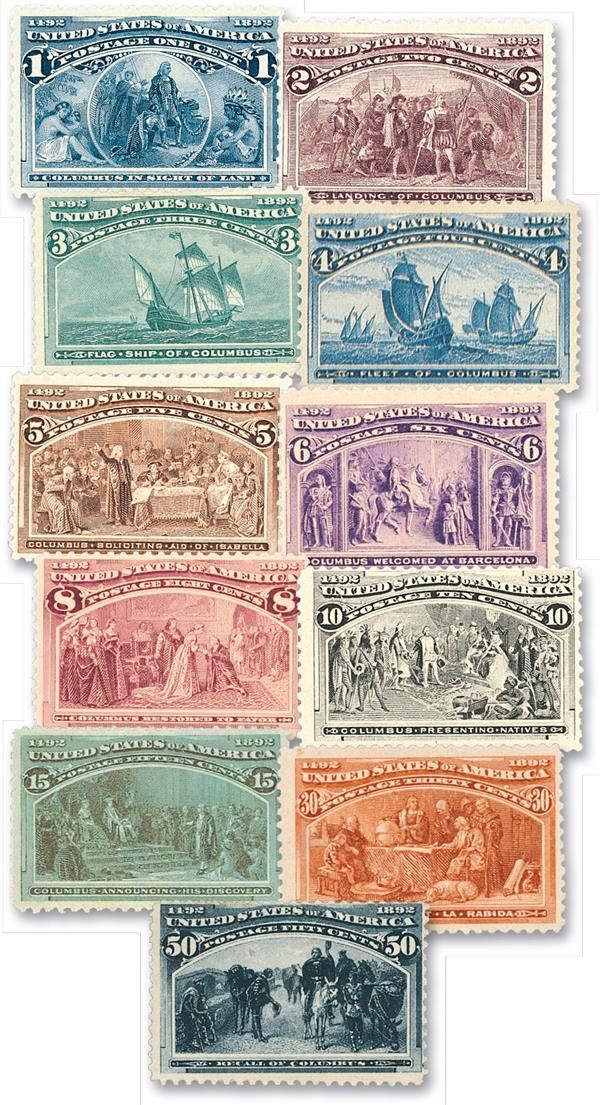 Work began immediately on preparing the exposition grounds.  The exposition was supposed to open on October 21, 1892, but the grounds were so massive, that was impossible.  Instead, the city of Chicago staged an extravagant three-day dedication celebration for October 20-22, which included a massive parade and series of ceremonies.  The parade was held on October 20, 1892.  It was both a celebration of the fair as well as Columbus’ arrival in America.

It was one of the largest single parades up to that time, with a large number of notable guests from a variety of different associations.  Its been estimated there were at least 75,000 parade participants and over a million spectators from around the country.  Click here to see photos of the parade and a long list of those involved in the procession.

October 21, 1892, was the official dedication day.  It began with a sunrise salute by national guardsmen from all the states at the time, numbering about 10,000. President Benjamin Harrison and his cabinet were in attendance.  They then joined in a 300-carriage procession through much of the exposition grounds to the Manufactures building.  The dedication ceremony there included a number of speeches and presentations as well as performances of “The Star-Spangled Banner” and “Hail Columbia.”  The celebrations continued into the night, with the archbishop of Ireland delivering a speech.  The ceremonies concluded the next day with additional dedication ceremonies. 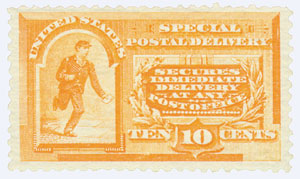 US #E3 – Although it was not issued solely for the Columbian Exposition, US #E3 is considered a part of that issue. Click image to order.

Work on the grounds continued after the dedication so that the exposition could open up on May 1, 1893.  In an age before mass communication, the Columbian Exposition brought nearly 27 million people from around the world together to display the highest level of architecture, art, and industry.  Hundreds of specially designed buildings, fountains, and statues were constructed specifically for the Exposition. 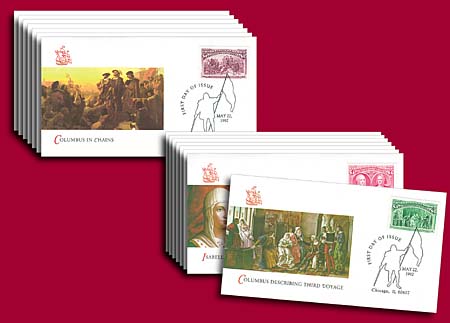 Spanning more than 600 acres, the Exposition featured over 200 buildings by top architects of the time.  The classically styled buildings were all painted white, giving that section of the expo the name, “White City.”  These spectacular buildings served as the inspiration for L. Frank Baum’s Emerald City in the Wizard of Oz as well as Walt Disney’s theme parks (his father was a construction worker at the Fair).  In fact, the Fair’s architecture inspired the nationwide City Beautiful Movement, in which cities coordinated landscapes, promenades, and structures to make more stunning, cohesive urban areas.

With so many people from different places coming to one location, several congresses and parliaments were held to take advantage of the unprecedented gathering.  There were congresses dealing with a number of topics including anthropology, labor, medicine, temperance, commerce and finance, literature, history, art, philosophy, and science. 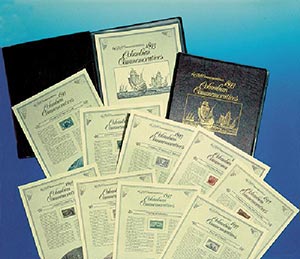 The largest of them all was the Parliament of Religions.  Held from September 11 to 27, it marked the first meeting of representatives of Eastern and Western religions.  Among the speeches given was one by Hindu representative Swami Vivekanand, “As the different streams having their sources in different places all mingle their water in the sea, so, O Lord, the different paths which men take, through different tendencies, various though they appear, crooked or straight, all lead to Thee!”  This quote from the Bhagvad Gita seemed especially fitting for this significant convergence of religions.

The 1893 Exposition was also the first World’s Fair to include national pavilions.  In all, 46 nations participated, introducing Americans to a wide array of new technologies and cultural traditions.  These included German artillery and a Viking ship from Norway.  W.C. Handy, Scott Joplin, and several others also introduced the world to the African-American musical style through performances.

Other significant firsts at the Fair included the first US commemorative coins and the introduction of Cracker Jacks, Quaker Oats, and Shredded Wheat.  The US Post Office Department also issued its first commemorative stamps ever, the highly sought-after Columbians.