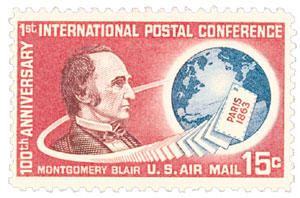 US #C66 was issued for the 100th anniversary of the conference. Click image to order.

On May 11, 1863, representatives from 15 nations met in Paris to discuss postal issues.  That first International Postal Conference would eventually lead to the creation of the Universal Postal Union.

Up until this time, mail between nations had been regulated by a number of different agreements that were binding only to signing members.  At one point, Germany had 17 postal agreements, France had 16, Belgium had 15, and the United Kingdom had 12.  Plus, some nations used different weight measurements – the US and UK used ounces while France used grams.  This made it especially difficult to calculate the postage rates as a letter traveled through different countries. 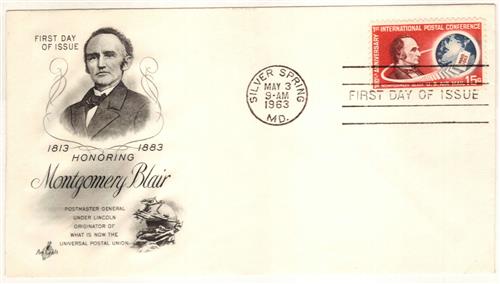 In 1862, US Postmaster General Montgomery Blair issued a report to Congress stating that, “the whole system, as now established, is too complex to be readily understood by postmasters.  Our International mail system is extremely loose and defective.  There is no common standard weight for the single rate.  There is no common rate for sea transit or for overland transit.  The inland transit rate upon domestic correspondences furnishes no rule for the overland transit of foreign correspondence.  Rates upon closed mails are not uniform by distance, or by other common rule and they vary greatly according to the route of carriage.” 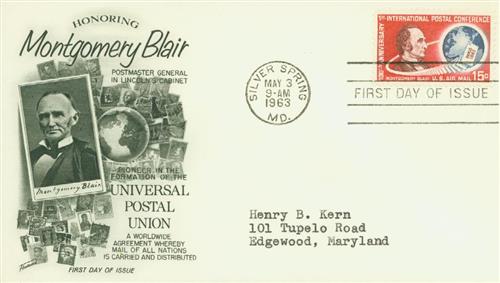 Blair suggested that representatives from different nations meet to discuss their common postal concerns and look for a solution.  The First International Postal Conference as it was called, would be held in Paris, France, from May 11 to June 8, 1863.  In addition to the US, other postal administrations in attendance came from Austria, Belgium, Costa Rica, Denmark, Ecuador, Spain, France, Great Britain, Italy, Netherlands, Portugal, Prussia, Hawaii, and Switzerland. 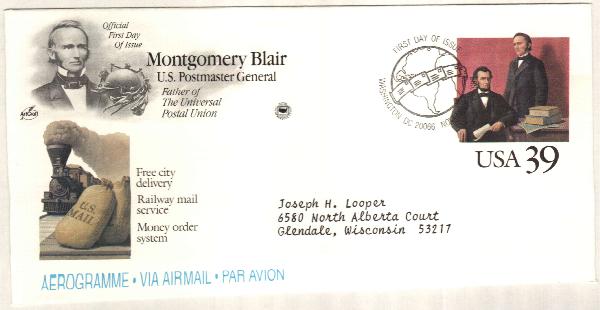 When the meeting ended, the representatives compiled a list of objectives for future postal agreements.  These included reducing international mail rates, reducing or abolishing transit fees, setting uniform postal rates, and establishing clear rules on the exchange of mail between countries.

Although Blair did not intend to create a permanent organization, another conference was held 11 years later in Bern, Switzerland.  Twenty-two nations, comprising the International Postal Congress, drafted and signed the Treaty of Bern, which established the General Postal Union.  Under this treaty, member nations, including Europe, Britain, and the United States, standardized postal rates and units of weight.  They also set forth procedures for transporting ordinary mail, which included letters, postcards, and small packages.  Separate rules governed the transportation of items, such as parcel post, newspapers, magazines, and money orders. 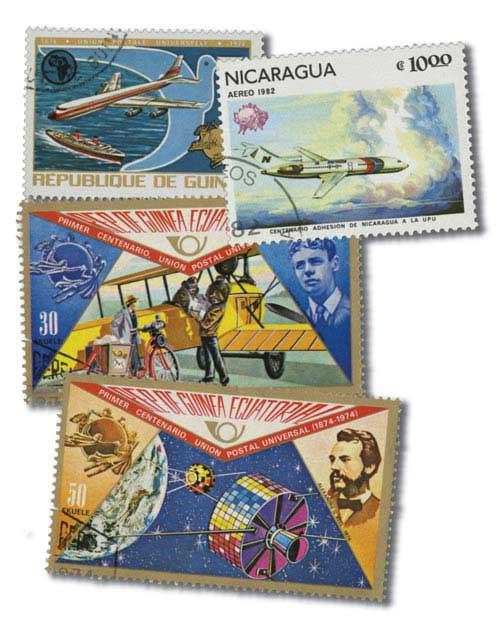 Under this agreement, known as the International Postal Convention, a simpler accounting system was devised as well.  Previously, countries set their own rate for international mail.  In addition, many countries charged a 1¢ surtax for mail being transported by sea for more than 300 miles.  Using the basic idea that every letter generates a reply, the Convention allowed each country to keep the postage it collected on international mail.  However, that country would then reimburse other members for transporting mail across their borders.  The benefits to member nations included lower postal rates, better service, and a more efficient accounting system. 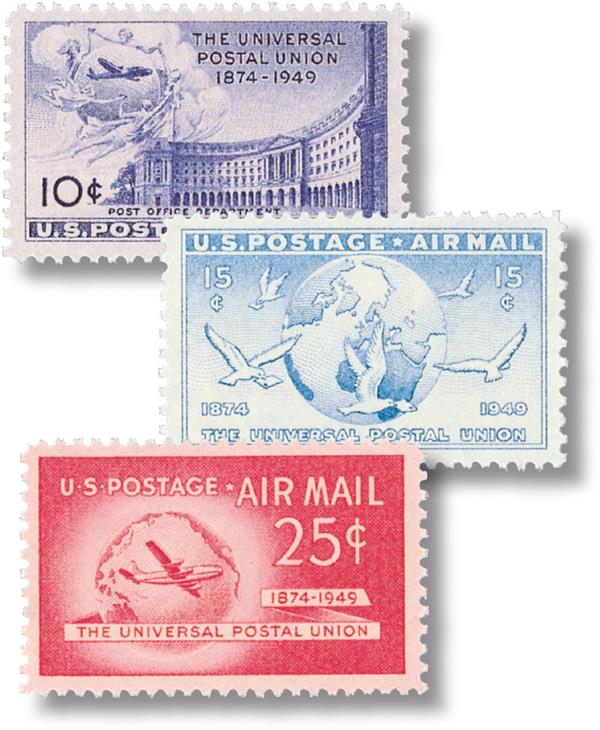 US #C42-44 were issued for the 75th anniversary of the UPU. Click image to order.

In 1878, at a second conference, the name was changed to the Universal Postal Union (UPU).  It wasn’t until the 1880s that the organization became truly universal.  By the 1890s, nearly every nation had become a member.

In 1898, the Universal Postal Union standardized the colors of certain stamps in order to make international mailing easier and more efficient.  They proposed that member nations use the same colors for stamps of the same value.  In order to conform to the UPU’s regulations, America’s 1¢, 2¢, and 5¢ stamps underwent color changes.  Later that same year, the 4¢, 6¢, 10¢, and 15¢ stamps were changed to avoid confusion with current issues printed in similar colors.

In 1947, the UPU became a specialized agency of the United Nations.  Today, it continues to organize and improve postal service throughout the world.  It’s the oldest international organization. 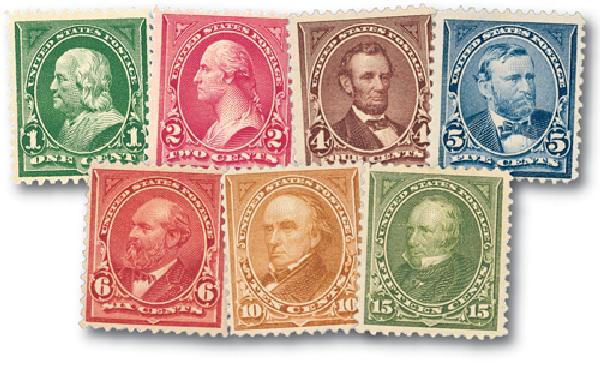 Click here for lots of stamps honoring the UPU.