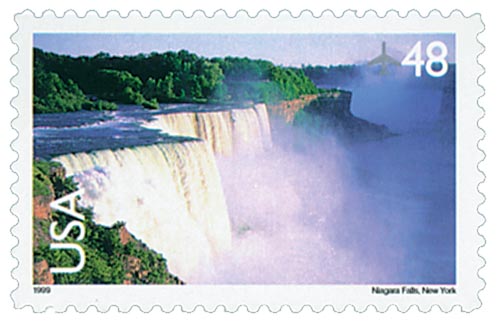 On May 12, 1999, the USPS introduced a new series of Airmail stamps – the Scenic American Landscapes.

These stamps are part of the Airmail series. Airmail as its own separate service came to an end in 1977. After that time, airmail stamps were issued to pay international rates. After 1995, the USPS called these “international-rate stamps,” though they still said “Airmail” on them. 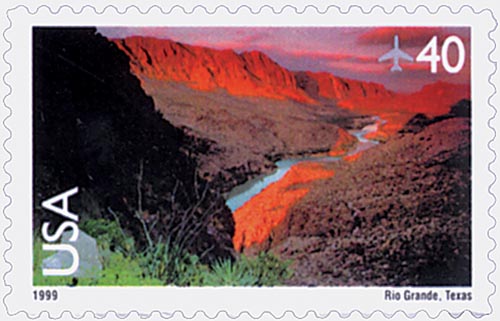 Then on May 12, 1999, the USPS began a new series of Airmail stamps that would picture the “mountains, canyons, and swamps that comprise our country’s diverse and majestic terrain.” However, unlike previous issues, these stamps wouldn’t include the word “Airmail,” rather, they had a small silhouette of a jet next to the denomination. Like the stamps before them, these new issues paid the international rate. But they could also be used to pay for other postal services and make up other rates. New stamps would be issued as the rates changed. There were also postal stationary items including postal cards and aerogrammes. 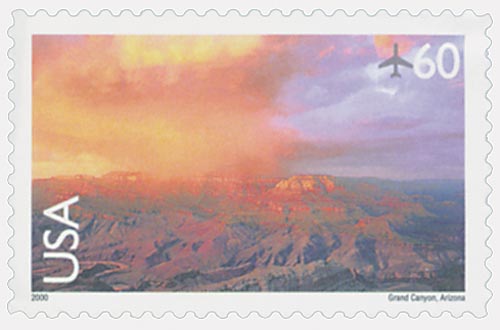 There was a bit of controversy surrounding the third stamp in the series – the 2000 60¢ Grand Canyon issue. When it was first produced, it incorrectly read “Grand Canyon, Colorado.” Once they realized the mistake, the USPS ordered all stamps to be returned and destroyed (about 100 million), though some may have been sold and used on mail. Once the stamp was reissued with the correct state, it was discovered that the photo had been reversed, but the USPS chose not to reprint it again. 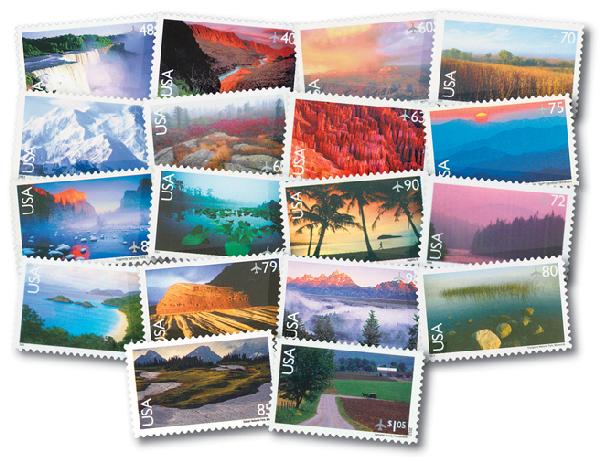 The final stamp in the series was issued on January 20, 2012, and pictured Lancaster County, Pennsylvania. A year later the USPS issued its first Global-rate Forever stamp (U.S. #4740) that would pay the one-ounce letter rate to Canada, Mexico, and the rest of the world.

Click the images below to learn about the rest of the stamps in the series.