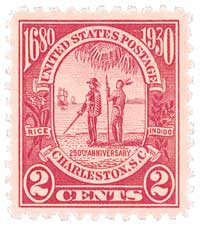 US #683 was issued for the 250th anniversary of the establishment of Charleston. Click image to order.

On May 13, 1862, Robert Smalls, a slave aboard the CSS Planter, stole the Confederate ship and turned it over to Union forces.

Robert Smalls was born into slavery on April 5, 1839, in Beaufort, South Carolina.  When he was 12 he was sent to Charleston to work as a laborer for $1 a week.  While we worked a variety of jobs there, he discovered a love of the sea and was able to find work on the docks and wharves in Charleston.

Smalls learned a lot about the Charleston harbor and became a wheelman, which is similar to a pilot, though slaves couldn’t use that title.  He got married in 1856 and hoped to save enough money to buy his family’s freedom, but by the time the Civil War began, he had only saved about $100 of the $800 needed to do so.

After the war broke out, Smalls was assigned to the CSS Planter, a Confederate military transport.  The ship was responsible for delivering troops and supplies, surveying waterways, and laying mines.  Working in the Charleston Harbor, Smalls could see the federal blockade in the outer harbor just seven miles away.  At some point in April 1862, he began developing a plan to escape. 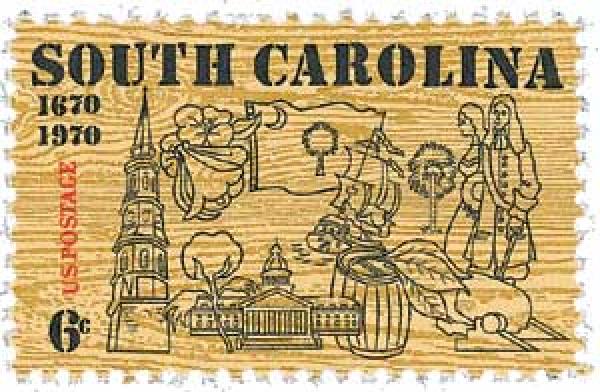 US #1407 was issued for the 300th anniversary of Charleston. Click image to order.

On the evening of May 12, the Planter was docked at its usual wharf in Charleston.  The three Confederate officers left the ship for the night as they usually did, leaving the crew on board.  At 3:00 a.m. on May 13, Smalls donned a captain’s uniform and had the other slaves raise the South Carolina and Confederate flags.  He then sailed the ship to the West Atlantic Wharf to pick up his family and other slaves.  Smalls led the ship past two Confederate forts, flashing the proper signals so as not to raise suspicion.  Then, as they approached the Union blockading fleet, he raised a white flag and surrendered the ship. 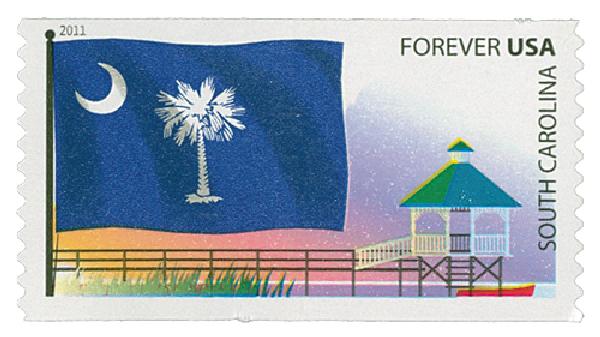 US #4320 – The palmetto tree on the South Carolina flag represents William Moultrie’s heroic defense of the palmetto-log fort on Sullivan’s Island during the Revolutionary War. Click image to order.

At first, the Union ships couldn’t see the white flag and nearly fired on the Planter.  But as the sun began to rise, they could see the flag and lowered their guns.  As one witness recalled, the crew and their families then flooded the deck, “some dancing, some singing, whistling, jumping; and others stood looking towards Fort Sumter, and muttering all sorts of maledictions against it.”  Smalls then announced that they had brought the United States some of its old guns.  Upon boarding the ship, the American captain found two light guns, four loose artillery pieces, and 200 pounds of ammunition.  Even more valuable, he discovered a book of Confederate signals and map of the locations of mines and torpedoes in Charleston harbor. 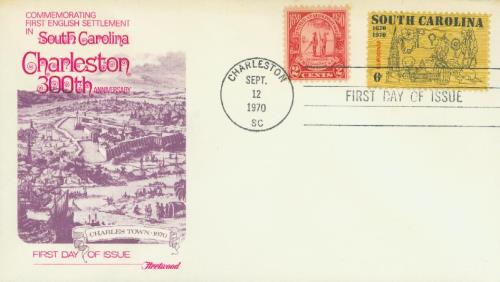 Smalls also shared his own knowledge of the area’s waterways and informed the Union officers that there were far fewer Confederate troops in the area than they thought.  This information helped them to capture Coles Island and its batteries a week later.  Smalls quickly became a hero in the North.  He and his crew were then awarded half the proceeds from the ship, with his portion being $1,500.  Meanwhile, the Confederates put a $4,000 bounty on his head. 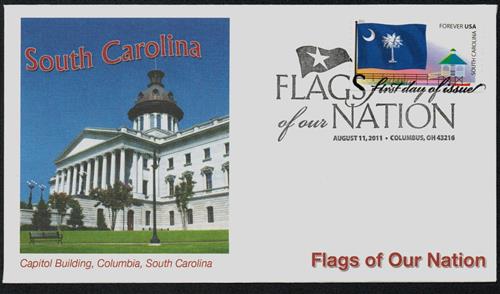 Smalls then joined the US Navy and served aboard the Planter in the South Atlantic Blockading Squadron.  When the ship came under fire and its captain hid, Smalls took command and was then promoted to captain.  He was then one of the highest paid black soldiers, earning $150 a month. 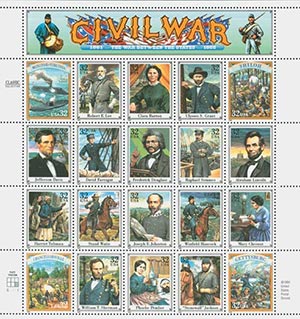 US #2975 honors several people and battles from the Civil War.  Click image to order.

Smalls participated in about 17 battles during the war and was aboard the Planter during a ceremony in Charleston Harbor at the war’s end in April 1865.  Smalls went on to serve in the South Carolina State Assembly, Senate, and US House of representatives.  He created legislation that formed South Carolina’s first free and compulsory public school system.  He died on February 23, 1915.