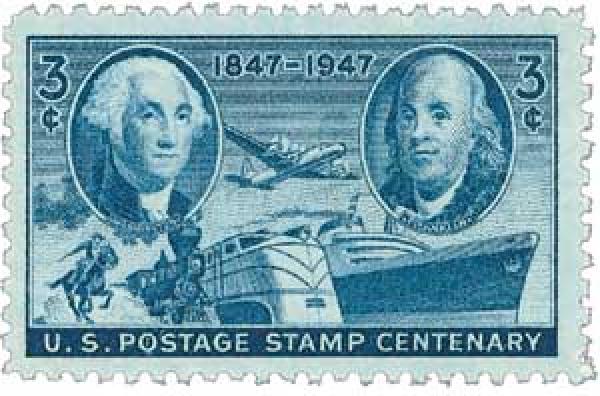 On May 17, 1947, doors opened on the Centenary International Philatelic Exhibition in New York City.

America hosted its first international stamp exhibition in 1913. This was followed by another in 1926, for which the famed White Plains souvenir sheet, U.S. #630, was issued. After this, the shows exhibitions were to be held every 10 years, with the next one coming in 1936. However, for the 1940s, the U.S. decided to delay the exhibition for a year so it could coincide with the 100th anniversary of America’s first stamps. For this reason, it became known as CIPEX – the Centenary International Philatelic Exhibition. 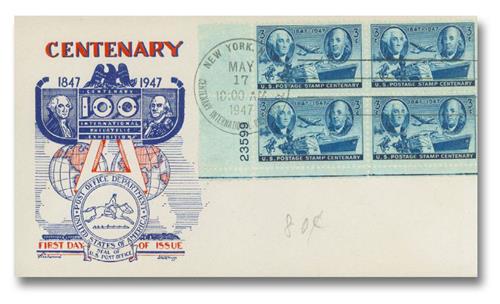 CIPEX’s organizers also offered other nations a chance to celebrate their own centenaries during the event. Because of World War II, Great Britain, Switzerland, and Brazil were unable to hold events celebrating the 100th anniversaries of their first postage stamps (in 1940 and 1943). Their governments happily took advantage of the offer and held special events throughout the exhibition.

A notable and unfortunate event that preceded the exhibition was the sudden death of noted collector and CIPEX chairman Alfred F. Lichtenstein. In response, the organizing committee created a Court of Honor in his name. More than 200 collectors from the U.S. and around the world lent some of their most prized stamps for this display – creating a Court of Honor like none ever seen before. It included virtually every variety of stamp issued between 1840 and 1870. 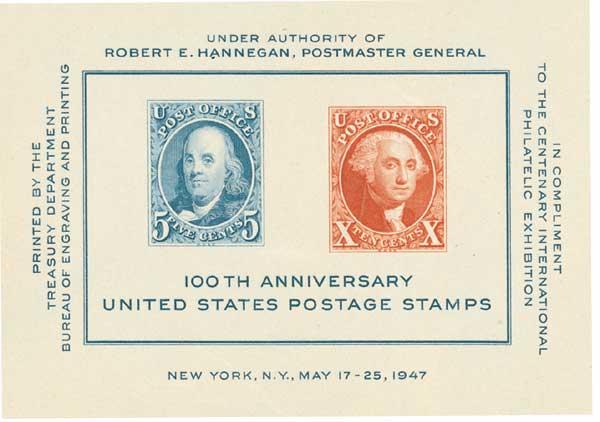 U.S. #948 features reproductions of the first U.S. postage stamps. When cut from the sheet, they were valid for postage.

CIPEX officially opened to the public at 10 AM on May 17, 1947. The line to get in stretched around the block. At 10:15, the opening ceremony began with opera star Giovanni Martinelli’s rendition of the “Star Spangled Banner,” accompanied by the New York Post Office Band. After the opening ceremony there was a special unveiling of the 1¢ British Guiana exhibit. It was loaned for exhibit and appeared in a specially constructed jewel box. Viewers then quickly lined up to get a closer look at the world’s most valuable stamp. 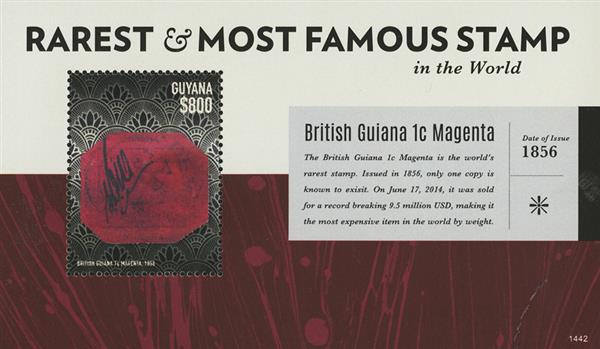 During the festivities, stamp dealer and author Prescott Thorp, stated, “We stand on the threshold of a new world era. People from far corners of the earth stand incredulous and fearful of the future. Contacts between the peoples of different nations are few and far between, and understanding between them is, to say the least, difficult. Stamp collecting is international in character. We in our hobby possess a fabulous touchstone, the ‘open sesame’ to complete understanding with one another… our ‘empire’ extends into every nook and cranny of the entire world.” 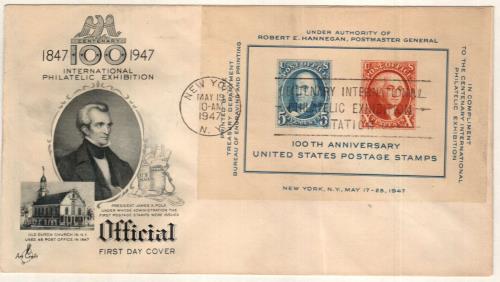 Over the course of nine days, thousands of collectors filled New York City’s Grand Central Palace. The exhibition spanned three whole floors and included 119 booths. According the show catalog, there were 805 exhibits from 588 collectors in almost 2,100 frames. 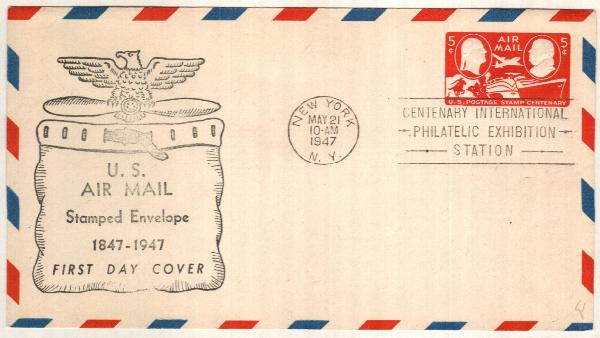 To mark the exhibition, the Post Office issued three items: a commemorative stamp, a souvenir sheet, and an airmail envelope. The commemorative stamp was issued on the exhibition’s opening day, May 17. On that first day alone, over 7.5 million of these stamps were bought (at the exhibition and other New York post offices) and 712,000 covers cancelled – both of which were all time highs. Additionally, when the souvenir sheet was issued two days later, over 2.3 million were sold and 602,000 canceled on covers, another record for this type of item. The airmail envelope was popular as well. When it was issued on May 21, there were more than 556,000 sold and 421,000 cancellations.