US #2181 from the Great Americans Series.

Cassatt was one of seven children born into an upper-middle-class family.  They moved to Lancaster, Pennsylvania and later Philadelphia, where Cassatt first attended school at the age of six. 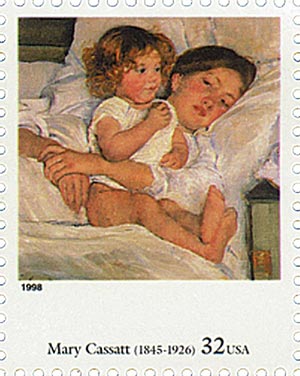 US #3236o from the Four Centuries of American Art issue.

Cassatt’s family encouraged world travel, so she spent five years in Europe, visiting London, Paris, and Berlin, among other places.  She had some of her first art and music lessons there, which set her on the course to become an artist.  While her family didn’t like the idea of her becoming an artist, she attended the Pennsylvania Academy of Fine Arts when she was 15. 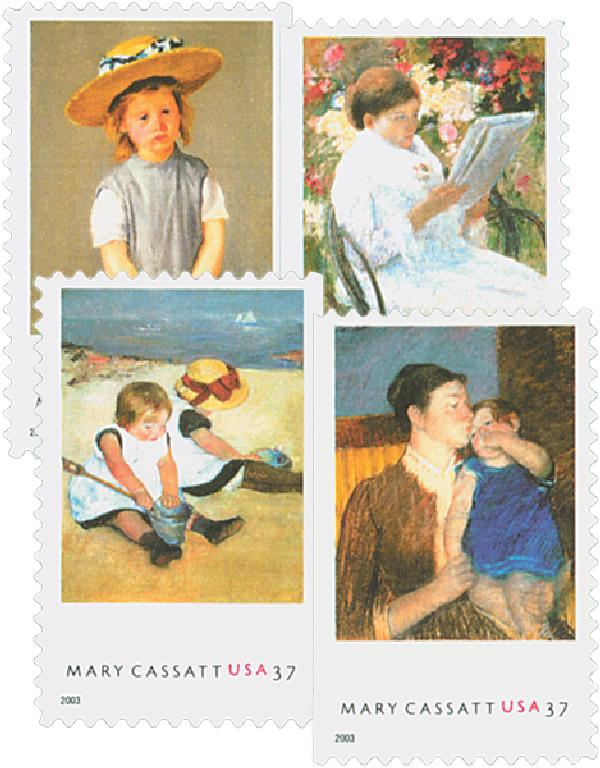 Cassatt remained at the school until 1865.  She was unhappy with her education there – the pace was too slow for her and she found the male students to be patronizing.  Although her father opposed it, Cassatt moved to Paris in 1866.  At the time, women were unable to attend the École des Beaux-Arts, so Cassatt received private lessons from Jean-Léon Gérôme.  She also spent a good deal of time at the Louvre copying the famous paintings there, as was often done by women in Paris at the time.

Cassatt eventually started studying under Charles Joshua Chaplin and Thomas Couture.  In 1868, the jury at the Paris Salon selected her painting A Mandoline Player.  She was one of the first two women to exhibit her work at the Salon. 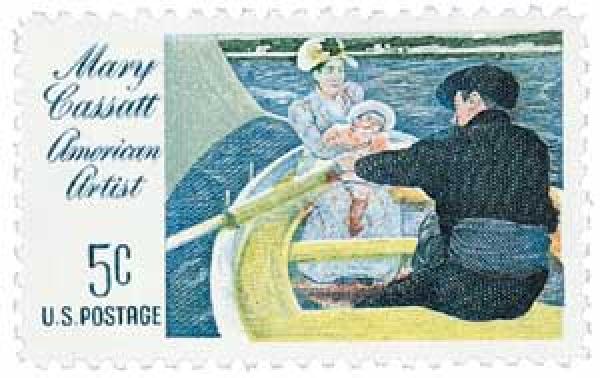 US #1322 pictures Cassatt’s The Boating Party.

Cassatt returned to the US 1870 but was frustrated.  She placed some of her work on display in a New York gallery, but it didn’t sell.  She was also saddened by the lack of paintings to study.  She considered giving up painting, but moved to Chicago in search of new opportunities. There she met a man who hired her to paint copies of two paintings by Correggio in Italy.  He gave her the money she needed to return to Europe, which made her very happy. 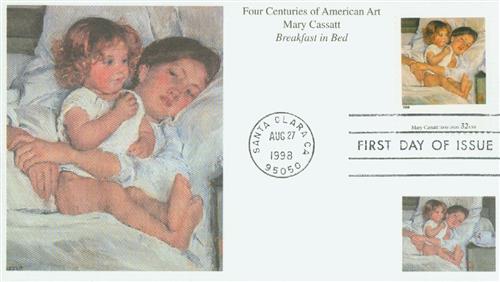 Things improved for Cassatt once she moved to Italy.  Her painting, Two Women Throwing Flowers During Carnival was very popular at the Salon, earning her significant attention.  After she completed her commissions, she went to Madrid and Seville to paint Spanish subjects.  In 1874, she returned to France and opened a studio in Paris.  However, she grew frustrated with the Salon, finding that it too often dismissed the work of female artists. 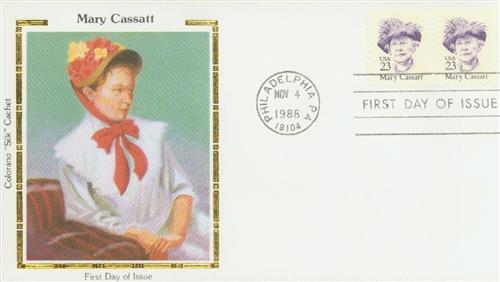 It was around this time that Edgar Degas invited Cassatt to display some of her work in a show put on by Impressionist painters.  Cassatt had great respect for Degas and said his art changed her life, so she was thrilled to join them.  Cassatt found new inspiration painting in this style, carrying her sketchbook everywhere she went.  The Impressionist shows did well, but they also faced significant criticism. 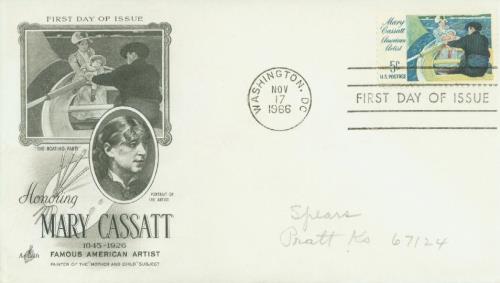 In 1886, Cassatt had two paintings in the first Impressionist exhibit in the US.  Around that same time, however, she began to move away from that style to a more straightforward one.  She no longer identified herself with a specific art movement and enjoyed experimenting with several different techniques. 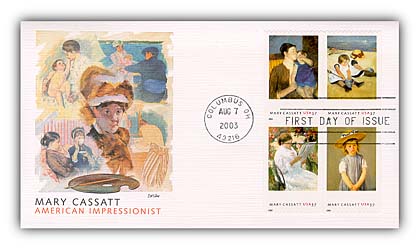 In 1891, Cassatt was hired to paint a 12-foot by 58-foot mural for the Women’s Building at the 1893 World’s Columbian Exposition.  Unfortunately, the massive mural was lost after the expo ended when the building was torn down.

After around 1900, most of Cassatt’s paintings focused on mothers and children.  She had two paintings on display at the famed 1913 Armory show, which both depicted mothers and children.  Cassatt suffered from several health issues that left her nearly blind, forcing her to stop painting in 1914.  She died on June 14, 1926.  Among the honors bestowed on her since her death are a WWII Liberty ship and induction into the National Women’s Hall of Fame.