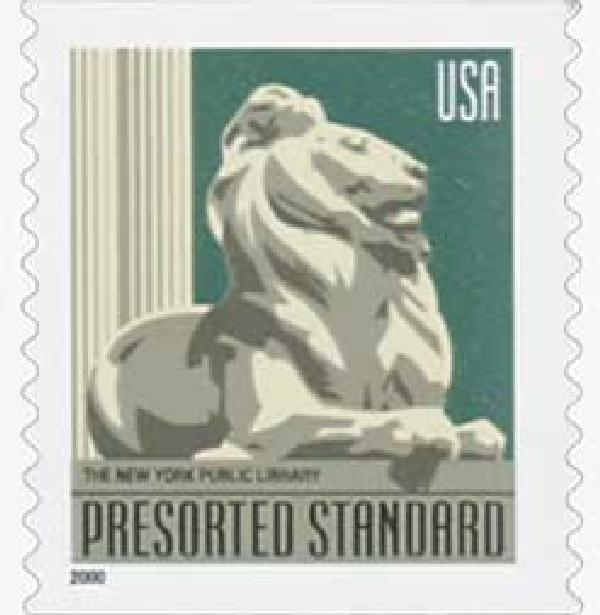 US #3447 – The library’s two lion statues are named Patience and Fortitude.

At the suggestion of friend and librarian Joseph Cogswell, businessman John Jacob Astor included a donation of $400,000 in his will to be used to start a public library. After his death in 1848, a board of trustees founded the Astor Library, which opened in the East Village of New York City in 1854. 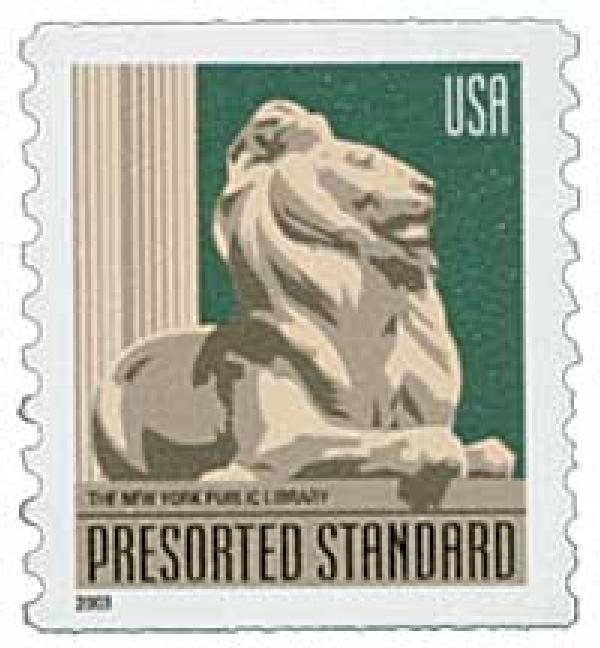 US #3769 is a water-activated gum version of the self-adhesive stamp above.

The resulting library was a free reference library, in which books were not allowed to be checked out. By 1872, the New York Times described the Astor library as a “major reference and research resource,” but “Popular it certainly is not, and, so greatly is it lacking in the essentials of a public library, that its stores might almost as well be under lock and key, for any access the masses of the people can get thereto.”

Two years earlier, the Lenox Library had been incorporated. Founded by philanthropist James Lenox, it housed a large collection of America history, art, manuscripts, and rare books, including the first Gutenberg Bible in America. However, the Lenox Library charged admission and didn’t allow people to check out books either.

A major stepping-stone came in 1886, when the former governor of New York, Samuel J. Tilden died and left the majority of his fortune – about $2.4 million – to “establish and maintain a free library and reading room in the city of New York.” The funds sat unused for several years until two trustees had the idea to merge the Astor and Lenox libraries. Both libraries were struggling at the time, and though the city had several libraries, most were privately funded and charged admission and usage fees. 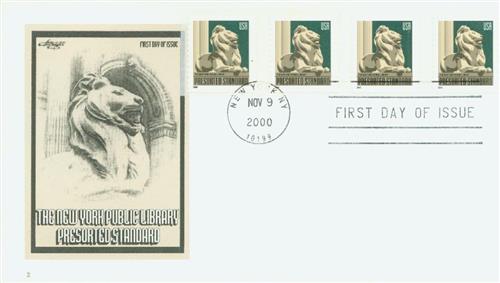 The two trustees got the owners of both libraries to agree to the idea and on May 23, 1895, created the New York Public Library, Astor, Lenox and Tilden Foundations. In 1901, Andrew Carnegie agreed to donate $5.2 million to help pay for the construction of 65 branches throughout New York City. Among these would be the central main branch, located on Fifth Avenue. The cornerstone was laid in May 1902 and in 1910, 75 miles of shelves were installed. It then took a year to move all the books from the Astor and Lenox libraries. 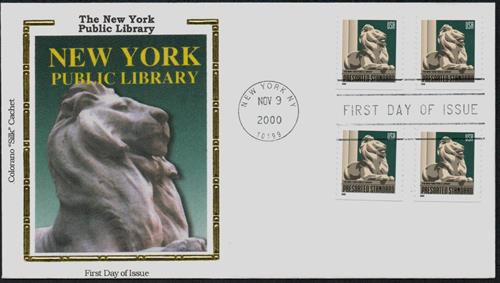 The main branch opened on May 23, 1911, exactly 16 years after the library had been founded. President William Howard Taft presided over the dedication ceremony, which was attended by 50,000 people. The library contained over 1 million books and was the largest marble building up to that time. Its main reading room was also the largest at the time. In 1965, the building was declared a National Historic Landmark. In the 1980s, the library’s collection had grown so large, the building was expanded by 125,000 square feet with new facilities below Bryant Park. 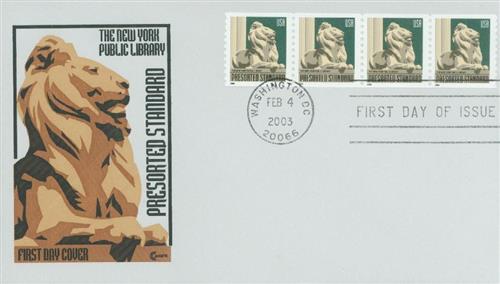 Today, the New York Public Library is the second largest public library in the country (behind the Library of Congress) and the fourth largest in the world. It houses 53 million items across 92 locations. In addition to books, manuscripts, pictures, maps, film, microfilm, braille books and recordings, the library also offers lectures, concerts, movies, discussions, and children’s story hours. 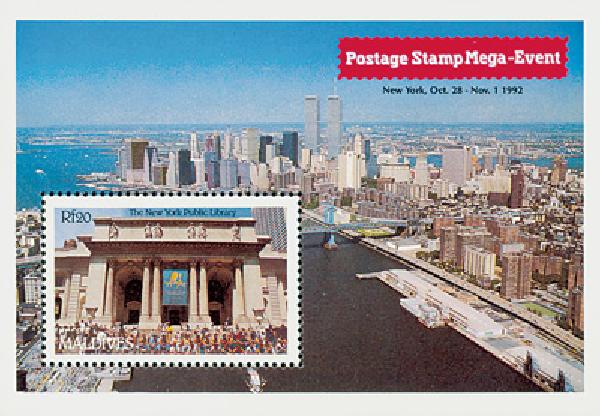