Opening of the Brooklyn Bridge 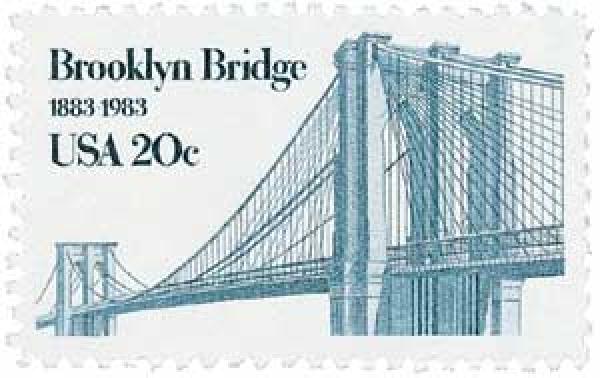 On May 24, 1883, the Brooklyn Bridge opened to traffic after 14 years of construction. 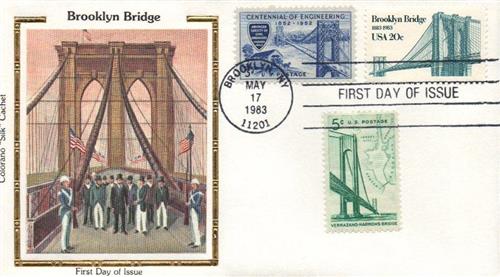 Roebling first had the idea for the Brooklyn Bridge in 1852 while riding a ferry between Brooklyn and Manhattan. The ferry was slowed because it got stuck in the ice, and Roebling began to consider the possibility of building a bridge to connect Brooklyn and Manhattan. After 15 years of pushing for the project, Roebling received the state’s support when the Senate passed a bill allowing the bridge’s construction in February 1867. The New York and Brooklyn Bridge Company was incorporated two months later. 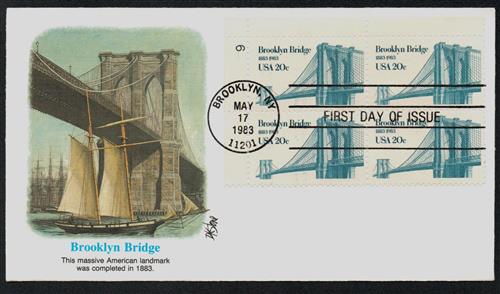 Construction on the New York and Brooklyn Bridge began in 1869. However, on June 28, an arriving ferry crushed Roebling’s foot. His injured toes were amputated and he refused any medical treatment, wanting to cure himself with water therapy. He died less than a month later, leaving his son Washington Roebling in charge of the project. 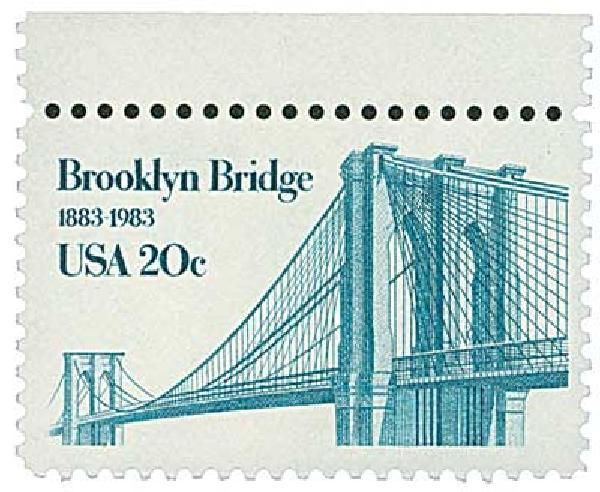 Item #MA1431 – Brooklyn Bridge short transfer error. The error is on the left-hand side of the stamp. The cable and bridge don’t extend as far as they should.

During the construction of the two towers, many workers became sick with the bends because of the underwater work. Washington Roebling was paralyzed from his injury and had to oversee the construction from home. His wife, Emily Warren Roebling, then stepped in to help. Emily had studied advanced mathematics, catenary curves, and bridge and cable construction, and would spend the next 11 years supervising the project. In all, the bridge cost $15.5 million (about $393 million in today’s dollars) and 27 men died during construction. Among the bridge’s interesting features are a series of vaults under the Manhattan anchorage. These opened in 1876 and were used to store wine because they were always 60 degrees. 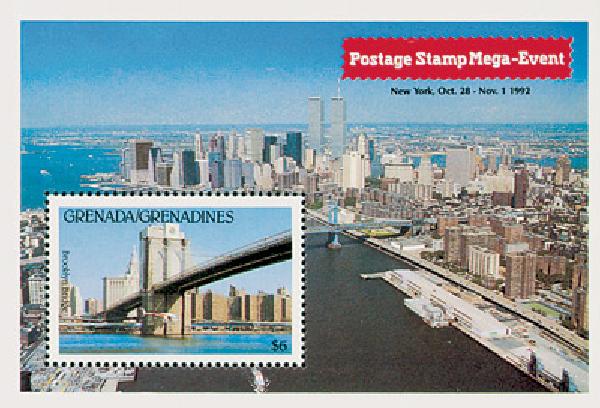 Once construction was completed, the bridge officially opened to the public on May 24, 1883. It was the world’s longest suspension bridge at the time, measuring 5,989 feet. Thousands of people came to watch the spectacle, including several boats in the East Bay. President Chester A. Arthur and New York Mayor Franklin Edson crossed from Manhattan to Brooklyn, where they met Mayor Seth Low. The celebrations included cannon fire, a band performance, and fireworks. After the ceremonies, President Arthur visited Roebling’s home to congratulate him on the bridge’s completion. Emily Roebling was the first to cross the bridge after the president and mayor. She was followed by 1,800 vehicles and 150,300 people over the course of the first day. 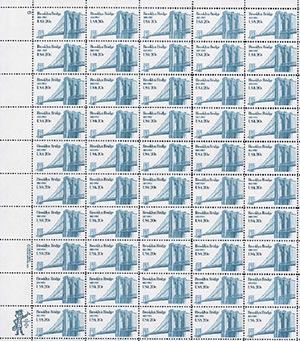 The following year, PT Barnum staged a special event on the bridge to convince naysayers that it was stable and safe. On May 17, 1884, he led a parade of large animals across the bridge, incuding over 20 elephants. Among the elephants was their world-famous star Jumbo, who weighed over 7 tons.

Click here for a neat documentary about the bridge.