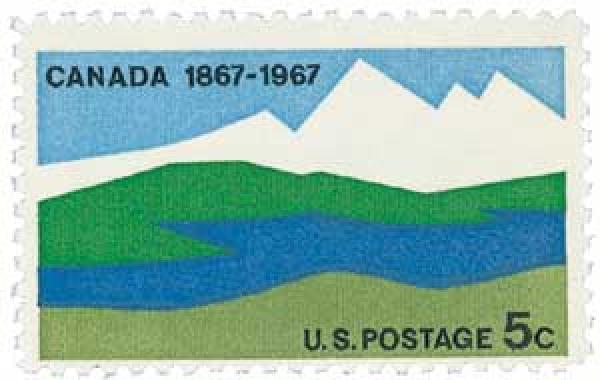 US #1324 was the first US stamp with First Day ceremonies outside of the US.

On May 25, 1967, the Canada Centennial stamp was issued in Montreal – the first time a US stamp had a First Day ceremony in another country.

The stamp, designed by Ivan Chermayeff, was first made available at the United States Pavilion at Expo ’67 in Montreal Canada. The First Day Covers created there were the first US covers with a first-day cancellation from another country.   The stamps were then made available at US post offices the following day. 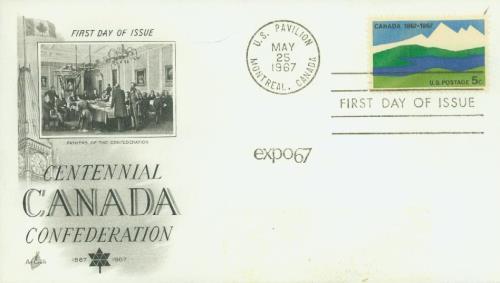 In announcing the stamp, US Postmaster General Lawrence O’Brien stated, “This stamp is one more evidence of the many areas of cooperation that have existed between our nations. We have disarmed our border; we have shared the costs of defense; we have divided power at Niagara; together we have built the St. Lawrence Seaway; we have, in friendship and respect and in the spirit of the good neighbor, shared in developing the resources of an enormously fruitful and generous continent.” 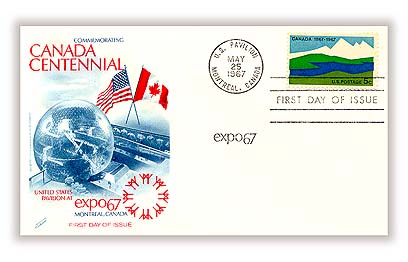 The same day the stamp was issued, Expo ’67 celebrated the National Day of the United States of America with a jazz festival. The festival included performances by Muddy Waters, the Newport All-Stars, Dave Brubeck, and several others. 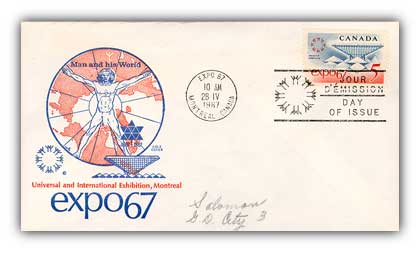 Expo ’67 ran from April 27 to October 29, 1967, and is considered the most successful World’s Fair of the 20th century. A total of 62 nations participated and a record 569,500 visitors attended on the third day. The Expo included many other interesting events, including a live broadcast of The Ed Sullivan Show. Among the notable visitors were Queen Elizabeth II, President Lyndon B. Johnson, Princess Grace of Monaco, Robert F. Kennedy, Jackie Kennedy, Charles de Gaulle, and Harry Belafonte. 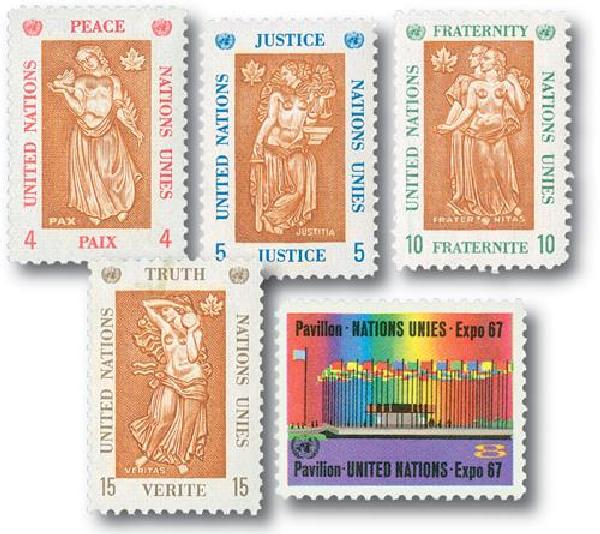 The History Behind the Stamp

The Province of Canada was established in 1841 and was divided into two parts – Canada West and Canada East. Although the idea of a legislative union of all British colonies in America had been around since the 1750s, little progress was made for over 100 years. In 1859, Alexander Galt and two others traveled to Great Britain to propose a confederation of the British colonies to Parliament, who received the idea with “polite indifference.” 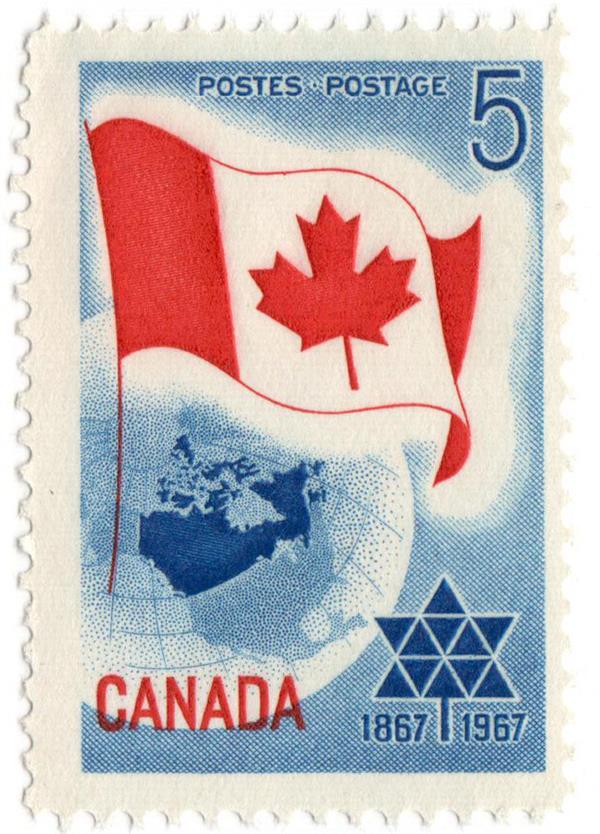 By 1864 the terms of the 1840 Act of Union had become impractical, so a Great Coalition of parties was established to improve the political system. Other factors leading to this included the end of the Canadian-American Reciprocity Treaty (which had granted free trade); an inter-colony railroad to improve trade and military movement; the US doctrine of Manifest Destiny (meaning possible US invasion of Canada); and new British policy that would remove their troops from their colonies.

At the 1864 Charlottetown and Quebec Conferences, representatives from Canada, New Brunswick, and Nova Scotia met to discuss plans to join the colonies together. Two years later, 16 representatives traveled to London where they presented 72 resolutions (known as the London Resolutions) to Queen Victoria. The following January (1867), they drafted the British North America Act, which established the name of the new country as Canada, renamed Canada East Quebec, and Canada West became Ontario. The greatest subject of debate was how to classify the new country – eventually, “dominion” was selected. The Act was presented to Queen Victoria in February 1867 and passed on March 29, with July 1 set as the date of the union. Today, this is celebrated as Canada Day.