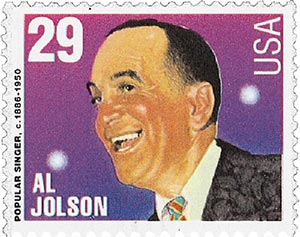 Born in Yoelson in Srednike, Lithuania, Jolson and his family moved to Washington, DC, in 1894 as his father wanted to provide a better life for his children. After his mother’s death in 1895, Jolson was heartbroken and withdrawn for several months. But that same year, he and his brother discovered show business and were immediately drawn to it. 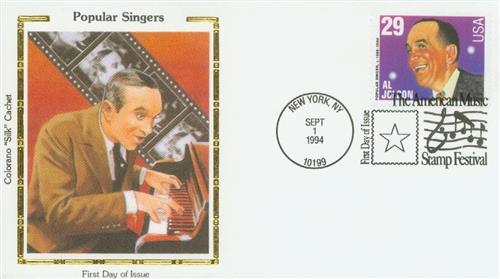 By 1897, Jolson and his brother were singing on street corners for money, which they then used to watch shows at the National Theater. In 1902, Jolson got a job as an usher with a circus, but he impressed the owner with his singing and was allowed to sing during some of the segments. However, the circus folded later that year. Jolson went on to join a burlesque show, but that also closed down. Jolson then joined his brother in a vaudeville partnership. 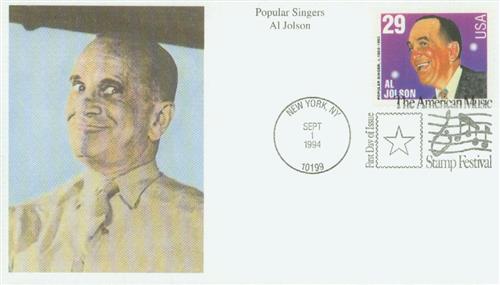 Over the next few years, the Jolson brothers and Joe Palmer toured the nation on their own successful vaudeville show. By 1909, they had split up, but Jolson joined a minstrel group. His exuberant singing style and personal magnetism made him a favorite with audiences and in 1911 he made his Broadway debut in La Belle Paree. That helped to kick-start his singing career. After that, Jolson appeared in a number of musicals. It was during the production of Sinbad in 1918 that he made the Gershwin tune “Swanee” his trademark number. 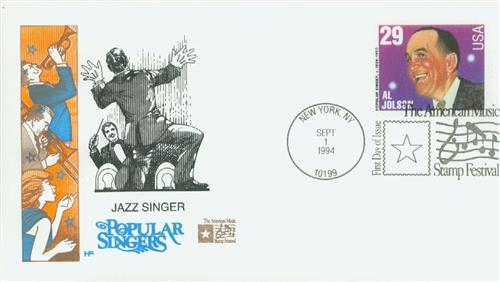 In 1921, Jolson starred on Bombo in a newly built theater named after him (Jolson’s 59th Street Theatre.) At age 35, he was the youngest man in America with a theater named after him. Despite suffering from crippling stage fright that night, Jolson wowed the audience and made 37 curtain calls telling the audience, “I’m a happy man tonight.” The following year, he moved the play to a larger theater for a benefit concert for Jewish veterans of World War I. 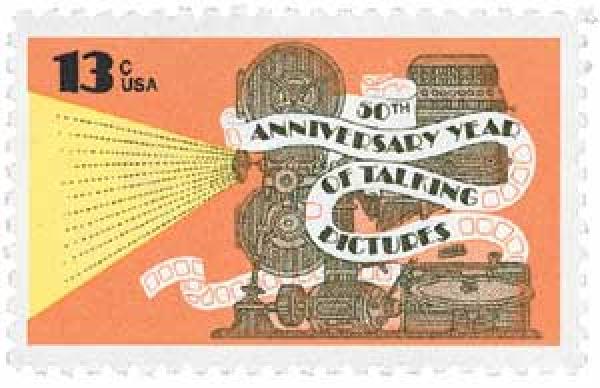 US #1727 was issued for the 50th anniversary of The Jazz Singer.

In 1927, the “king of pop” made film history when he starred in The Jazz Singer. The first feature film with synchronized speech, music, and sound effects, this picture revolutionized the motion picture industry and marked the end of the silent film era. Throughout the 1920s and ’30s Jolson continued to appear in films, and in 1946 the story of his life was filmed in The Jolson Story. A sequel, Jolson Sings Again, was filmed in 1949. 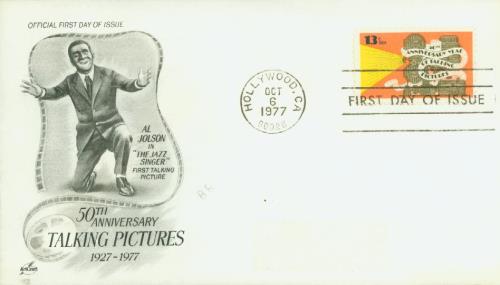 Shortly after the Japanese attack on Pearl Harbor, Jolson felt compelled to provide American soldiers with entertainment. He wrote a letter to President Roosevelt’s press secretary volunteering, “to head a committee for the entertainment of soldiers.” A few weeks later, the USO was formed based on his suggestion and he received his first tour schedule. Jolson was then the first star to perform for American servicemen overseas during the war. He would go on to do up to four shows a day all over the world throughout the war. 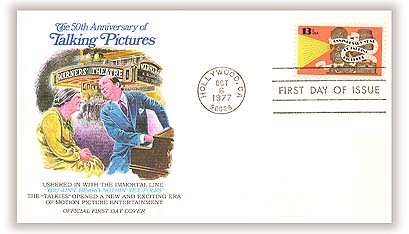 At the outbreak of hostilities for the Korean War, Jolson again wrote to the president offering his services. After four weeks he received a letter that no funds were available and the USO was disbanded. Using his own money, he flew himself to Korea and put on 42 shows in 16 days. However, Jolson, who’d had a lung removed years earlier, had overexerted himself and he died not long after returning home, on October 23, 1950. George Marshall posthumously awarded him the Medal of Merit. For much of his career, Jolson was considered “The World’s Greatest Entertainer” and influenced several generations of singers that followed him.