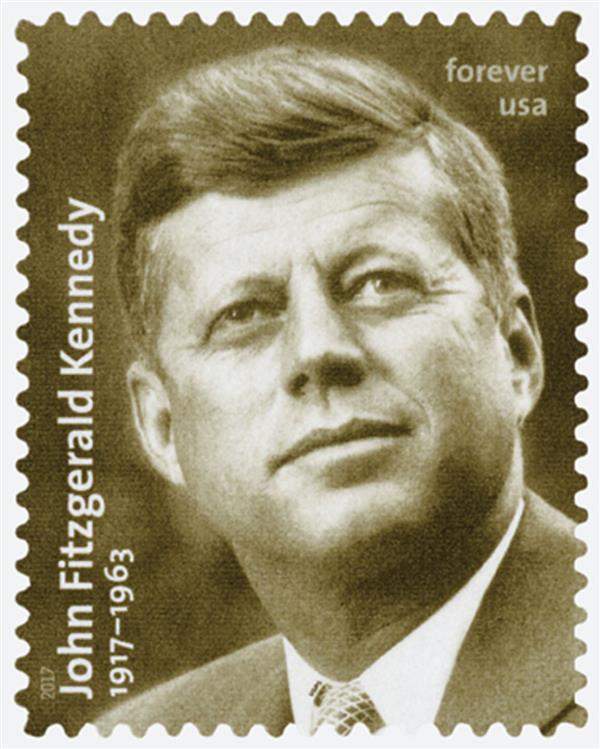 The youngest man ever elected President, John Fitzgerald Kennedy was born in Brookline, Massachusetts, on May 29, 1917.

The son of a prominent businessman and politician, Kennedy attended private schools and went on to Harvard University.  He traveled abroad when his father was appointed ambassador by President Franklin Roosevelt, learning about the workings of foreign governments. 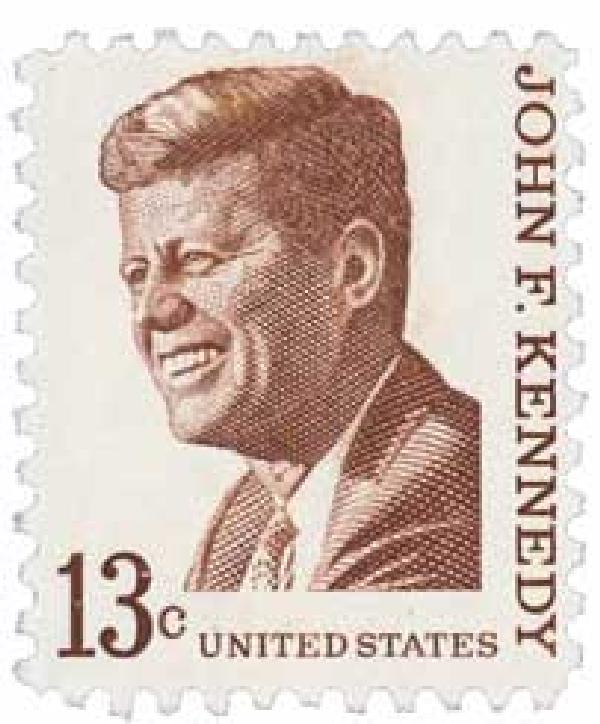 After graduating from Harvard, Kennedy attempted to join the military.  He entered the Navy in September 1941, after being rejected by the Army because of a back injury.  When America entered World War II a few months later, JFK volunteered for training with Motor Torpedo Boat Squadrons.  He then began commanding patrol torpedo (PT) boats.

In August, Kennedy was patrolling in the Pacific near the Solomon Islands when a Japanese destroyer rammed his boat.  He rounded up his surviving crewmembers and led them on a four-mile swim to a safe island.  In spite of reinjuring his back, Kennedy swam to another island and was able to find help.  The crew was rescued after a week of surviving on coconut milk and rainwater.  Lieutenant Kennedy received a Navy and Marine Corps Medal for his courage and bravery and a Purple Heart for the injuries he received during the action. 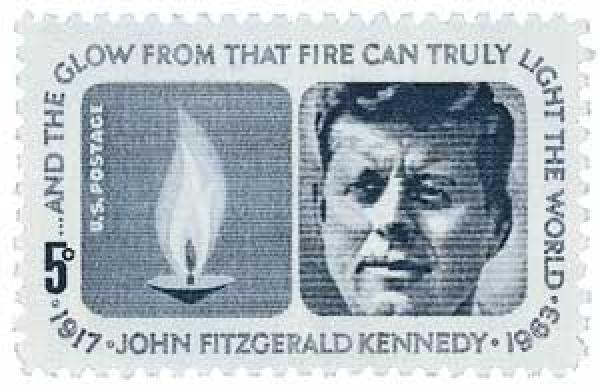 The second of nine children, Kennedy did not intend to become a politician.  However, after the death of his older brother Joe Kennedy, Jr., who it was presumed would enter politics, John decided to run for Congress.  Not using the usual Democratic organization, Kennedy relied on his family and college friends to conduct his campaign.  He was easily able to defeat his opponent in the congressional election of 1946.  Kennedy was re-elected in 1948 and 1950. 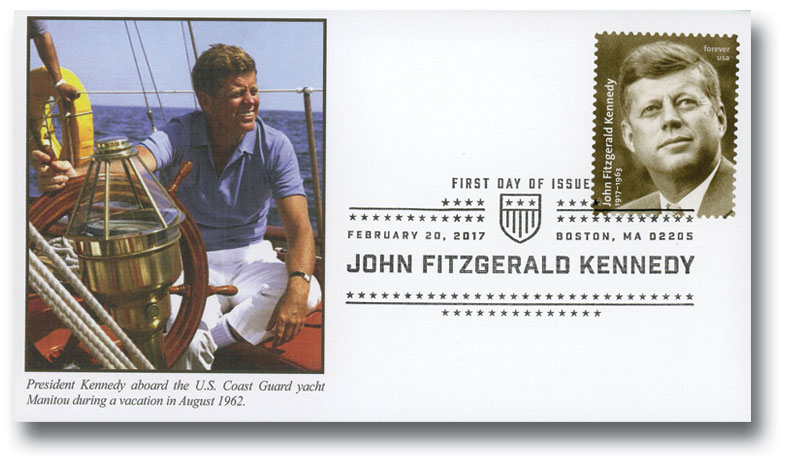 In 1952, Kennedy began to campaign for the US senate.  Kennedy won the election by a solid margin, despite the majority of the state’s votes for governor and president going to the Republicans.  This made Kennedy the leading Democrat in Massachusetts and a national figure.  In 1955, while recovering from back surgery, Kennedy wrote Profiles in Courage, which won a Pulitzer Prize. 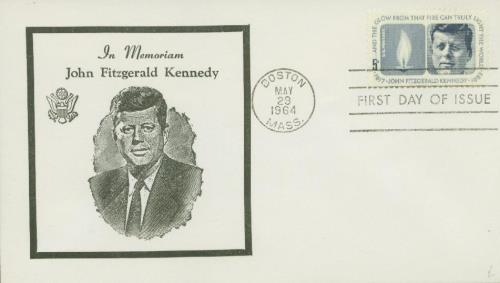 At the 1960 Democratic National Convention, Kennedy gained the presidential nomination on the very first ballot.  In a battle against Richard Nixon, he won the presidency by fewer than 119,000 popular votes. 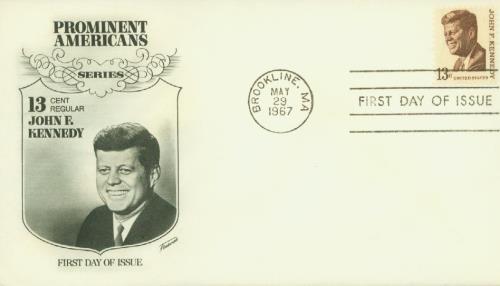 One of Kennedy’s most successful legislative programs was the establishment of the Peace Corps.  Created by an executive order and later passed by Congress, “Kennedy’s Corps” sent thousands of Americans abroad to improve the living standards in third world nations.  President Kennedy took many steps to fight segregation during his administration.  He asked Congress to pass legislation to prohibit racial discrimination in hotels and restaurants, and allowed the Attorney General to bring court suits for desegregation on behalf of those who could not do it themselves. 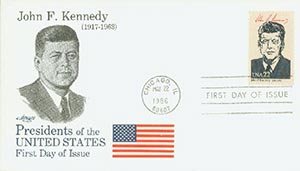 In foreign affairs, President Kennedy attempted to stop the spread of communism, coming into conflict with the Soviet Union and Cuba.  Tensions with the Soviet Union led to the building of the Berlin Wall.  And in 1962, he had to diffuse the Cuban Missile Crisis.  The competition between the US and Soviet Union pushed the Space Race forward, leading President Kennedy to challenge America’s scientists to land a man on the Moon before the end of the decade, which did happen, though not while Kennedy was still alive. 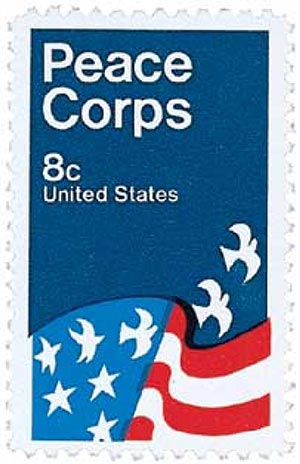 US #1447 was issued 11 years after the Peace Corps was established.

In 1961 and again in 1962, Kennedy ordered US military advisors to Southeast Asia to aid in opposing the Communist threats in South Vietnam, Thailand, and Laos.  In 1963, the Kennedy Administration criticized South Vietnam for its repressive policies toward the nation’s Buddhists. 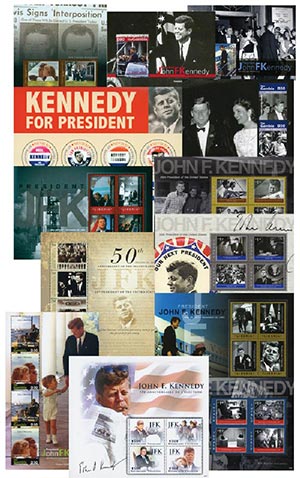 On November 22, 1963, during a motorcade visit in Dallas, Texas, President Kennedy was assassinated.  The nation mourned.  After taking the presidential oath, Lyndon Johnson told the world, “This is a sad time for all people.  We have suffered a loss that can not be weighed…”

Click here for more about JFK’s life and legacy from his Presidential Library.