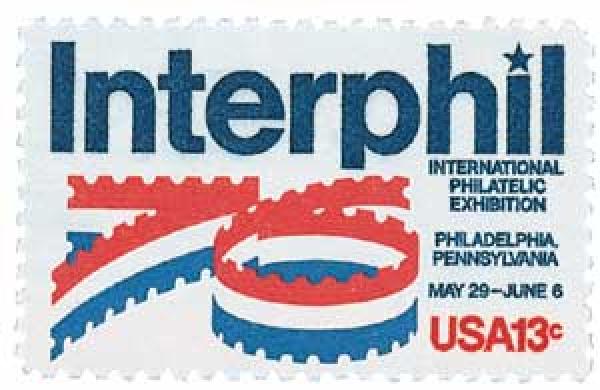 On May 29, 1976, the Seventh U.S. International Philatelic Exhibition (INTERPHIL) opened to the public.

When planning began for America’s seventh international stamp show in 1976, it was obvious to planners that it should be held in Philadelphia, to mark America’s bicentennial. In fact, the show was an officially recognized event of the American Revolution Bicentennial Authority. 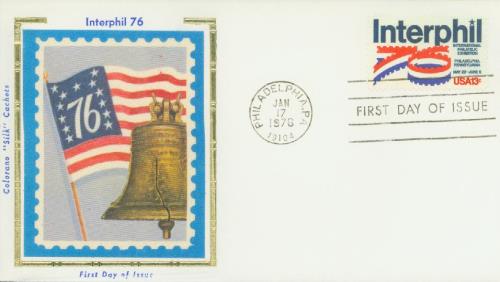 INTERPHIL ’76 opened its doors at 11 am on May 29, 1976, at the Convention Center in Philadelphia to the sound of musket fire. Then the massive crowd of about 20,000 people began to enter the show. This was a much larger crowd than the show’s planners had expected.

In a speech before the opening day crowd, the show’s executive director announced that “an array of philatelic rarities, the Aristocrats of Philately, valued at $5 million, will highlight the Court of Honor of the Show.” This court of honor included 31 different “Aristocrats” – some rarities that had never been seen publicly in the United States, and certainly never under one roof. Among the rare items on exhibit were several formats of the inverted Jenny, the British Guiana Penny Magenta, the Hawaiian Missionaries, and two Penny Black “first day covers.” 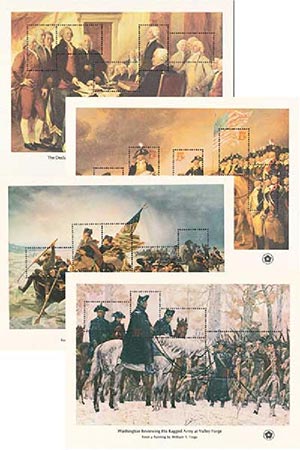 In addition to the INTERPHIL ’76 stamp issued several months prior, the USPS issued a set of four Bicentennial souvenir sheets on the show’s opening day. These souvenir sheets feature gorgeous patriotic paintings by John Trumbull, William T. Trego, and Emanuel Leutze/Eastman Johnson. During the show, work spread around the floor that a local collector had found one of these sheets without perforations and without the denominations imprinted. Soon several other collectors announced they had found printing or perforation freaks and errors as well.

Among the popular attractions at INTERPHIL ’76 was the USPS super booth. They had on display the last Highway Post Office (HPO). The USPS also had a huge exhibit titled, “200 Years of Postal Service Development.” Plus, the Bureau of Engraving and Printing had an exhibit showing how stamps were made – from the preparation of engraved plates, to the inking, to the printing of actual stamps. 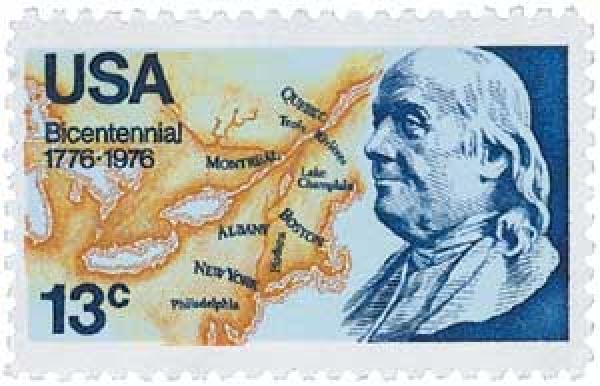 On June 1, there was a special joint-issue ceremony. The U.S. and Canada both issued stamps with similar designs honoring Benjamin Franklin. Franklin was the first Postmaster General of both the United States and Canada. The stamps picture a marble bust of Franklin in front of an early North American map. 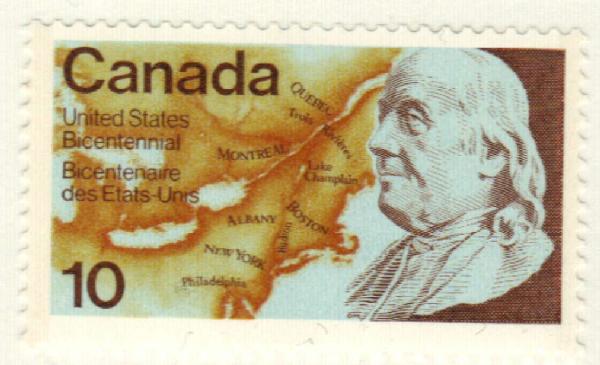 In all, INTERPHIL ’76 had 105 stamp dealers from around the world, including 12 booths that were made to look like colonial shops. There were also 35 foreign postal administrations and 35 philatelic societies. INTERPHIL ’76 marked the start of the popular stamp passport as well. These passports allowed collectors to get stamps and postmarks from all the countries in attendance.

INTERPHIL ’76 came to a close on June 6, 1976. During its nine-day run, more than 75,000 people had been in attendance – much more than had been expected. And business was good as well, as its estimated dealers and businesses made over $100,000 during the course of the show.

Click here and here to see what else happened on This Day in History.