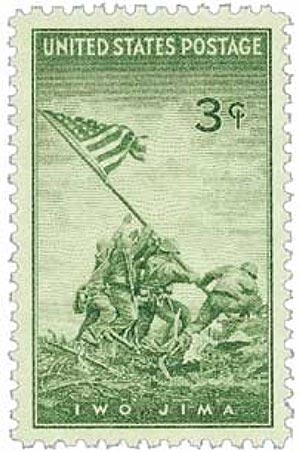 US #929 was issued just five months after the flag-raising.

The history of the memorial is very closely aligned with the famous image that stands as its centerpiece, the flag-raising at Iwo Jima.  That iconic flag-raising occurred on February 23, 1945. 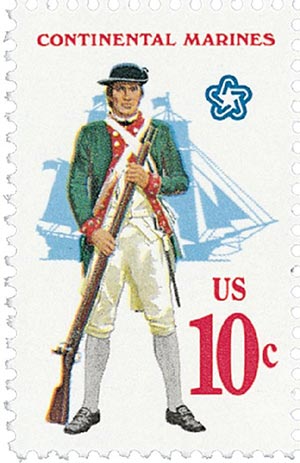 US #1567 from the Bicentennial Military Services issue.

The battle of Iwo Jima had begun days earlier on February 19, with an amphibious assault on Iwo Jima.  The US troops fought their way to Mount Suribachi and captured it on February 23.  Earlier in the day, the troops raised a small flag on the mountain’s peak, but an officer wanted them to raise a larger flag.  So a small group of Marines climbed to the top of the mountain and raised the much larger flag. Associated Press photographer Joe Rosenthal was with the Marines and took the now-famous picture.

Sometime after the photo was taken, sculptor and sailor Felix de Weldon saw it and was so moved.  He created a scale model in a single weekend.  Weldon believed the sculpture could be part of a larger memorial to the US Marines and worked with architect Horace W. Peaslee to design the memorial.  They created a proposal and presented it to Congress, but there wasn’t available funding because the war was still going.  Two years later, with the war over, a federal foundation was established to raise funds for the project.  A commission was then awarded in 1951, and work was able to begin.  In all, the project would cost $850,000. 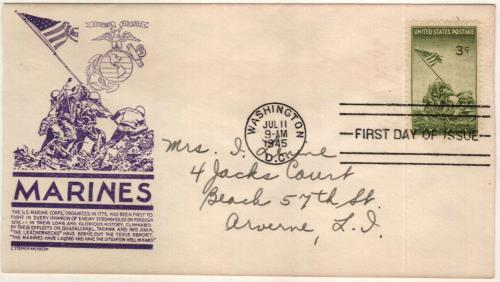 To begin the project, De Weldon created a full-size plaster model, with figures that stood 32 feet tall.  Two of the flag raisers were still alive, so they posed for De Weldon and he modeled their faces in clay.  For the other soldiers, he used all available photos to accurately capture their likenesses. 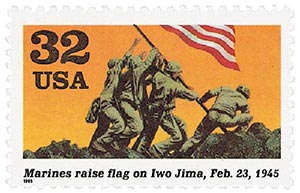 Once de Weldon completed the plaster model, it was taken apart (into 108 pieces) and then cast in bronze.  The casting process took nearly three years.  Once completed, the statues were reassembled and escorted to Arlington where they were bolted and welded together from the inside through a trap door.  Once assembled, the figures lifted a 60-foot bronze flagpole with a real cloth flag.  Standing at 78 feet tall and weighing 100 tons, it’s the largest bronze statue in the world.  The statue’s base includes the names and dates of important battles from the start of the Marine Corps in 1775. 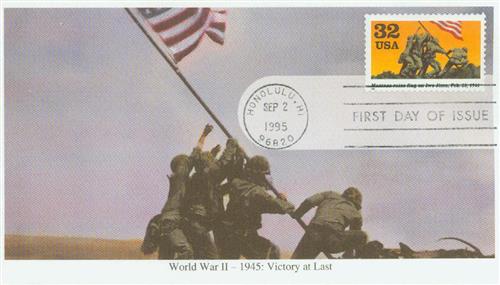 The memorial was dedicated on November 10, 1954, which was also the 179th anniversary of the Marine Corps’ founding in 1775.  President Dwight D. Eisenhower and Vice President Richard Nixon were among the presiding officials.  Seven years later President John F. Kennedy issued a proclamation that the flag should fly at full mast atop the memorial 24 hours a day, 365 days a year. 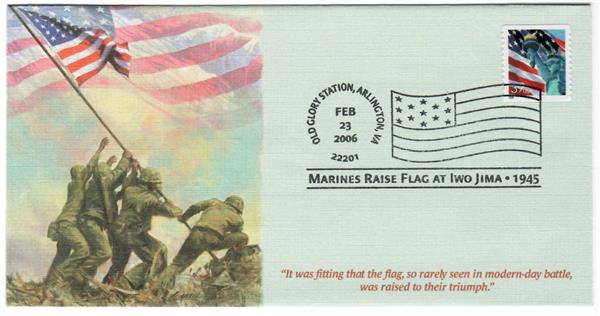 Click here to view video from the initial flag raising at the memorial.