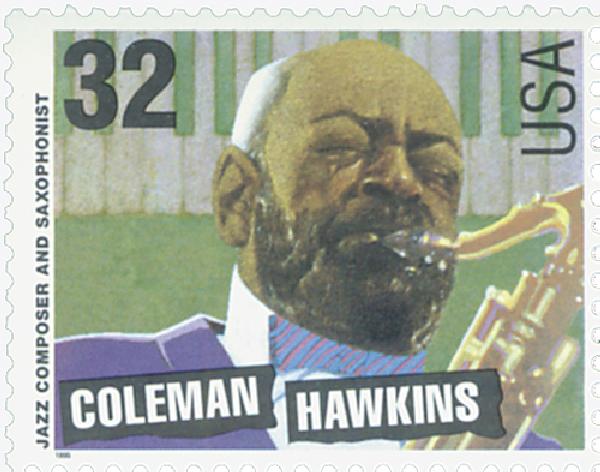 Hawkins started his musical training early, studying the piano at age four, the cello at seven, and the saxophone at nine.  Hawkins attended high school in Chicago and Topeka, Kansas.  He also studied harmony and composition for two years at Washburn College in Topeka while he was still in high school. 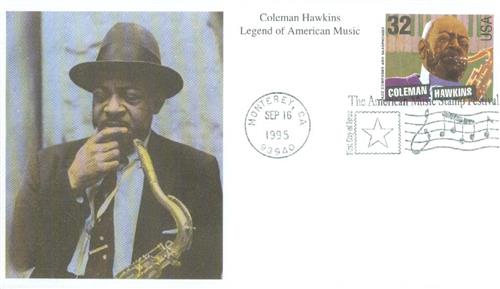 Hawkins’s professional career started when he toured with Mamie Smith’s Jazz Hounds, playing in New York City while still in his teens.  From 1923 to 1934 Hawkins was a member of Fletcher Henderson’s legendary big band; some of his best work was recorded during those years.  Hawkins soon established himself as a prominent jazz tenor saxophonist.  As one journalist described, “there were some tenor players before him, but the instrument was not an acknowledge jazz horn.” 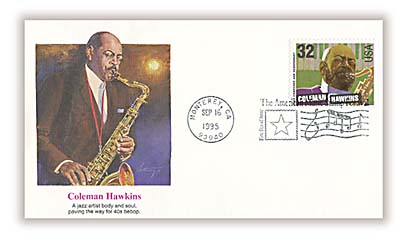 Due to his musical gifts, Hawkins was able to take the tenor saxophone out of the reed section, and make it an important solo instrument.  His improvisational mastery of the instrument made him one of the most imitated musicians of the 1930s and ’40s.  Hawkins was among the first jazz horn players to fully understand intricate chord progressions, which allowed him to create more complex and dynamic solos. 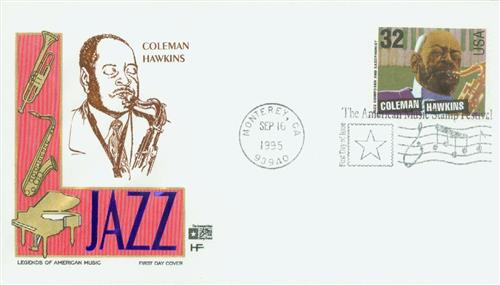 From 1934 to ’39, Hawkins toured Europe as a special guest with popular groups.  On October 11, 1939 he recorded the song “Body and Soul” with an improvised solo.  The song was a big hit and remains his definitive performance.  Hawkins went on to lead a number of big and small bands in the 1940s.  On February 16, 1944, he led what is considered the first ever bebop recording session with Dizzy Gillespie, Don Byas, Clyde Hart, Oscar Pettiford, and Max Roach. 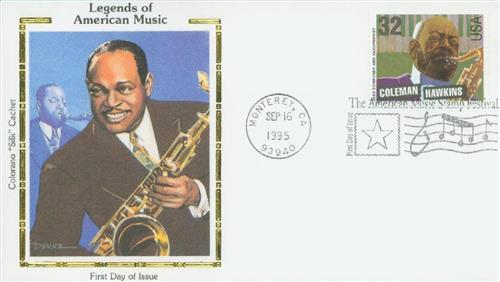 Hawkins recorded with a number of notable groups and also toured with Jazz at the Philharmonic.  After 1948, Hawkins began splitting his time between New York and Europe.  He also began performing with more traditional jazz groups.  In 1960, he recorded on Max Roach’s We Insist!, a jazz album with themes relating to the Civil Rights Movement.  Then in 1962, he recorded a long-anticipated album with Duke Ellington.

Click here to listen to some of Hawkins’s music.