Baldwin spent his childhood in Connecticut and attended Yale College, from which he graduated in 1772.  After three years of theological study, he became a Congregationalist minister and also worked as a tutor at his alma mater.

During the American Revolution, Baldwin served as a chaplain with the Connecticut Contingent of the Continental Army.  After the war ended, the new president of Yale offered Baldwin the position of professor of Divinity.  He turned down the job and decided to study law instead, being admitted to the bar in 1783.  Baldwin was then encouraged to move to Georgia by his former commanding officer General Nathanael Greene.  He received a land grant and settled near Augusta.  Baldwin soon opened a successful law practice and entered politics.  He was elected as a representative to the Georgia Assembly. 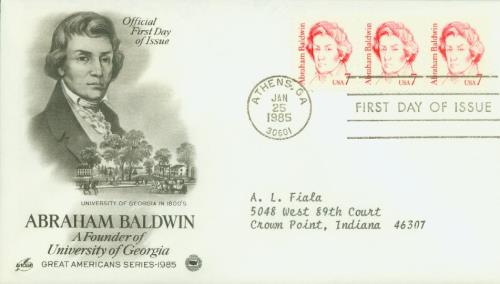 Baldwin had always been interested in education.  Shortly after his arrival in Georgia, the governor asked him to develop a statewide plan for secondary and university education.  In 1784, he joined a committee to develop a new college in Georgia.  Baldwin wrote the school’s charter – it was the first such charter for a state-supported university in the new United States.  His charter was adopted in January 1785 and shortly after he was made the University of Georgia’s first president.  He served as the school’s president until 1801, and modeled many of the school’s buildings after those at Yale. 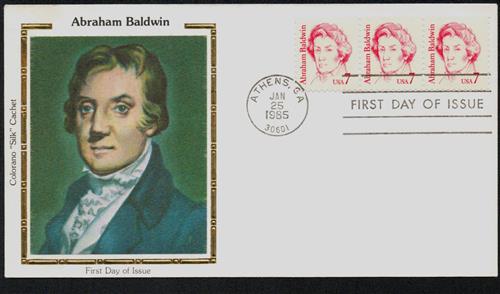 While he was overseeing the creation of the university, Baldwin was also selected along with three other men to represent Georgia at the Continental Congress in Philadelphia.  Baldwin played a key role in the Great Compromise of the Constitutional Convention, which set the voting structure for both houses of Congress.  Baldwin supported the idea of the upper house having equal representation and the lower house having representation based on population.  His choice ultimately split the Georgia vote, but many believe it helped save the Convention. 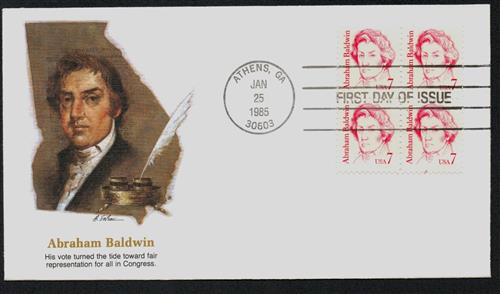 Baldwin went on to serve in the US House of Representatives for five terms.  During that time, he was part of the committee that considered and approved the Bill of Rights.  He also felt that every American deserved to know what Congress was doing.  He served as chairman of a committee that authorized the secretary of State to oversee the release of these laws to the public through their publication in at least three newspapers.  Also, in the interest of informing the public, he pushed for books of laws to be sent to each state governor who would make them available in every county in their state.  Baldwin then went on to serve two terms in the Senate, where was president pro-tempore for a year. 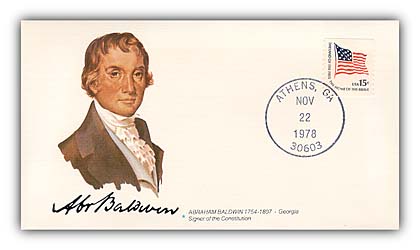 Baldwin died on March 4, 1807.  According to one biographer, “His amazing career spanning the turbulent founding years of the new republic left him no time to marry or raise a family; rather, he helped raise a nation.”  Baldwin County in Alabama and Georgia were named after him, as well as an agricultural college in Georgia. 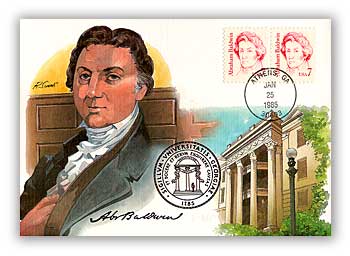