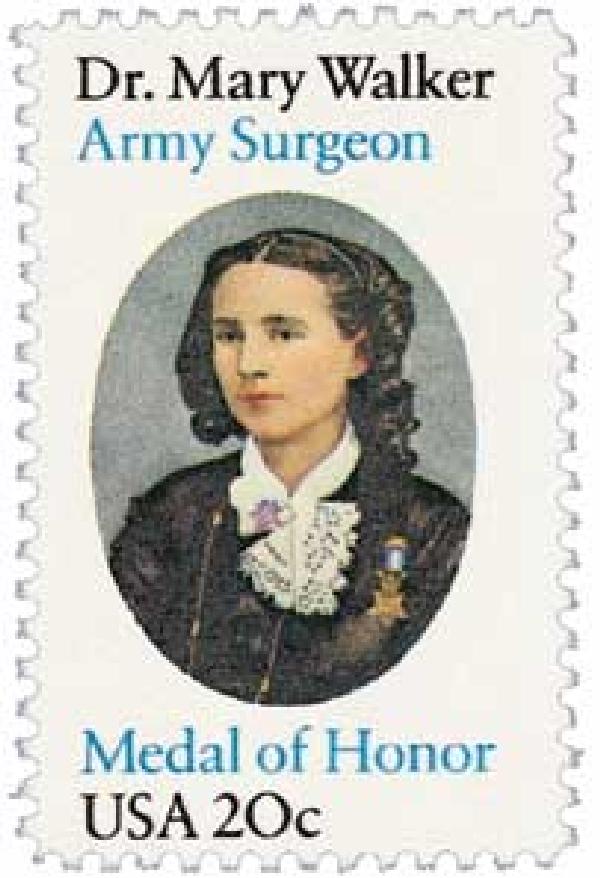 Mary Edwards Walker was born on November 26, 1832, in Oswego, New York, about 40 miles from Mystic’s home in Camden.

The youngest of seven children, Walker was raised in a progressive household where her parents encouraged her to be a free thinker. Walker’s parents wanted Mary and her sisters to get the same education as their son, so they founded the first free schoolhouse in Oswego, which Mary attended.

Walker graduated from Syracuse Medical College at the age of 21 after attending three 13-week semesters of training. She then married a fellow physician and set up a medical practice in Rome, New York, but both the business and the marriage failed.

Walker tried to join the Union Army when the Civil War began but was denied a commission, so she volunteered as a surgeon. At the time, the Army didn’t allow female surgeons so she was admitted as a nurse, but eventually became acting assistant surgeon, becoming the first female surgeon in the U.S. Army. For two years, Walker served at the front lines including the First Battle of Bull Run, Fredericksburg and Chattanooga, after the Battle of Chickamauga. In 1863, she was appointed assistant surgeon in the Army of the Cumberland and eventually the 52nd Ohio Infantry. 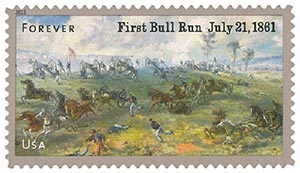 Walker also served as a spy and crossed Confederate lines to treat civilians until she was taken prisoner while helping a Confederate doctor amputate a soldier’s leg. Imprisoned for four months, she was released and spent the rest of the Civil War treating patients at a prison for women in Louisville and an orphanage in Tennessee. 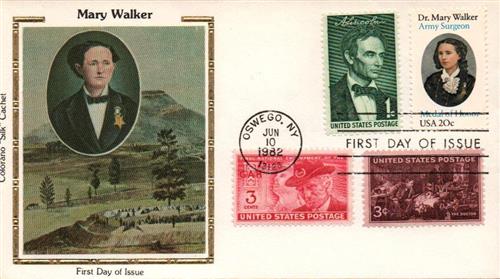 On November 11, 1865, President Andrew Johnson signed a bill presenting Walker with the Congressional Medal of Honor for Meritorious Service. The measure recognized her contribution to the Union cause without awarding her an Army commission. In 1917, Congress revised the Medal of Honor standards to limit eligibility to those who had done “actual combat with an enemy.” Feisty to the end, 84-year-old Walker refused to return the medal and wore it every day until her death in 1919. In 1977, an Army board reinstated the award posthumously. 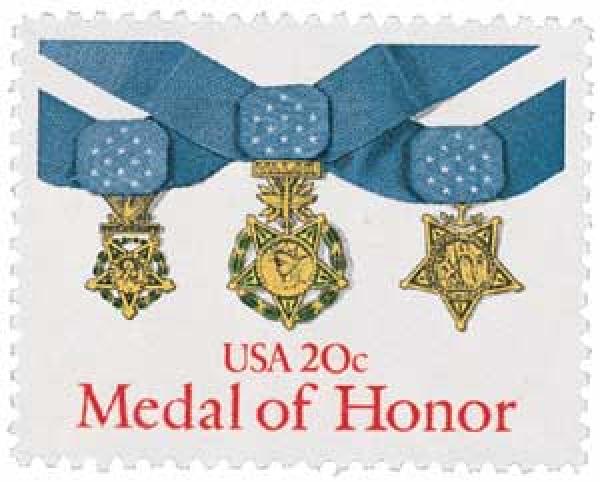 Mary Edwards Walker’s father was actively involved in many of the reform movements that took place in upstate New York during the early and mid-1800s. He supported abolition of slavery and education for women, and believed the restrictive clothing styles for women hampered their ability to succeed. Mary was also an advocate of women’s rights and believed in dress reform. She wore trousers and a man’s jacket on her wedding day and kept her maiden name. 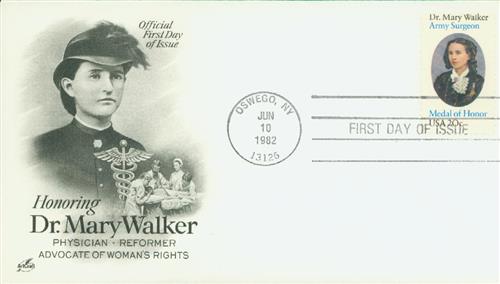 Walker became a writer and lecturer after the war, urging action on women’s rights, dress reform, temperance, and health issues. As president of the National Dress Reform Association, she was arrested several times for wearing men’s clothing, including a top hat, wing collar and bow tie. Though in response to criticism, she would say “I don’t wear men’s clothes, I wear my own clothes.” She ran unsuccessfully for Congress in 1890 and the U.S. Senate the following year.

After an extensive illness, Walker died on February 21, 1919, in Oswego, New York. The state college located in the city, SUNY Oswego, has a medical center named in her honor. There was also a Liberty ship named after her during World War II.