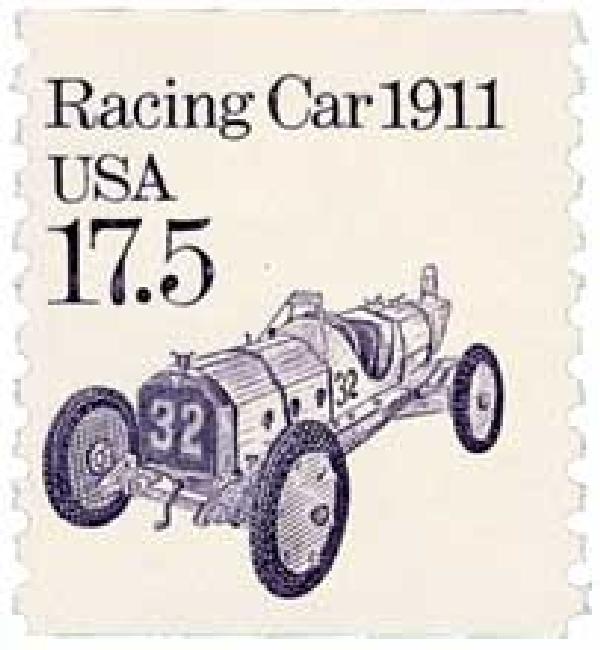 US #2262 from the Transportation Series.

On November 28, 1895, the Chicago Times-Herald Race was held between six cars.

Months earlier, on July 10, 1895, the Chicago Times-Herald first announced that they would hold a race through the city.  Prizes totaling $5,000 (approximately $153,000 in 2019) were up for grabs.  The paper had planned the race as a way to accelerate the still-young automotive industry in America.  America’s first automobiles were produced just two years earlier, and the paper wasn’t even sure what to call them.  They ultimately decided on “Moto-Cycle.”

The original route for the race led from Chicago to Milwaukee, but they discovered the roads selected would be too difficult for cars to travel.  Instead, they settled on a 54-mile route from Chicago to Evanston and back.  The finish line would be at the Palace of Fine Arts from the 1893 Columbian Exposition (today’s Chicago Museum of Science and History). 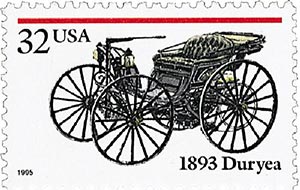 The race was planned to be held on November 2, 1895, but not many cars showed up.  It was then rescheduled. In all, 83 cars were initially entered into the race.  However, most of the drivers didn’t have their cars done in time or were unable to make the trip to Chicago.  An early favorite, Elwood Haynes, was unable to make the trip when his car was damaged on the way there.  Police stopped him and another driver when they made their way into Chicago.  The police insisted that they use horses to pull their cars because they didn’t have the right to drive their vehicles on the city’s streets. 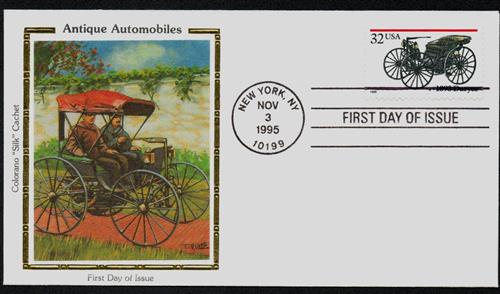 This forced the race to again be postponed.  The paper’s editors then addressed city leaders and convinced them to get an ordinance passed, giving them the right to drive on the streets.  With that obstacle cleared, they set the date of the race for Thanksgiving Day, November 28.

US #3546 was the first US Holiday Celebrations stamp to honor Thanksgiving.

The day of the race was snowy with 38-degree temperatures.  A German car made by Karl Benz was the first to arrive.  There were two other Benz cars that arrived and participated in the race.  There was also Charles Duryea and his motorized wagon as well as two other drivers with their two-wheeled vehicles.  Another car that arrived that day was electric, but its battery died from the cold weather. 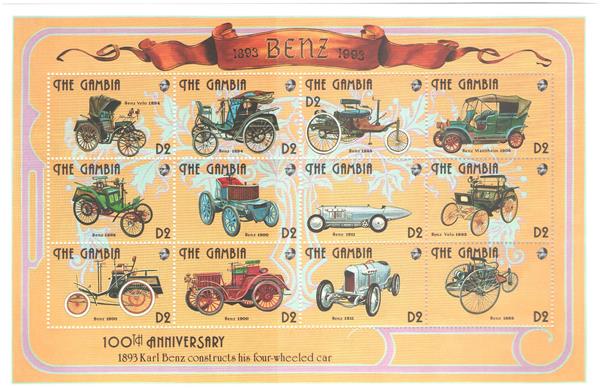 Gambia #1391 was issued for the 100th anniversary of Karl Benz building his first four-wheeled car.

The race began at 8:55 that morning and shortly after one of Benz’s cars hit a horse and had to leave the race.  Duryea took an early lead, but his left front wheel got stuck and broke off the steering arm.  He quickly stopped at a blacksmith shop and got a replacement arm and continued on the race.  Though one of the Benz cars took the lead during this time, Duryea caught up and regained the lead on the return trip from Evanston. 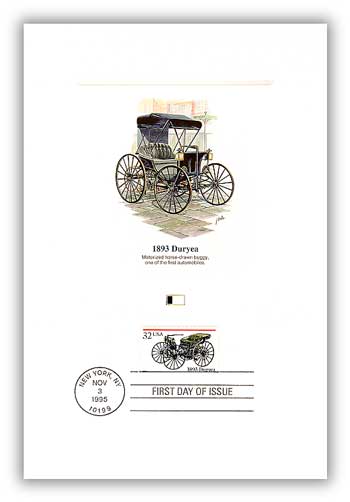 Stories of the race were published in newspapers across the country.  Soon many speculated that these vehicles, which could travel even in harsh weather, would soon replace horse-drawn vehicles.  Some credit this race with speeding up the development of the automobile in America by at least five years.