Posted on November 5, 2017 by MysticStamp 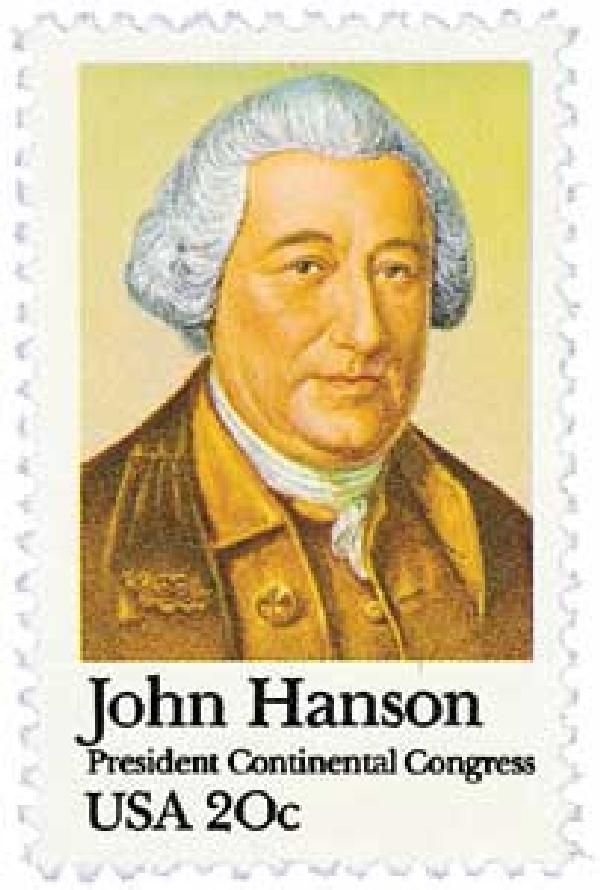 On November 5, 1781, John Hanson was elected President of the Continental Congress. He was the first president to serve a full one-year term under the Articles of Confederation

Born in 1721, little is known of Hanson’s early life, except that he began his career in public service in 1750 when he was appointed sheriff of Charles County. Then in 1757 he was elected to the Maryland Colonial Assembly where he represented his home county on-and-off until 1769.

As tensions rose between the Colonies and the Crown, Hanson emerged as an anti-Federalist. He opposed British acts of taxation and encouraged the boycott of English imports. In 1774, he took part in the Annapolis Convention, overthrowing the last colonial governor of Maryland and forming the Association of Freemen. He was fully vested in the Patriot effort by the time the Revolutionary War began.

Click here to get all these stamps and covers in one convenient order.

In 1779, Hanson was elected to the Continental Congress. He was one of the signers of the Articles of Confederation, which formed the 13 original colonies into the United States in 1781. The Articles called for a President, and Hanson was unanimously elected by Congress – which included a vote from George Washington. Hanson was so well-respected and influential, no other candidate attempted to run against him. 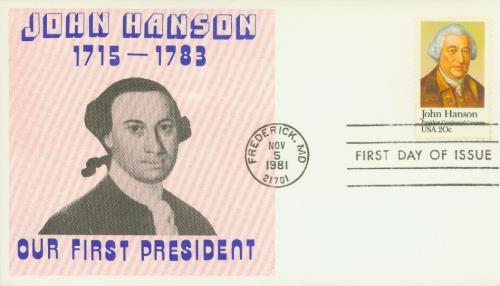 In March 1781, the Articles of Confederation, America’s first constitution, were approved. Then on November 5, 1781, Hanson was elected President of the Continental Congress and its fledgling government. He became the first to hold the position for a full one-year term after the Articles of Confederation had been ratified. Because of this, his supporters call him the first President of the United States. They credit him with setting the standard for all future U.S. Presidents. But not everyone agrees. 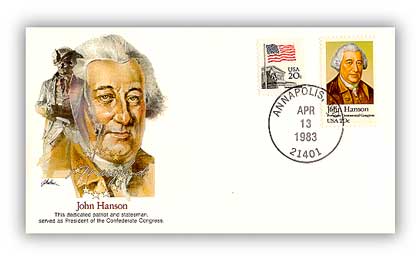 Before the Articles of Confederation called for a formal Congressional President, Congress had a Chairman. Many see Hanson’s role as that of a glorified Chairman and nothing more. They believe his position was mostly ceremonial and his actions inadequate to qualify as a real president. Even if the job qualified him, opponents argue that Hanson couldn’t have been the first President. There were several Congressional Chairmen before the Articles were ratified. And there were even two Presidents elected after the Articles who preceded Hanson but didn’t serve full terms. 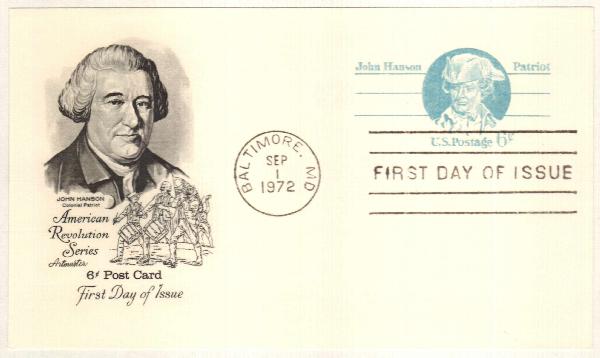 Much of his time as president was spent on correspondence and signing official documents. In fact, he found the job so tedious, he considered resigning after just a week, but was convinced to remain in office. One of the highlights from his time in office was when George Washington presented Congress with British General Cornwallis’ sword. 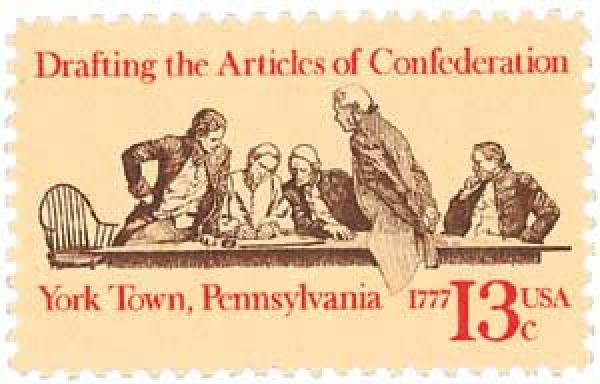 U.S. #1726 was issued for the 200th anniversary of the drafting of the Articles of Confederation.

Hanson retired after his one-year term ended and died on November 15, 1783. Hanson’s descendants would go on to promote him as America’s first president, though many historians dispute the claim. 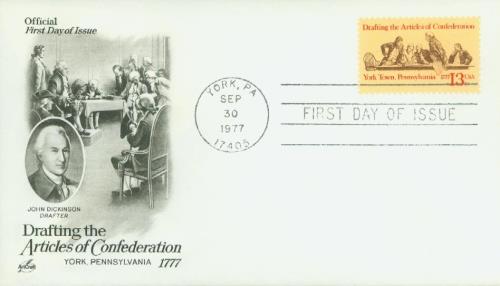