Posted on November 8, 2017 by MysticStamp 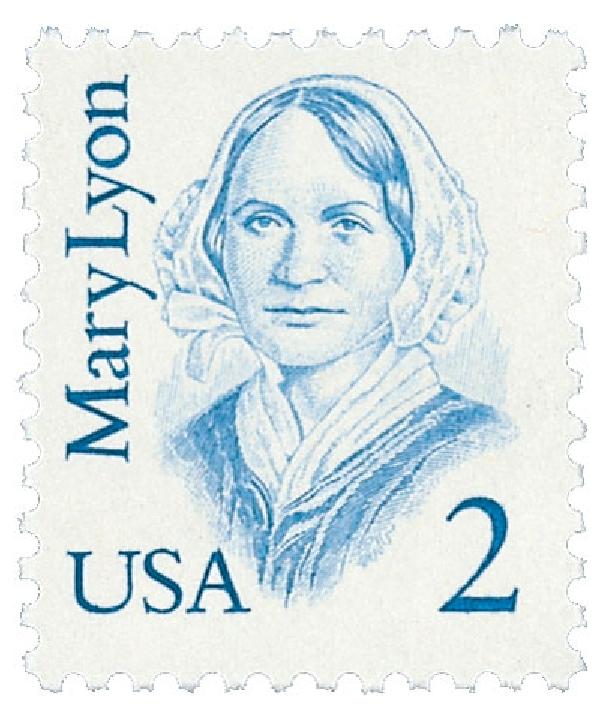 Mary Lyon was born on February 28, 1797, near Buckland, Massachusetts.  As a child, Lyon attended local schools off and on, though she eventually would teach at those schools.  Her irregular education as a child inspired her to a lifelong drive to give young girls from poor families better educational opportunities than she had.

At a time when few women received even basic instruction, Lyon determined to learn as much as she could.  She began teaching when she was just 17 years old and soon realized she needed more education herself.  Lyon said she gained “knowledge by the handfuls,” by attending lectures and taking courses at colleges for men (sometimes a three-day trip).  As she continued to learn and teach, she began envisioning a school that offered rigorous academics and was available to women from all walks of life.

In the midst of a severe economic depression, Lyon wrote ads, raised money, convinced businessmen to support her, created a curriculum, selected the school’s location, oversaw construction of the building, hired teachers, and chose students.  She was ridiculed for her ambition and told she was wasting her time. In spite of the hard economic times, she was able to persuade wealthy, influential men to back her college for women.  In addition to securing financial backing, Lyon designed the building the school would be housed in and developed the curriculum. 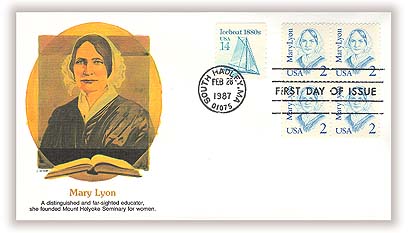 On November 8, 1837, Lyon opened Mount Holyoke Female Seminary to its first 80 students.  They were required to take seven courses in science and mathematics before graduating.  Lyon introduced laboratory experiments, a novel idea in women’s education, and field trips to collect specimens of plants and rocks. 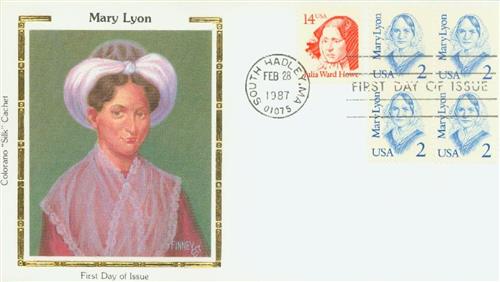 Lyon was an early proponent of physical education for women, and the attendees were required to walk a mile each day and perform calisthenics, a form of exercise that combines stretching and strengthening movements.  The girls were required to perform chores to keep the tuition down.  The cost of $60 per year was affordable to families of modest means. The school was a success – proving that such a school for women could survive, and that women were just as intellectually capable as men. 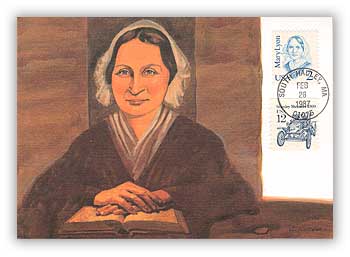 Over time, the school grew, and by the mid 1800’s, many female teachers in the East were Mount Holyoke graduates. Lyon’s model was followed by other schools, giving young women the opportunity to obtain a higher education throughout the country and around the world.  In 1905, Mary Lyon was inducted into the Hall of Fame for Great Americans for her innovative college. 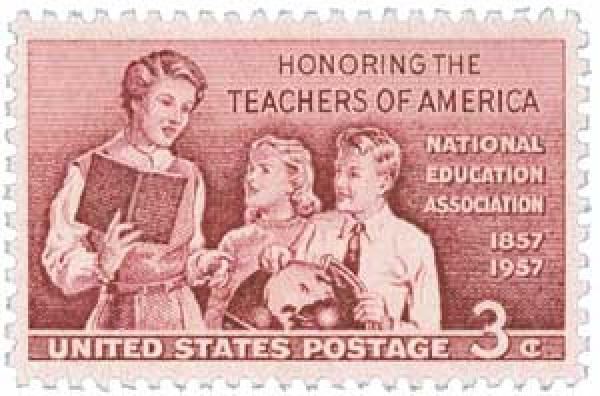 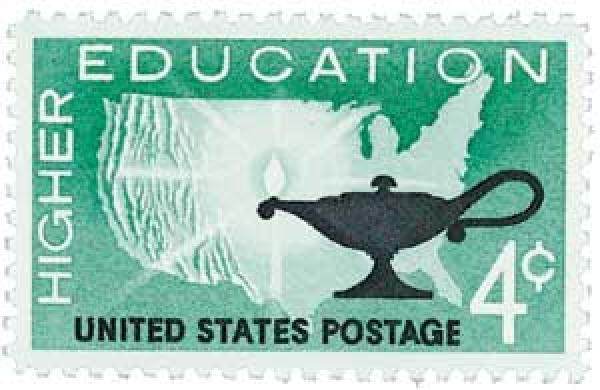 U.S. #1206 was issued to honor the role of higher education in the development of the United States.

Several Mount Holyoke teachers and graduates have been honored on U.S. stamps, including: