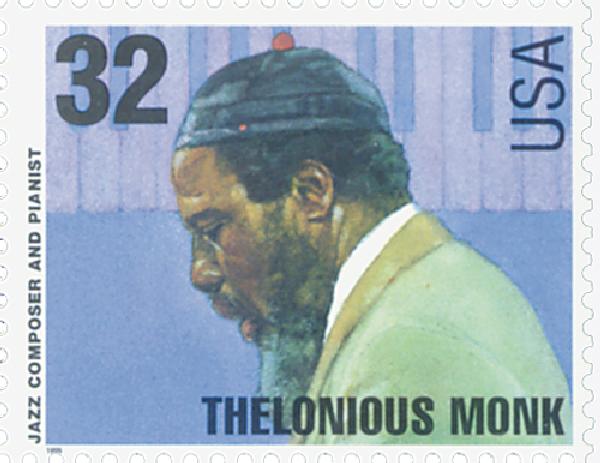 When he was 17, Monk began playing church organ for a touring evangelist.  He then worked as the house pianist for Minton’s Playhouse.  Monk stood out among many at the time for his creativeness, as many around him often copied what they saw in the clubs, he did his own thing, and in fact, was often imitated by others. 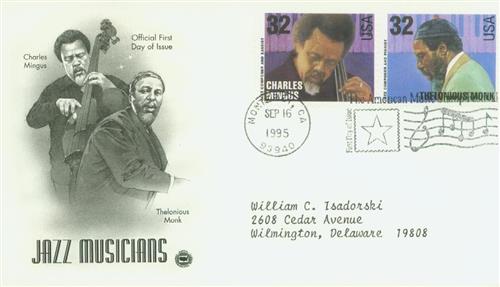 In the early 1940s, Monk was part of the group of musicians who informally collaborated to produce the new jazz style called “bebop.”  Dizzy Gilespie, Charlie Parker, Bud Powell, and Kenny Clarke were among these great jazz innovators. 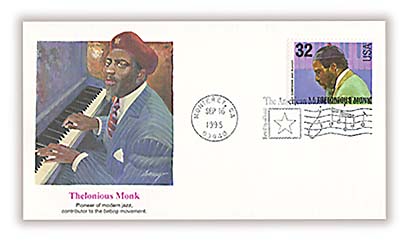 Monk made his first studio recordings in 1944 with the Coleman Hawkins Quartet.  Though some recognized his talent, he didn’t receive much attention and focused on compositions.  It also didn’t help that when a friend of his was arrested for possession of narcotics, he refused to testify against him.  This cost him his New York City Cabaret Card, which meant he couldn’t play in any New York venue that served liquor.  He composed and recorded new songs and played gigs in other cities. 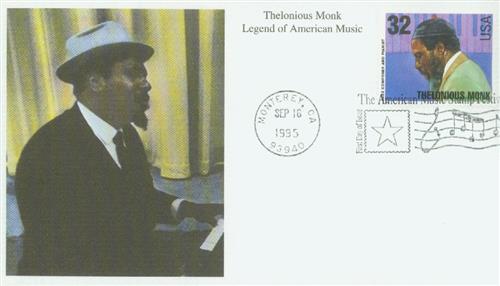 Monk finally got his Cabaret Card restored in the mid-1950s, allowing him to perform in New York clubs again.  He recorded Brilliant Corners in 1956, which became his first major success.  That led to a six-month residency at the Five Spot Café that featured saxophonist John Coltrane as his sideman.  He then made an appearance on the CBS television show The Sound of Jazz in December 1957, and in 1959 he led an orchestra. 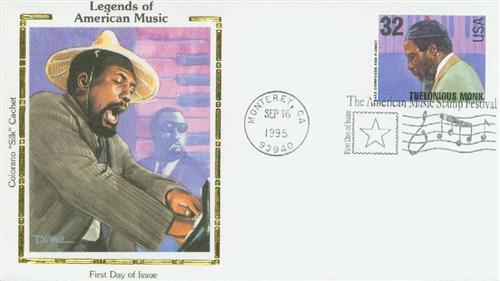 In 1962, Monk signed with Columbia Records.  They were able to promote him better than his previous labels and Monk’s Dream became his best-selling LP during his lifetime.  He was then featured on the cover of Time magazine. 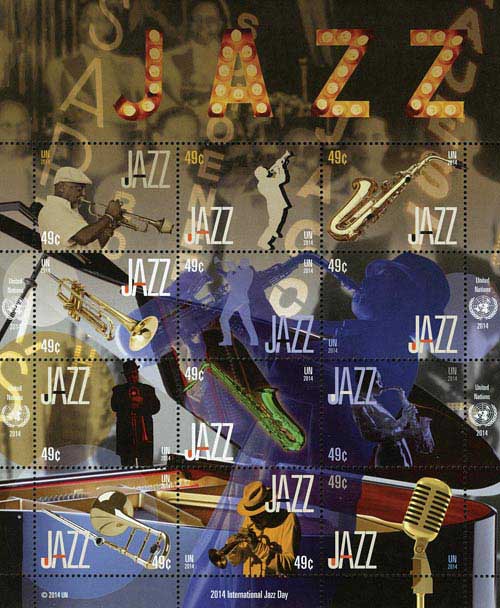 US #UN1087 was issued for the International Year of Jazz in 2014. Click the image to order.

“Round Midnight,” “Ruby My Dear,” “Epistrophy,” “Well You Needn’t,” and “Straight No Chaser” are among Monk’s most popular songs.  As with most music noted for its originality, Monk’s music was, and is, controversial.  He is known for the use of dissonance (sounds which produce tension), jarring irregular rhythms, and complex harmonic development.  Monk often used silence – he sometimes let the bass and drums alone accompany soloists.  Noted for his compositions, Monk is the second-most-recorded jazz composer behind Duke Ellington.  This is especially notable as Ellington composed over 1,000 pieces and Monk produced about 70. 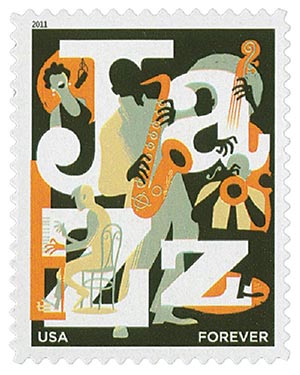 Monk enjoyed significant success for several years, but his popularity began to decline in the mid-1970s.  His health declined in the 1970s and he died on February 17, 1982.  A decade later he posthumously received a Grammy Lifetime Achievement Award and in 2006 a special Pulitzer Prize for “a body of distinguished and innovative musical composition that has had a significant and enduring impact on the evolution of jazz.”  Additionally, the Thelonious Monk Institute of Jazz was established in 1986 in his honor (it was renamed for Herbie Hancock in early 2019).  It provides jazz education programs around the world and helped found the first annual International Jazz Day.