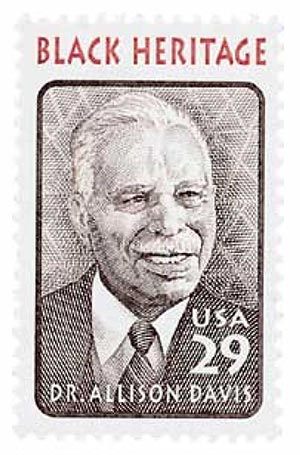 Dr. Davis came from a family that was familiar with activism.  His grandfather had been an abolitionist lawyer, and his father led an anti-lynching committee of the NAACP.

Davis graduated as valedictorian from his high school in 1920 and again was valedictorian upon his graduation from Williams College in 1924.  From there, he went to teach in rural Virginia.  It was there that he witnessed first hand the effects of social class in education.  He realized that “teaching in the standard manner made no sense to these poor and poorly schooled rural blacks.  I decided that I didn’t know anything to teach them since our backgrounds were so different, yet I wanted to do something to affect such students.” 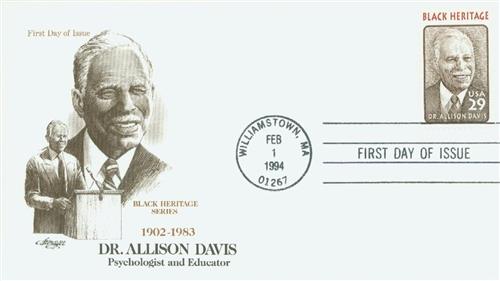 Davis was concerned over this experience and decided to return to school to explore how he could make a difference.  In 1931, he went to Harvard to study social anthropology.  There, he enveloped himself in exhaustive study of class and race in the Deep South.  He worked with others to conduct field research that revealed a color-caste system.  Davis used this research to conduct a comparative study of the effects of this system on young African Americans in two cities.  The result of these studies was two books, Children of Bondage (1940) and Deep South (1941). 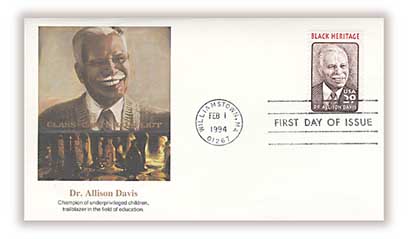 In 1942, Davis received his doctorate from the University of Chicago, where he served as a faculty member for the next 40 years.  He was the first African American to hold a full faculty position at a major white university.  He was also one of the first African American anthropologists in the country.  Davis served on the faculty of the Department of Education and Committee on Human Development. 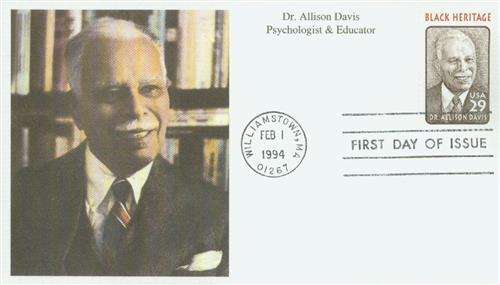 Davis worked closely with other social scientists there to conduct extensive studies.  They studied infant and child rearing in both white and black families.  Davis also embarked on a major study of standardized intelligence tests that were used in elementary schools.  In his book Social-Class Influences upon Learning, Davis argued that these tests were biased towards middle-class students.  In 1951, he co-authored an analysis of class-based student responses to the questions found on 10 intelligence tests. 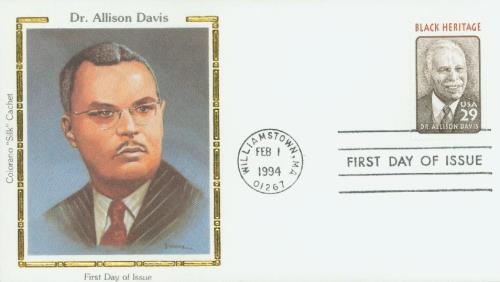 Davis challenged the cultural bias of the testing system and fought for the understanding of human potential without regard to race or class.  He considered his work on intelligence testing to be the most successful aspect of his career.  His research led many cities to abolish or revise intelligence tests.  As he later recalled, “This one time I got what I wanted: a direct effect on society from social science research.”  Davis’s research also helped inspire the Head Start Program. 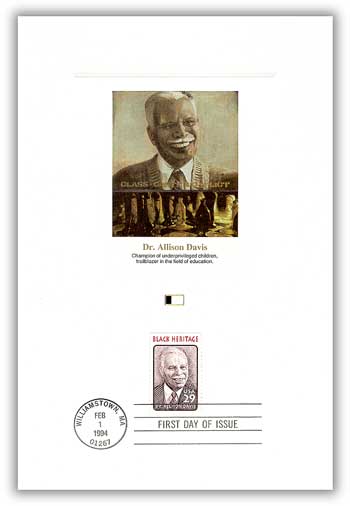 Widely acclaimed, Davis received numerous awards, including the University of Chicago’s John Dewey Distinguished Service Professor of Education.  He was also named Educator of the Year in 1971.  During the 60s, Dr. Davis served on the President’s Commission on Civil Rights and later as vice chairman of the Department of Labor’s Commission on Manpower Retraining.  His final book, Leadership, Love, and Aggression, examined four prominent black leaders through the lens of his class and caste studies.  Davis died on November 21, 1983.