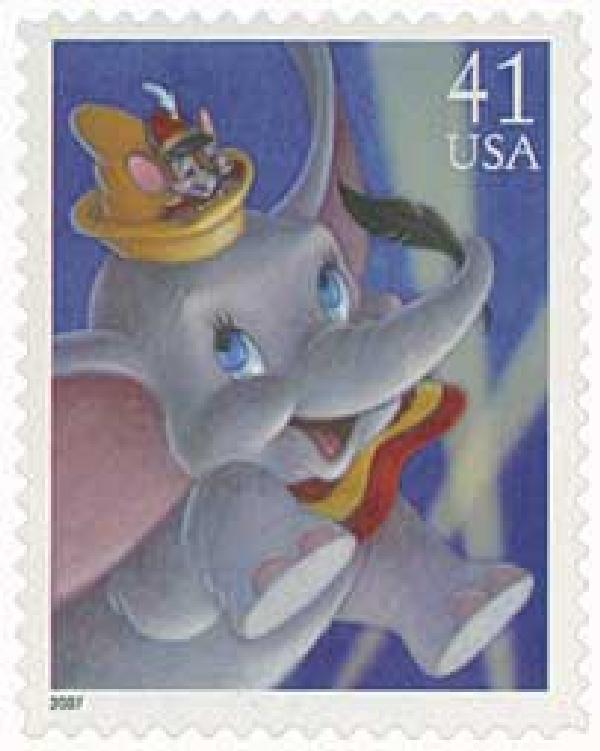 On October 23, 1941, Walt Disney released Dumbo, based on the children’s book by Helen Aberson-Mayer.

Helen Aberson-Mayer (1907-99), born in Syracuse, New York (less than an hour from Mystic’s home in Camden), attended Syracuse University and was one of the city’s first female radio hosts. Always a creative thinker, Helen enjoyed inventing animal characters and plots that reflected people she knew or situations she had been in. By the late 1930s, she created a number of detailed story book characters. Among these characters was a flying elephant named Dumbo.

Dumbo, a young elephant with oversized ears, was mocked by the other circus animals and longed to fit in. Little did they know that with hard work and dedication, his floppy ears could act as wings. As the “Flying Elephant,” Dumbo became the star of the circus. Dumbo, the Flying Elephant, which consisted of just eight drawings (by Harold Pearl) and a few lines of text, was published in 1939. Within a year of its publication, Walt Disney bought the rights and delivered the story to his writing team with instructions to keep it simple.

In fact, the 64-minute film is one of Disney’s shortest animated features. Disney specifically instructed his staff to work economically, as the war in Europe had led the previous two movies (Pinocchio and Fantasia) to lose money. The story was drafted in chapters, which was an unusual way to produce a script. The animators also used watercolor paint – making Dumbo one of just two animated features to used the medium (the other being Snow White).

Released on October 23, 1941, the economically produced Dumbo received a warm welcome from audiences – it was Disney’s most successful film of the decade. It was praised by critics for its touching sentiment and a great “return to roots” for Disney. Animator Bill Tytla’s artistry is still considered one of the best examples of traditional American animation.

Click the image to add this history to your collection.