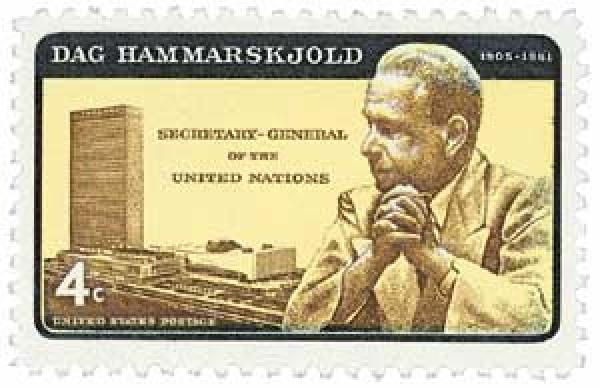 Click this image to get all the stamps and covers on this page and save $2.10.

Dag Hammarskjöld was the second secretary-general of the United Nations, serving from April 1953 until his death in a plane crash in September 1961. President John F. Kennedy called him “the greatest statesman of our century.”  To honor Hammarskjöld’s life and works, the US Post Office decided to issue a stamp in his honor the year after his death. 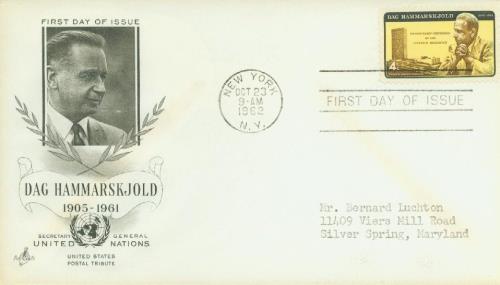 The stamp, US #1203, was issued on October 23, 1962.  However, shortly after its issue, Leonard Sherman, a New Jersey jeweler, discovered a sheet of the stamps with an error.  His stamps had the yellow background inverted, creating a white “shadow” next to the United Nations building. 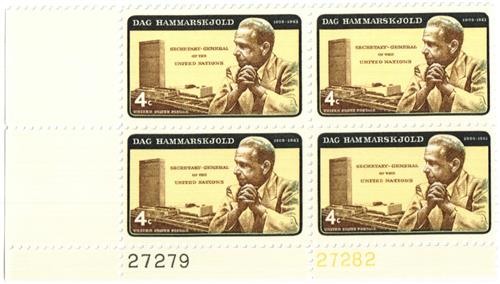 Upon hearing of the error, Postmaster General Day decided that they should produce a special printing of the stamp with the yellow intentionally inverted, to prevent individuals from profiting off the postal service’s mistake.  As Day explained, “The Post Office Department is not running a jackpot operation.” 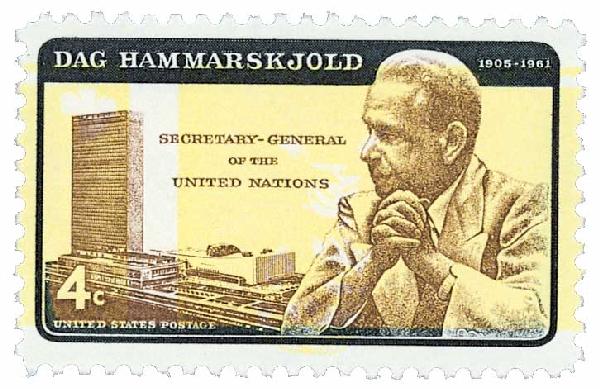 US #1204 – Special Printing invert stamp. Click the image to order.

Sherman then filed an injunction to stop the reprint, but it was too late as they had already begun production.  An eventual court decision ruled that their actions were illegal.  Sherman received an affidavit from the postal service certifying that his was an original error.  He eventually donated his sheet to the America Philatelic Society. 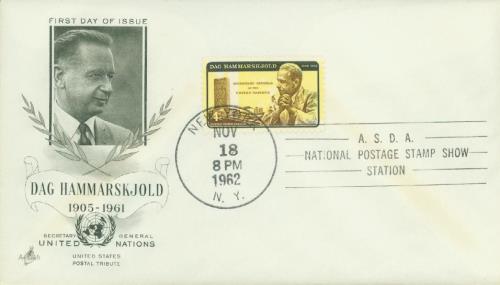 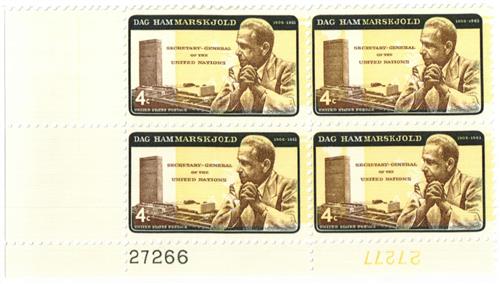 US #1204 – Mint Plate Block of 4. Note the inverted yellow plate number.  Click the image to order.