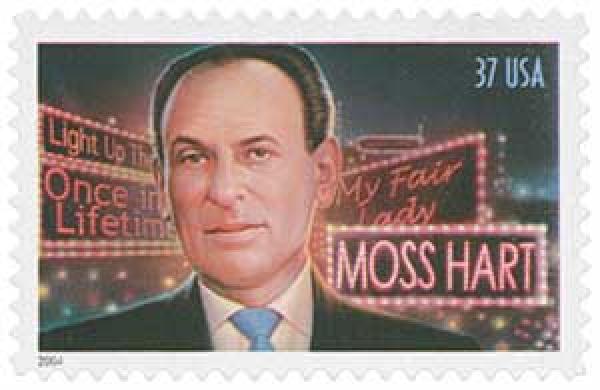 Hart was raised in relative poverty in the Bronx.  As a child, he was close to his Aunt Kate, who took him to the theater frequently.  Though he lost contact with her after she and his parents had a falling out, he always credited her with giving him his love for theater.  He learned that the theater made possible “the art of being somebody else… not a scrawny boy with bad teeth [and] a funny name.” 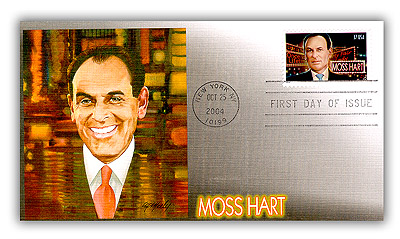 Hart got his start in the theater business directing amateur theatrical groups for several years.  He also found work as an entertainment director at summer resorts.  When he had time, Hart wrote plays, often working with George S. Kaufman.  Together they wrote the Broadway hit, Once in a Lifetime, which premiered in 1930. 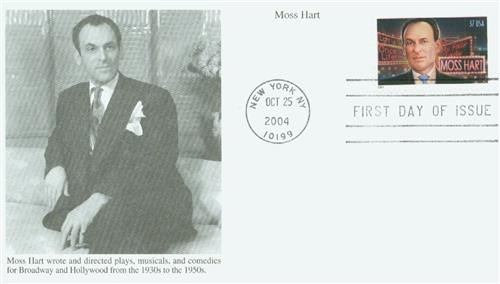 Hart also wrote a number of musicals and revues with and without Kaufman that included Face the Music, As Thousands Cheer, Jubilee, I’d Rather Be Right, George Washington Slept Here, Christopher Blake, Junior Miss, Dear Ruth, and Anniversary Waltz.  His most famous and successful musical was My Fair Lady, which ran for over seven seasons and won a Tony Award for Best Musical, with Hart receiving the Tony for Best Director.

In addition to his theater work, Hart wrote a few screenplays including Gentleman’s Agreement, Hans Christian Andersen, and A Star is Born.  He wrote a memoir that was made into the film Act One in 1963.  Hart directed his final play, Camelot in 1960.  He suffered a heart attack and died on December 20, 1961 at the age of 57. 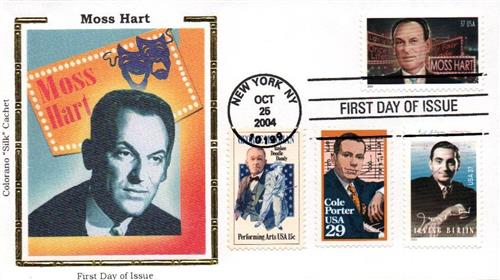 Eleven years after his death, Hart was among the first inductees into the American Theater Hall of Fame.  His legacy also continues today through the Moss Hart Awards and the Moss Hart and Kitty Carlisle Hart New Play Initiative.