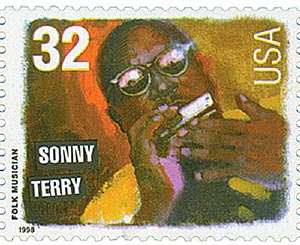 Born to a poor farming family, Terry received a blues harp from his father when he was a child.  His father taught him some basics and before long he was picking up songs he heard at home and church. 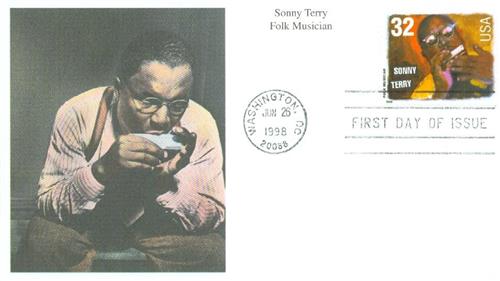 During his childhood, Terry suffered from injuries that caused him to go blind by the time he was 16.  He was generally unable to help on the family farm, though he would play “Camptown Races” to the plow horses, which seemed to improve their efficiency.  He turned to music to make money to help his family.  His public performances began as a boy, when he traveled to local churches in the South playing his harmonica.  He soon joined a blues trio that helped him gain further exposure.

Terry began learning new songs, and, by performing in nightclubs, became recognized as a talented musician.  During the 1930s, he traveled across the country, making a name for himself playing colleges and concert halls, sometimes with his friend Huddie “Leadbelly” Ledbetter. 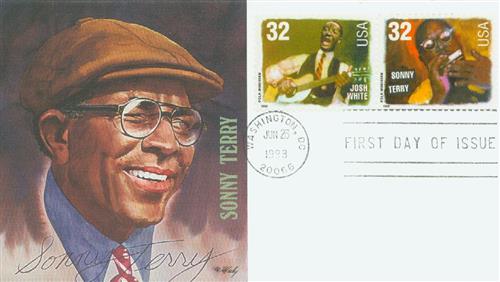 Sonny made his first record in 1936 with Blind Boy Fuller, who was his partner throughout the 1930s.  He was invited to perform at Carnegie Hall in 1938 for the inaugural From Spirituals to Spring concert.  That year he also recorded music for the Library of Congress.

Terry’s talents were finally recognized nationally in the 1940s when he toured with Woody Guthrie and Brownie McGhee, as well as with Pete Seeger.  Brownie McGhee was his steady sidekick for more than 40 years.  The pair released several dozen records, and Sonny continued to produce recordings into the 1980s.

In 1947, Terry was part of the Broadway musical comedy Finian’s Rainbow.  Over the years he also appeared in a few movies, including The Color Purple and the Steve martin comedy, The Jerk.  He also performed the song “Crossroad Blues” for the 1986 film Crossroads. 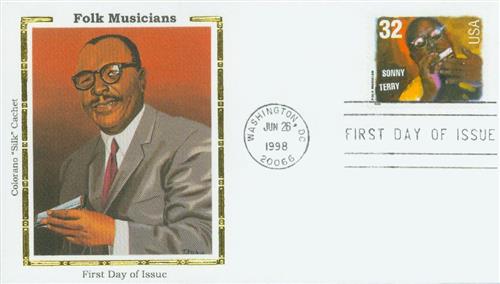 Terry received the 1982 National Heritage Fellowship from the National Endowment for the Arts.  This is the highest honor awarded for folk and traditional art.  Terry died on March 11, 1986.

Remembered for furthering the art of harmonica accompaniment, Sonny Terry is famous for the amazing array of sounds he could produce using the instrument.  One of his best-known renditions is of the “Fox Chase.”  “Lost John” is considered a prime example of his great breath control.