On October 24, 1951, the United Nations issued its first postage stamps.

The UN was established on October 24, 1945 to replace the ineffective League of Nations. For its first few years in operation, the UN used U.S. stamps to frank its mail. 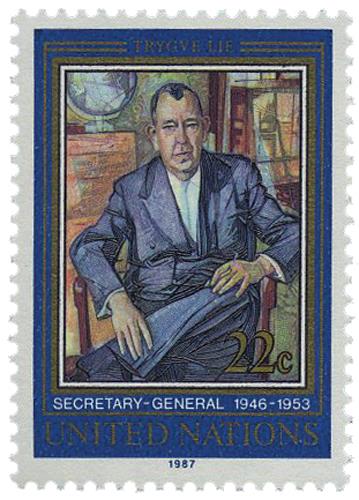 The idea for stamps issued specifically for the United Nations was first proposed in 1947, by Jose Arce. Arce was the ambassador from Argentina, president of the General Assembly, and an avid stamp collector.

In 1949, and Secretary-General Trygve Lie supported Arce’s idea and contacted the U.S. to see if the proposal was feasible. An agreement was reached that required UN stamps to be issued in U.S. denominations for use only at United Nations Headquarters in New York City.

The United Nations Postal Administration (UNPA) was established in 1951, shortly after the UN moved into its new headquarters in New York City. The UNPA then issued its first stamps later that year, on October 24, 1951 – the sixth anniversary of the founding of the United Nations. The UN is the only non-governmental organization in the world to have the privilege of issuing postage stamps. Mail with UN stamps can only be sent from its offices. Stamp enthusiasts made the trip to the headquarters to begin their new collections. By 1957, UN commemoratives regularly sold out.

The Geneva branch of the UNPA was opened at the Palais des Nations on October 4, 1969. The Geneva headquarters issued stamps denominated in Swiss francs. Ten years later, the Vienna headquarters began issuing UN stamps denominated in Austrian schillings. Treaties between the agency and the three nations guarantee that the UN Post Office classes and postage correspond to those at any United States, Swiss, or Austrian post office. Each country’s postal agency also receives revenue from the sale of UN stamps to offset the cost of processing the mail. 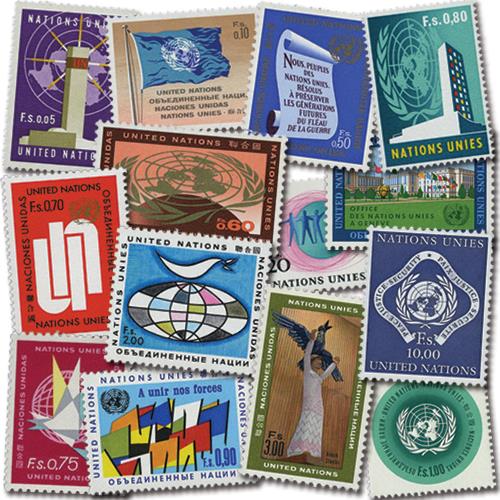 The United Nations profits directly when collectors purchase stamps for philatelic purposes. From the beginning, demand for UN stamps has been very strong. In 1976, the UNPA issued stamps from its New York and Geneva offices to celebrate its 25th anniversary. Three of the four denominations sold out the first day, and the fourth became unavailable within two and a half months. The New York Times ran a front-page article in 1979 featuring the International Year of the Child stamp, which also sold out on the day of issue. 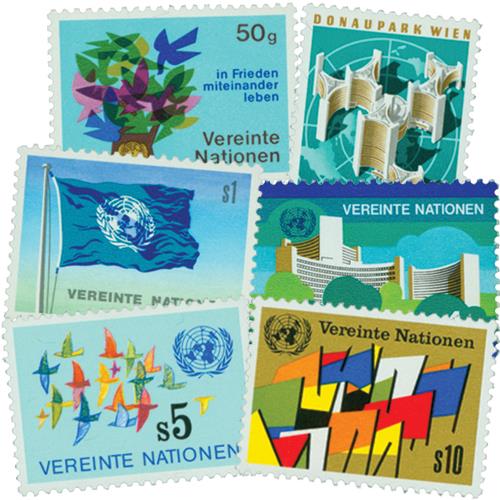 Over the years, the UNPA has issued stamps to raise awareness of important global concerns such as peace, human rights, and environmental conservation. United Nations stamps have been called “Messengers of Peace” for good reason – each stamp symbolizes our hopes and dreams for a better world. Meaningful topics and neat designs also make UN stamps highly collectible. 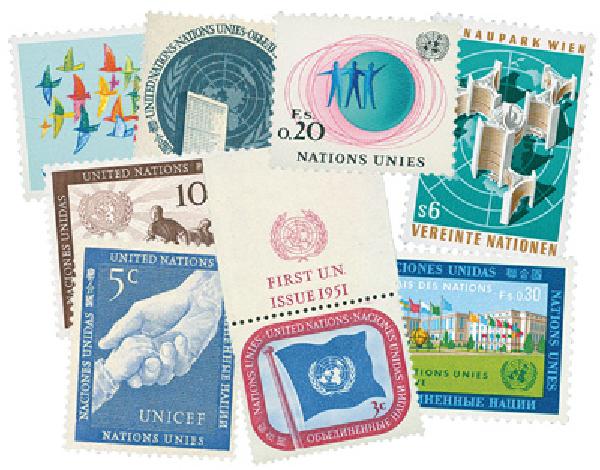 Click here for more about the creation of the United Nations.