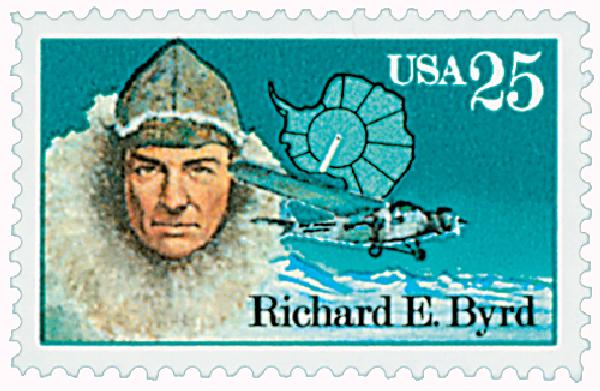 Richard Evelyn Byrd was born on October 25, 1888, in Winchester, Virginia.

Byrd was descended from one first families of Virginia – among his ancestors were John Rolfe and Pocahontas. Byrd attended the Virginia Military Institute and the University of Virginia before enrolling in the U.S. Naval Academy. 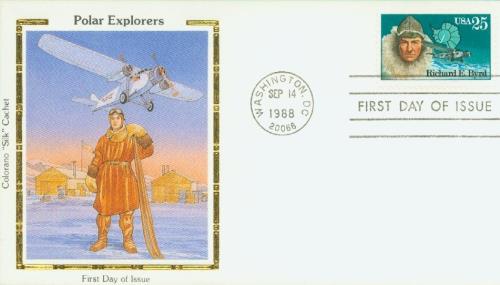 After graduating in 1912, Byrd was assigned to the USS Wyoming and later the USS Dolphin. Aboard this ship he met then Assistant Secretary of the Navy Franklin D. Roosevelt and participated in the U.S. intervention in Veracruz, Mexico. After suffering a foot injury, Byrd medically retired from the Navy and then joined the Rhode Island Naval Militia. He also recognized the expanding future of aviation and earned his pilot wings in 1917. 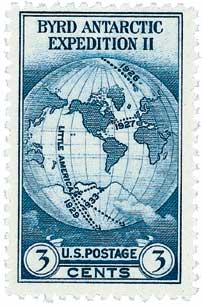 During World War I, Byrd worked in the Office of Naval Operations and trained pilots. He also commanded naval air forces in Nova Scotia. After the war, Byrd created the flight path for the Navy’s 1919 transatlantic crossing. Then in 1925 he commanded the aviation unit of an arctic expedition, which inspired him to launch an expedition of his own. 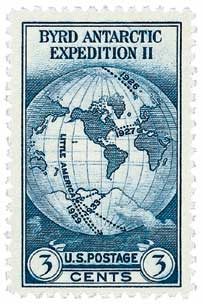 U.S. #753 was only available through the Philatelic Sales Agency.

In May 1926, Byrd and Floyd Bennett reported that they made the first recorded flight over the North Pole. Byrd returned home a national hero, was promoted to the rank of commander, and received the Medal of Honor. There was later some controversy over whether they actually did fly over the North Pole, but Byrd used the fame from this trip to plan a flight over the South Pole.

Two years later, Byrd launched that expedition and on November 28, 1929, made the first flight to the South Pole and back. For this achievement, he was promoted to rear admiral, making him the youngest admiral in the U.S. Navy, at age 41. 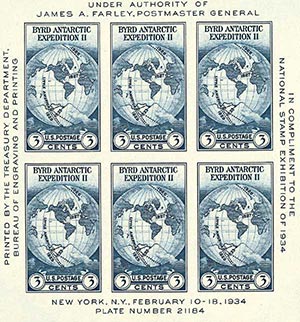 Byrd returned to the Antarctic in 1934 for a solo mission. He spent five months alone in a meteorological station, where he suffered carbon monoxide poisoning from an ill-ventilated stove. He was later rescued and recounted the tale in his autobiography Alone. The U.S. Post Office issued #733 to commemorate this expedition, though the stamp wasn’t distributed for public sale. Rather, it was issued for use on letters mailed through the Little America Post Office that was established at the base camp of the Byrd Antarctic Expedition in the territory of the South Pole. 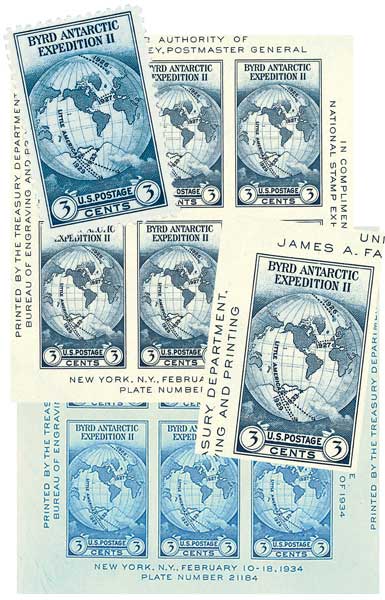 Byrd launched a third Antarctic expedition in 1939, but was called back the U.S. for active duty. During World War II he served as an advisor and also led surveys and other missions in the Pacific in search of airfields. After the war Byrd took part in two more Antarctic expeditions. He died in Boston on March 11, 1957.