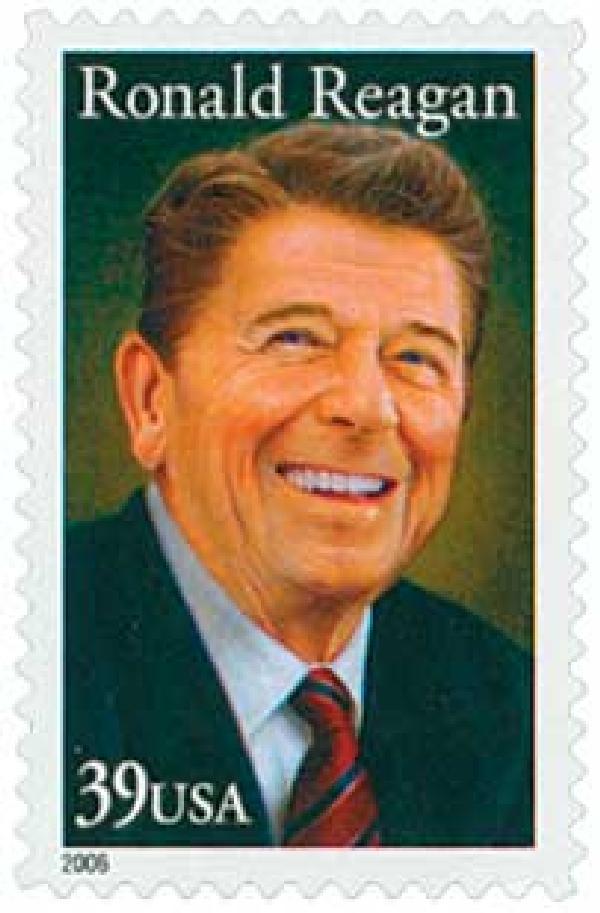 U.S. #4078 – Speeches such as “A Time for Choosing”earned Reagan the nickname, “Great Communicator.”

On October 27, 1964, Ronald Reagan delivered his “A Time for Choosing” speech for Barry Goldwater’s presidential campaign, making him a national name. 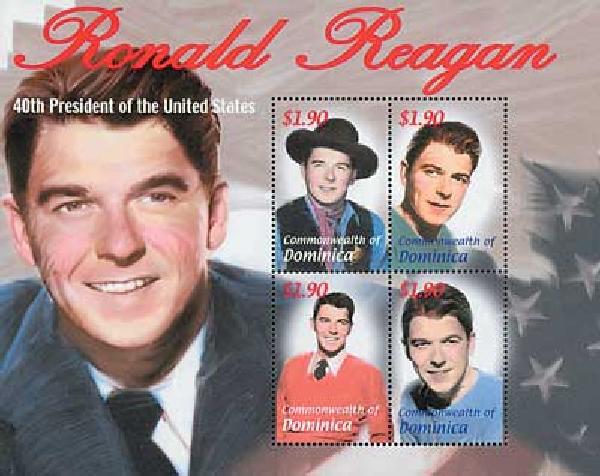 Item #M8328 – Reagan’s experience as an actor helped him to become the great speaker we knew him as.

Reagan began his career as a sportscaster and then actor for 27 years. He first entered politics as a Democrat, campaigning for Harry Truman in 1948. However, during the 1950s, Reagan gradually adopted more conservative views, campaigning for Republican candidates Dwight Eisenhower and Richard Nixon. In 1962, Reagan officially joined the Republican Party.

By 1964, Reagan was co-chairman of Californians for Barry Goldwater, the Republican candidate for president that year. He traveled up and down the state delivering stirring campaign speeches. One night, a group of Republican leaders were in the audience and approached him after the speech. They asked if we would deliver that speech on national T.V. He agreed, and suggested that they film him in front of a live audience, which they agreed to do. 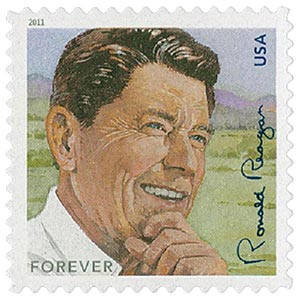 Reagan’s speech aired on the night of October 27, 1964. It has come to be known as “A Time for Choosing” and also simply, “The Speech.” While many Americans knew Reagan from his acting career, this was the first time most had seen him as a politician. He was far more serious and angry than he had been in his movie roles, making for a dramatic speech. Reagan frequently referenced the fact that he was previously a Democrat and believed that he had not left that party, but it had left him.

In contrast to Goldwater’s combative slogans, Reagan shared emotional stories. He strongly opposed big government and criticized its increasing expansion, saying “No government ever voluntarily reduces itself in size. So, government’s programs, once launched, never disappear. Actually, a government bureau is the nearest thing to eternal life we’ll ever see on this earth.” 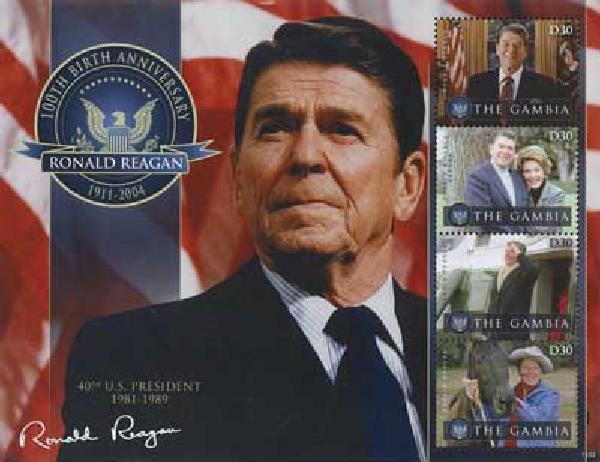 Reagan anxiously watched the speech the night it aired, saying he hoped he hadn’t let Goldwater down. Then around midnight (in California) he received a call from a member of Goldwater’s staff in Washington, D.C. (where it was 3 a.m.) telling him that the switchboard was still lit up from all the pledge calls they were getting. Reagan’s speech ended up raising around $8 million for Goldwater’s campaign.

Reagan’s speech is often considered one of the most effective ever made for a candidate. His biographer, Craig Shirley, said that the speech “defined conservatism for 50 years.” Though Goldwater lost the election, Reagan became a national political figure. He was asked to run for Governor of California and began his ascent to the presidency.