U.S. #1016 was the first bi-colored U.S. postage stamp ever produced on the rotary press.

On October 29, 1863, representatives from around the world joined together to establish the International Red Cross.

While on a business trip to Italy in 1859, Swiss humanitarian Jean Henri Dunant witnessed the aftermath of the Battle of Solferino (part of the Austro-Sardinian War) in which nearly 40,000 soldiers were killed or wounded. Shocked by the lack of medical care, Dunant put his business aside and began tending to the wounded. He convinced locals to help without discrimination. 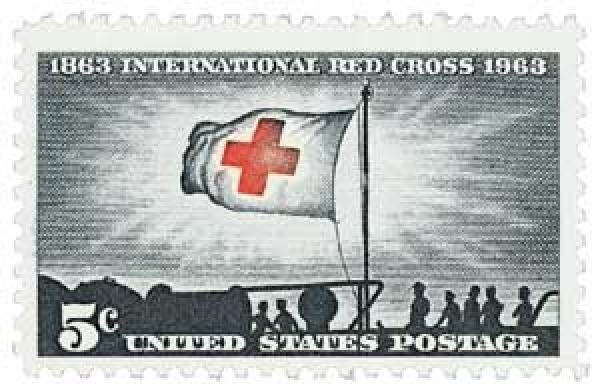 U.S. #1239 pictures the freighter S.S. Morning Light, which was one of the mercy ships that returned refugees from Cuba during the Cuban prisoner exchange in 1963.

Dunant proposed that all civilized countries establish “…permanent societies of volunteers who in time of war would give help to the wounded without regard to their nationality.” In February 1863, Dunant and four other Geneva leaders founded the Committee of Five to see if his idea was possible. They renamed their organization the International Committee for Relief to the Wounded and began preparing for a meeting with other nations. 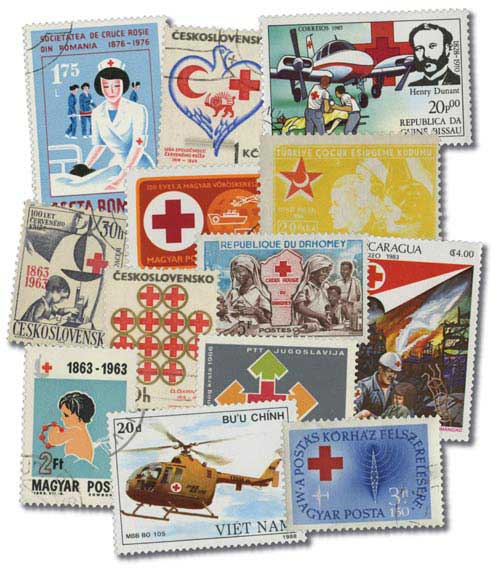 The meeting was held from October 26th to 29th in 1863. There were 36 people in attendance – 18 delegates from national governments, six from non-governmental organizations, seven unofficial foreign delegates, and the five members from the Geneva meeting. They discussed the goals of this new organization and adopted a set of resolutions on October 29th. These included the creation of national relief groups for wounded soldiers, protection for the wounded and their rescuers on the battlefield, and the adoption of the red cross on white background as their flag and armlet. The group continued to meet and expand on their goals, changing their name to the International Committee of the Red Cross in 1876. 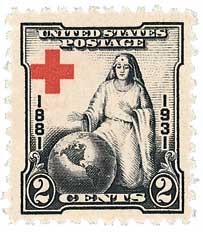 U.S. #702 commemorates the 50th anniversary of the founding of the American Red Cross.

Clara Barton, the “Angel of the Battlefield,” served as a nurse during the American Civil War. She founded the American Red Cross in 1881 after assisting the International Red Cross in Europe during the Franco-Prussian War. Today, the International Red Cross is an organization of over 135 nations. These nations provide various forms of assistance to victims of wars and other disasters. Most also provide various medical and health programs as well as youth activities and junior divisions.

There are approximately 2,500 Red Cross chapters in the United States alone. About 1,600 of these chapters consist entirely of volunteers. Many have just one paid worker.