Posted on October 4, 2017 by MysticStamp

U.S. #888 – Click on any of these images for more conditions, covers, and to order for your collection.

Raised during the Civil War, Remington enjoyed spending his time outdoors a child, riding horses, boating, fishing, and hunting. When he was in school, he spent much of his time sketching a variety of subjects, though he often focused on soldiers in military uniforms and cowboys. 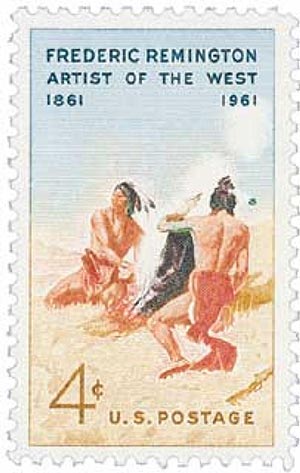 Remington went on to attend a military school, but wanted to become a journalist and part-time artist. He then went to Yale to study art but found he preferred football and boxing to his formal art training. This also led Remington to discover his preference for drawing action scenes over still life. Remington eventually left Yale in 1879 to take care of his sick father. After his father’s death, Remington worked as a clerk and reporter, among other jobs, and briefly returned to art school. 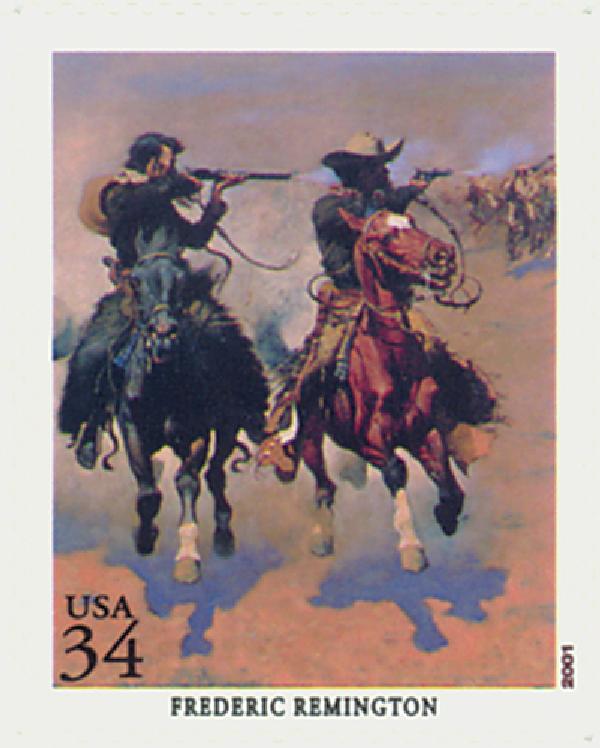 When he was 19, Remington made his first trip west, to Montana, to raise cattle or become a miner. Without enough money for either venture, he began to sketch sights he saw – vast prairies, shrinking buffalo herds, loose cattle, and battles between the U.S. Cavalry and Native Americans. He’d dreamed of the Wild West since he was a boy and knew it wouldn’t remain wild for long, so he decided he had to capture it with his art.

Remington continued to pursue business opportunities and created art on the side. When his business failed he dove into art full time and soon found he could sell his work to the locals. Realizing he could make a living as an artist, Remington returned east and studied at the Art Students League of New York. At the same time, newspapers were in search of images of the dying West, and Remington could provide them. On January 9, 1886, Remington’s art appeared on the cover of Harper’s Weekly for the first time. 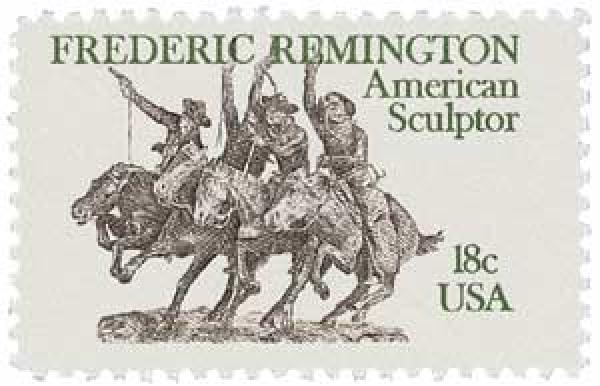 Later that year Remington traveled to Arizona to cover the war with Geronimo. He would continue to create exciting artwork for many of the magazines of the day. Remington often accompanied soldiers and witnessed a number of skirmishes and battles – including Teddy Roosevelt’s charge up San Juan Hill in the Spanish-American War. Remington also illustrated a book for Theodore Roosevelt. 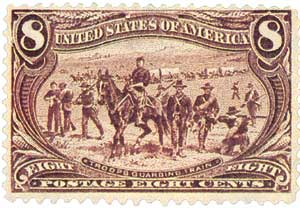 During his lifetime Remington created over 2,000 pictures, wrote 13 books, and illustrated some 73 books in all. Remington died suddenly on December 26, 1909. 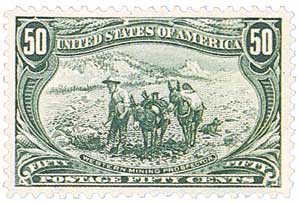