Posted on October 6, 2016 by MysticStamp 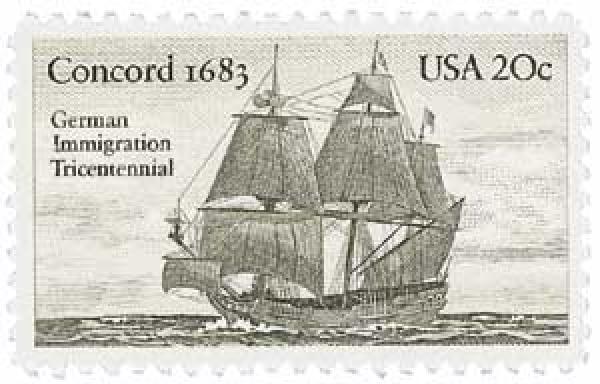 U.S. #2040 – A joint-issue marking the 300th anniversary of the settlement of Germantown.

On October 6, 1683, thirty-three Germans arrived in Pennsylvania to establish the first major German settlement in America.

The Swedish were the first people to establish a permanent settlement in modern-day Pennsylvania. In 1643, they made Tinicum Island, near Philadelphia, which was then the capital of the colony of New Sweden.

Dutch troops led by Peter Stuyvesant came from New Netherland and captured New Sweden in 1655. The Dutch controlled the region until 1664, when the English assumed control. The Duke of York governed until 1681, when King Charles II gave this land to William Penn to pay a debt he owed his father, an English admiral. 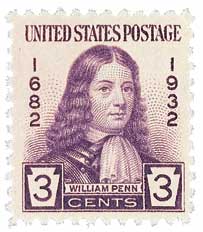 Penn wanted to name the region New Wales, but was blocked by a powerful Welsh member of the Privy Council. So, Penn settled on the name Sylvania, which means woods. King James II added Penn to the name in honor of William’s father.

As a Quaker, William Penn wanted the people of Pennsylvania to have freedom to worship, as well as personal and political freedoms. He arrived in Pennsylvania in 1682 with the colony’s first constitution, the Frame of Government, which he had written. It provided for a deputy governor and an elected legislature with a provincial council and a general assembly.

Thousands of miles away, in Germany, people learned of the new Pennsylvania colony and its promise of religious freedom. Among those people was Francis Daniel Pastorius, who worked as an agent for a land purchasing company in the city of Frankfurt am Main. Pastorius organized a group of interested Quakers and Mennonites from the Rhineland to prepare for a voyage to the New World. At the time, Mennonites, part of Protestant sect, were widely persecuted in their homeland and sought religious freedom. 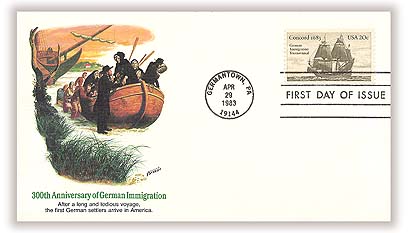 Pastorius left before the group so that he could arrange their settlement. He arrived in Philadelphia in August 1683 and negotiated with William Penn to set aside a tract of land northwest of Philadelphia for the first large settlement of Germans in America.

On July 6, 1683, a group of 13 Mennonite families (33 people total) boarded a ship for America. They arrived on October 6, 1863 after a 75-day voyage aboard the Concord. (The ship has since come to be known as the “German Mayflower.”) Their new home was initially known as Armentown (town of the poor). Arriving close to winter, they dug cellars into the ground that served as their homes that first year. The following year they built new homes, grew flax, set up looms and worked weaving, tailoring, and shoemaking. They found wild grapes and established vineyards. In fact, their official seal pictured a grape vine, flax blossom, and weaver’s spool. 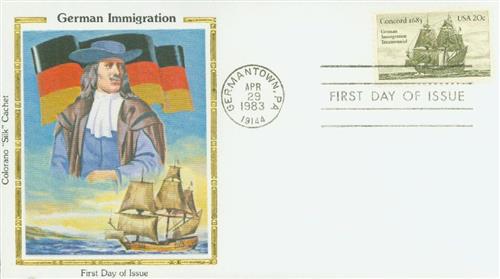 Following Penn’s instructions, the settlers opted not to build scattered farms, but instead to build their homes close together. By the end of the 1600s, Germantown had a Main Street lined with peach trees, a central market, and burial grounds. They established mills along the streams and grew flowers and vegetables in their three-acre plots.

Germantown was incorporated on August 12, 1689. Pastorius served as burgomaster (similar to a mayor), establishing a school system and writing the first resolution in America against slavery. In fact, because of this document, Germantown is often considered the birthplace of the anti-slavery movement in America. 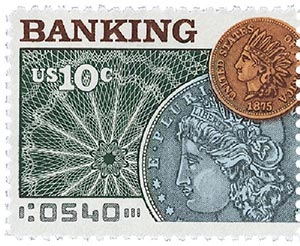 U.S. #1577 was issued for the Centennial Convention of the American Bankers Association.

By 1701, they established the first Germantown Fair, which made their unique crafts popular among other settlements. Within a few years, Germantown’s population had increased so greatly, other German towns were established – Kriegsheim, Sommerhausen, and Krefeld. 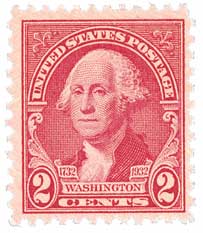 U.S. #707 pictures the famed portrait, The Athenaeum, which was painted in Germantown in 1796.

During the Revolutionary War, British units occupied Germantown. On October 4, 1777, the Continental Army, as well as Germantown citizens, attacked their headquarters. A few years later, when George Washington was president, he and his family lived in Germantown to escape the yellow fever epidemic of 1793. Also during his time in office, Germantown became home to the first bank of the United States.

In 1854, Germantown and the nearby German Township were incorporated into Philadelphia through the Act of Consolidation. Today, Germantown lives on as a historic district within Philadelphia. Over the years, some 7 million Germans have immigrated to America following the lead of Germantown’s settlers.