Posted on October 8, 2017 by MysticStamp 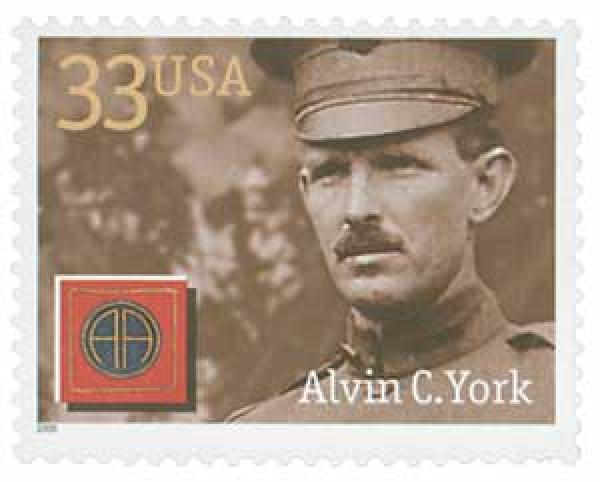 U.S. #3395 – Alvin York was one America’s most decorated soldiers of the war, earning the Medal of Honor and Distinguished Service Cross, among others.

York was an expert marksman from his time spent hunting food for his family. In 1911, he declared himself a pacifist and would later return his draft papers when the U.S. entered World War I. After receiving a second draft notice, he reported for duty and was convinced by his commander that the Bible supported the service. 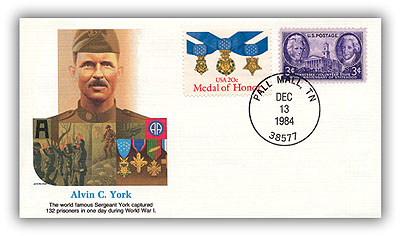 York went on to gain fame for his actions in the Argonne Forest on October 8, 1918. After losing his superior officer and eight other men, York became leader of the small squadron. Serving as an acting corporal, he led 17 men against a German stronghold, with the goal of taking the position and capturing prisoners. They fared well at the start – taking several captives and no enemy fire. The Germans then launched a counterattack, killing six of York’s men.

York then left his remaining 11 men behind to guard the prisoners while he set out to finish the mission. York took out 17 gunners with his sniper rifle before being charged by seven soldiers who realized he was the only one they were fighting. After killing them all with just his pistol, York completed his mission and brought back a total of 132 German prisoners. York was promoted to sergeant for his actions. 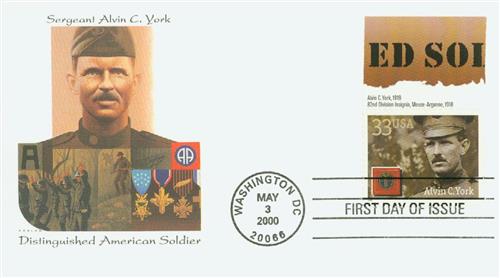 When he returned to the states, he was greeted as a hero. General Pershing, commander of the American Expeditionary Force called York “the greatest civilian soldier” of the war. His home state of Tennessee rewarded him with a farm. Later, a movie was made about his life. He used the royalties he received from the film to fund a Bible college.

When Sergeant York died in 1964, President Johnson said the soldier was an example of “the gallantry of American fighting men and their sacrifices on behalf of freedom.”