Wedding of John and Jackie Kennedy 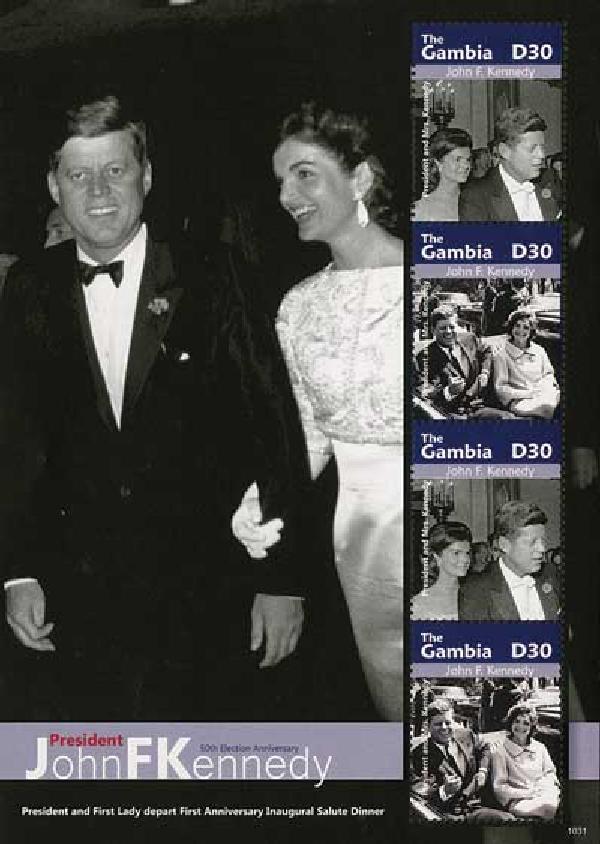 Item #M10701 was issued for the 50th anniversary of Kennedy’s election.

Coming from an affluent family, Jackie Bouvier learned to ride a horse when she was just a year old and by age 11 had already won several national championships. She then attended Vassar College in New York, studying history, literature, art, and French. 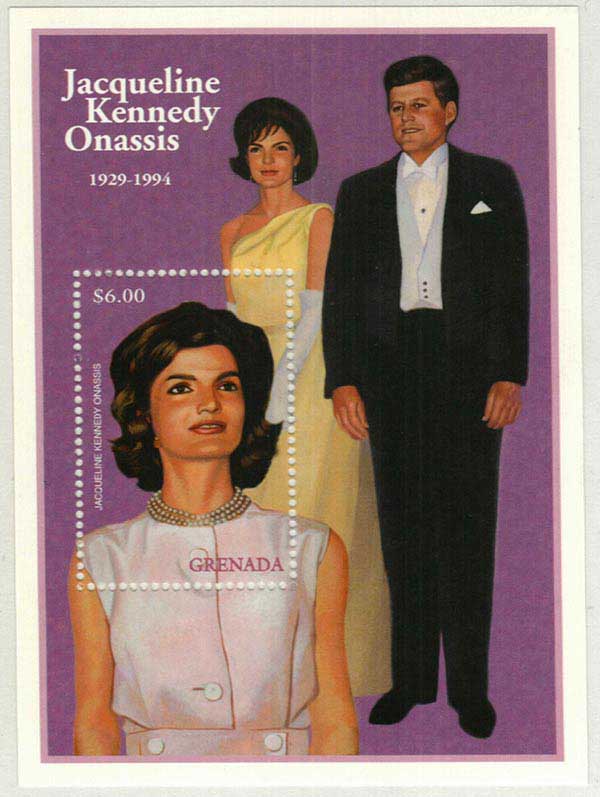 After graduating from George Washington University, Jackie got her first job. She worked as the “Inquiring Camera Girl” for The Washington Times-Herald newspaper. In that role Jackie wandered the city photographing and interviewing people on issues of the day. 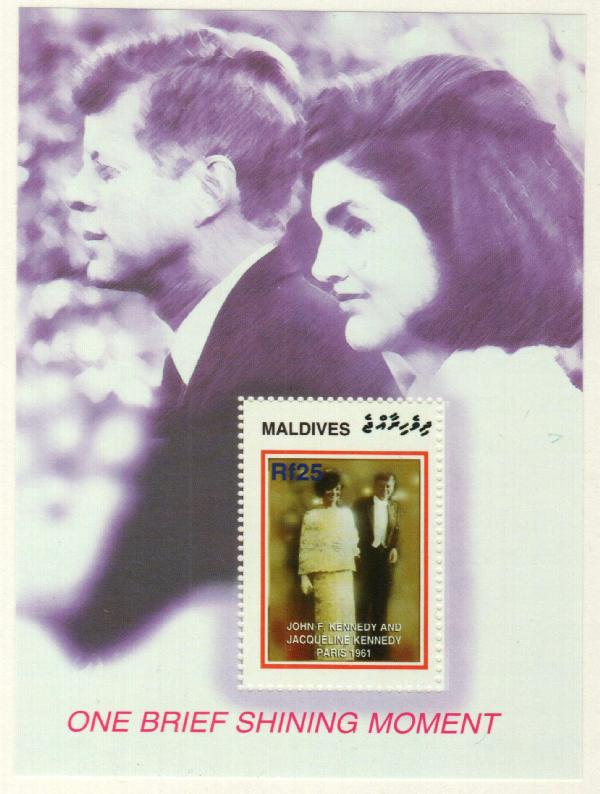 In May 1952, Jackie attended a dinner party where she was introduced to a young U.S. representative, John Kennedy. Kennedy was in the midst of running for the U.S. Senate. After winning that election, the pair grew close quickly and announced their engagement in June 1953. 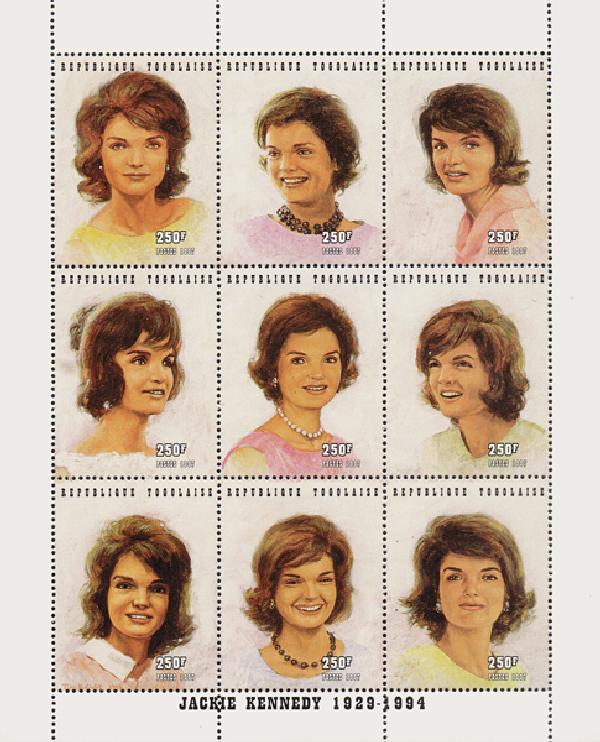 The Kennedys were married just a few months later on September 12, 1953. The ceremony was held at St. Mary’s Church in Newport, Rhode Island. Their wedding was the social event of the season, with some 750 guests witnessing the ceremony and another 450 attending the reception. Additionally 2,000 spectators stood outside the church, anxiously hoping to catch a glimpse of the happy young couple. At their reception, the Kennedys danced to “I Married an Angel” performed live by Meyer Davis and His Orchestra. 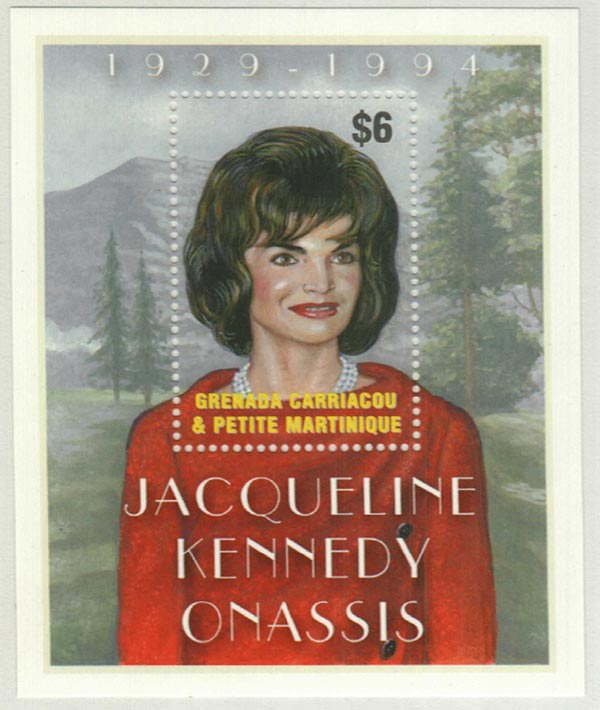 The couple then honeymooned in Mexico before returning to their busy life in Washington, D.C. Jackie would play a major part in Kennedy’s success in the coming years. She encouraged him to write his Pulitzer Prize-winning book, Profiles in Courage, while recovering from surgery. And though she was pregnant while Kennedy ran for president, Jackie aided his campaign from home – answering hundreds of letters, taping TV commercials, delivering interviews, and writing a weekly newspaper column.

Jackie would go on to become one of the most beloved First Ladies. Her contributions included restoring the White House, opening a small kindergarten in the White House, establishing the White House Fine Arts Committee, and creating the National Cultural Center. She would then serve as a symbol of strength to the nation following Kennedy’s shocking death in 1963. 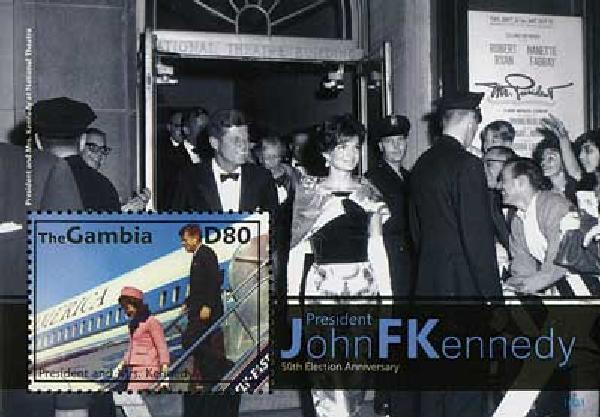 Item #M10700 – Click any of these images to order these stamps for your collection.

Click here to view photos from the Kennedy wedding.