“We choose to go to the Moon” Speech 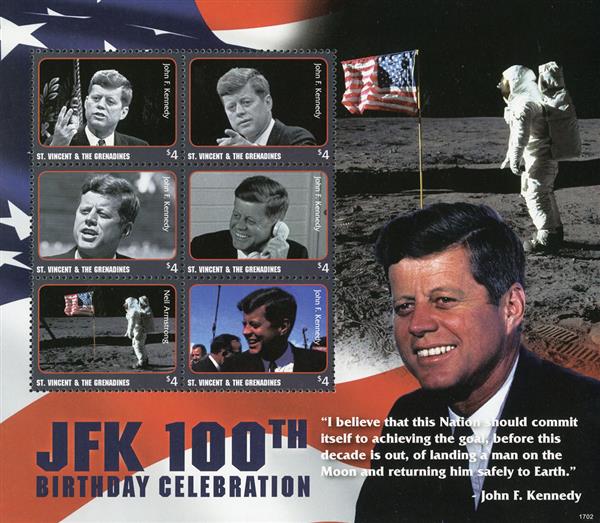 On September 12, 1962, President John F. Kennedy delivered one of his most famous and stirring speeches, to generate support for the Apollo program.

The Space Race began on October 4, 1957, when the Soviet Union launched the world’s first artificial satellite.  Originally, the Soviet Union planned to launch a much larger satellite, known to its designers as “Object D.”  However, the telemetry system was not functioning as needed, and a lower than expected impulse of the launch rocket delayed the project.  Fearing that the Americans would launch a satellite first, a decision was made to develop a much simpler rocket concurrently.  Sputnik was smaller than a basketball and carried only a radio transmitter instead of multiple scientific instruments.  Object D would be launched successfully as Sputnik-3 on May 15, 1958.

Success continued for the Soviets during the next few years.  In 1959, they sent two rockets to the Moon.  One landed while the other transmitted photos of the moon’s dark side back to Earth.  In 1960, they sent two dogs, a rabbit, two rats, and 42 mice into orbit.  All animals onboard returned safely, becoming the first animals to do so. 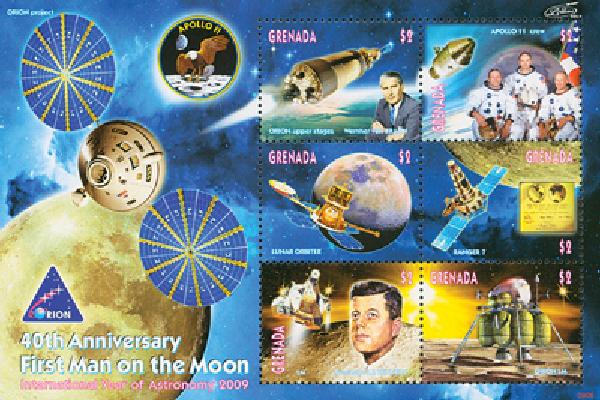 Item #M10404 was issued for the Moon landing’s 40th anniversary.

The Soviet space program continued to advance, constantly seeming to stay a step ahead of the Americans.  By far the biggest blow to the Americans happened on April 12, 1961, however.  On that day, cosmonaut Yuri Gagarin became the first man to orbit the Earth.  It was this event that caused President Kennedy to seek a goal that the United States had a good shot at attaining before the Soviets.  After consulting with Vice President Lyndon Johnson and NASA officials, the decision was made to attempt to put a man on the Moon before the end of the decade. 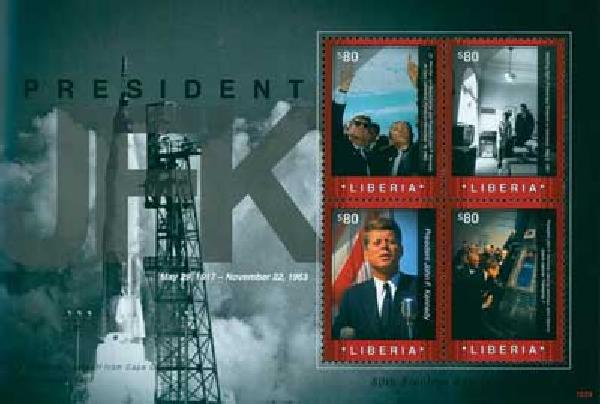 On May 25, 1961, President Kennedy addressed a special joint session of Congress to announce his ambitious goal.  He stated that, “Now it is time to take longer strides – time for a great new American enterprise – time for this nation to take a clearly leading role in space achievement, which in many ways may hold the key to our future on earth.”

Public support for the mission was low – a Gallup Poll revealed that 58% of Americans opposed the mission.  President Kennedy hoped to gain greater support though.  In September 1962, he visited Rice University, which had served as the intermediary for a land donation to expand the Manned Spacecraft Center in Houston, Texas.  During his visit, the president toured the new facility, guided by astronauts Scott Carpenter and John Glenn, and got to see the Friendship 7 spacecraft. 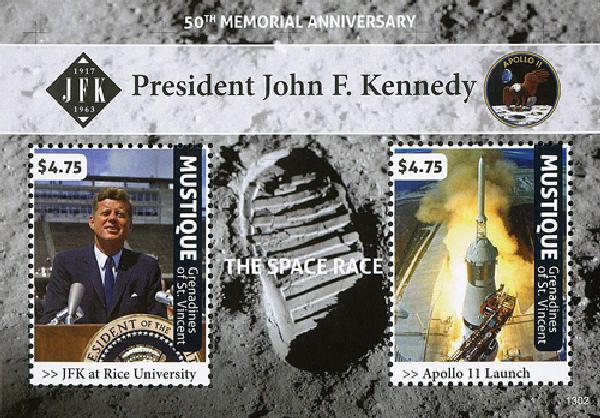 On September 12, 1962, President Kennedy delivered a special speech to an audience of 40,000 people at Rice University’s Rice Stadium.  Kennedy spoke about space as a new frontier, comparing it to the pioneer spirit of American folklore that explored and settled the West.  His speech also stressed urgency and American destiny, and reminded listeners that Americans could choose their destiny, rather than have it chosen for them.  While he had at one time suggested a joint Moon mission, he now called for a competition with the Soviet Union. 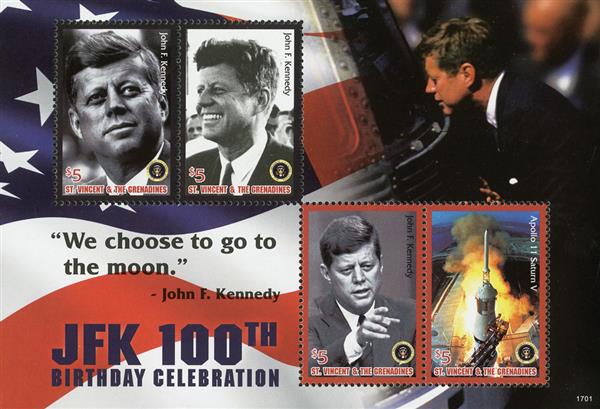 Item #M11852 includes the most famous line of Kennedy’s speech.

Kennedy’s speech was generally well received and did help to gain some additional support for the Apollo program, though some still opposed it because of the cost.  After Kennedy’s death in November 1963, the Apollo project continued on in his memory, achieving his goal six years later in 1969.