Hershey was the only surviving child of Mennonites Henry and Fannie Hershey.  The family moved often, and he had no formal education after the fourth grade.  In 1871, he apprenticed to a local printer, but found the work boring.  He was fired after accidentally dropping his hat in one of the machines.  While his father asked the printer to give him his job back, his mother and aunt proposed a different apprenticeship –  with a candy maker.

Therefore, when he was 14, Hershey was apprenticed to confectioner Joseph Royer in Lancaster, Pennsylvania.  He spent four years there learning the art of creating candy.  In 1876, he set out to start his own confectionery business.  He traveled to Denver, where he learned to make caramels using fresh milk.  He then spent some time in New Orleans, Chicago, and New York, before returning to Lancaster in 1883.  There he borrowed money from the bank to start the Lancaster Caramel Company, which was an instant success.  Hershey’s secret was pure fresh milk – widely available in his rural town.  When a visitor from England tried his candy, he placed a very large order that enabled Hershey to pay off his debt and buy more supplies! 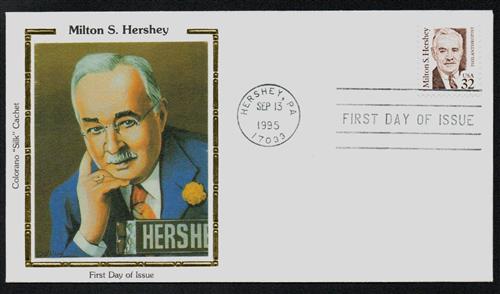 Hershey’s caramel company grew to over 1,300 workers in two factories by the 1890s.  During a visit to the 1893 Columbian Exposition, Hershey became fascinated with German chocolate making.  He purchased machinery to begin producing chocolate coating for his caramels.  Hershey sold his caramel company in 1900 for $1 million (equivalent to more than $30 million today) to the American Caramel Company.  He retained the rights to Hershey Chocolate Company however, and broke ground on what would be the world’s largest chocolate manufacturing plant. 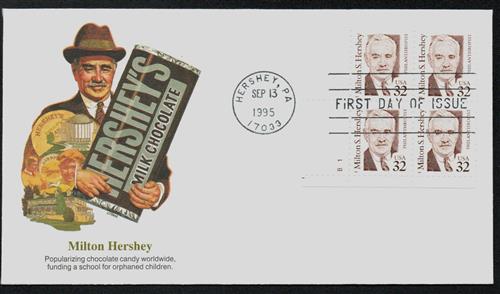 Hershey built his factory near Derry Township, where fresh milk was readily available from local farms.  He was excited to begin creating his own recipe of milk chocolate, which was a luxury at that time.  Using what he had learned in making caramels, Hershey produced his first Hershey’s Bar in 1900.  This was followed by the Hershey Kiss in 1907 and the Hershey’s Bar with almonds in 1908. 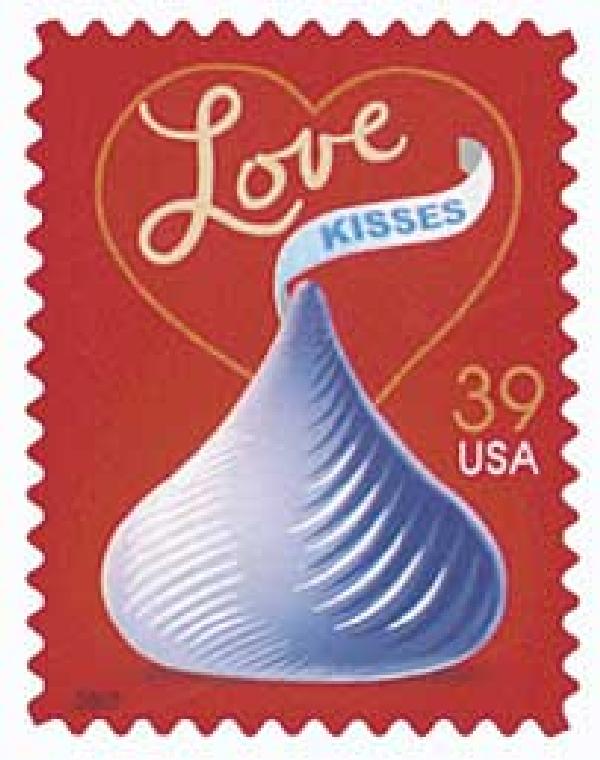 With success, Hershey felt an obligation to society that he fulfilled by building a model town for his employees.  Hershey built a town around his factory unlike any other company town.  It included comfortable homes laid out along tree-lined streets, quality public schools, and extensive cultural and recreational opportunities.  Soon amusement rides, a swimming pool, and a ballroom were added – paving the way for the Hershey amusement park, which first opened in 1906.

Unable to have children of their own, Milton and his wife Catherine established a school for orphan boys.  Shortly after Catherine died prematurely in 1915, Hershey endowed the school with his entire fortune of Hershey Company Stock – worth approximately $60 million.  In 1935, he created the M.S. Hershey Foundation, which offers educational and cultural opportunities to Hershey residents.  This funds the Hershey Museum, Hershey Gardens, Hershey Theatre, and the Hershey Community Archives. 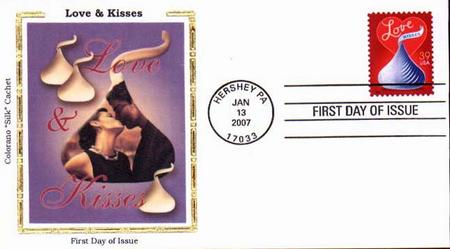 During World War II, Hershey provided special chocolate bars for the military serving overseas.  First he produced Ration D Bars, that wouldn’t melt in temperatures over 90 degrees.  They were also designed to not taste that great, so troops wouldn’t develop cravings for them.  After those proved successful, Hershey began producing Tropical Chocolate Bars, which also wouldn’t melt at high temperatures, but had a better taste.  It’s believed Hershey supplied soldiers with over three billion chocolate bars during the war.  For their contribution, the company received five Army-Navy ‘E’ Production Awards.  The Hershey factory also produced some tank parts and machines for the war effort. 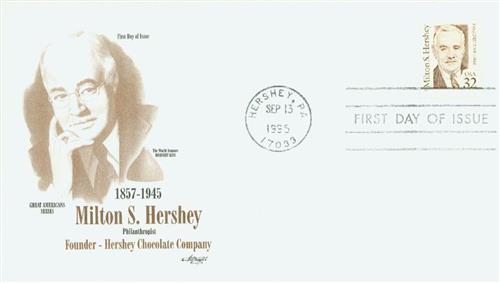 Hershey died of pneumonia on October 13, 1945.  Even after his passing, profits from the Hershey Company continue to fund several philanthropic endeavors.