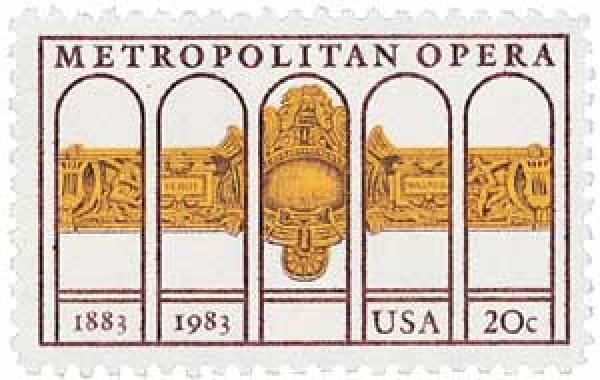 US #2054 was issued for the 100th anniversary of the original Met and pictures a view of the modern building.

On September 16, 1966, the Metropolitan Opera House opened at New York’s Lincoln Center, the largest repertory opera house in the world.

In the 1880s, the only opera house in New York City was the Academy of Music.  It was small and didn’t have enough private boxes to accommodate all of the city’s up-and-coming wealthy patrons. 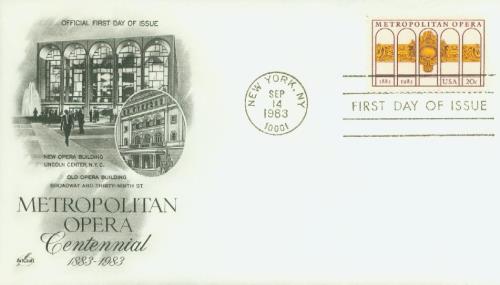 The private boxes at the Academy of Music opera house were reserved for those who had inherited their wealth.  Self-made millionaires, such as the Vanderbilts and Morgans, were excluded.  They were determined to build their own opera house that would be superior to the Academy of Music in every way.  A small group of businessmen soon organized a plan to build a new, bigger, better opera house – the Metropolitan Opera House, also known as the “Met.” 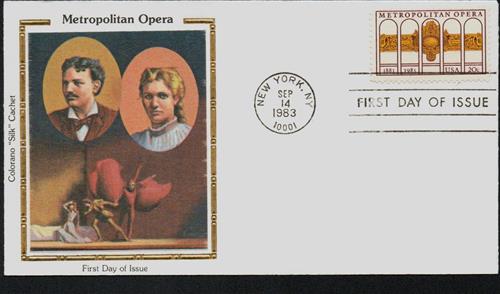 The Met opened at 1411 Broadway on October 22, 1883, with a performance of Faust.  The building spanned an entire block in the Garment District of Midtown Manhattan.  It was nicknamed “The Yellow Brick Brewery” because of its industrial styled exterior.  Inside, three tiers of private boxes assured a spot for all the industrialists who wanted to attend. 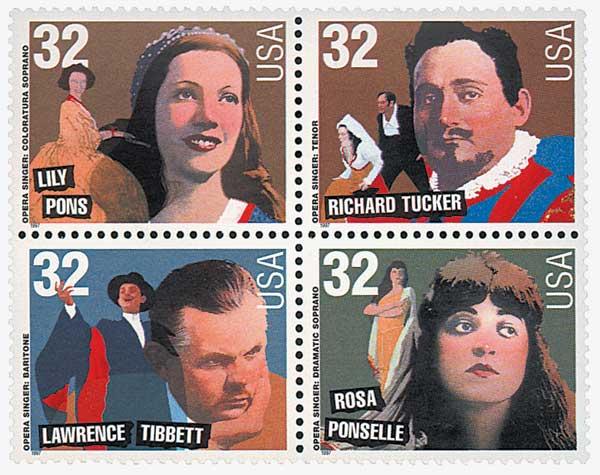 US #3154-57 was issued to mark the 400th anniversary of opera as a musical form that began in 16th century Florence, Italy.

When the new opera house opened in 1883, everything was performed in Italian.  Then, for a period, everything was done in German.  Finally, it was agreed that each work should be performed in its original language where possible.  The Metropolitan Opera became revered for the high caliber of shows and talent it offered. 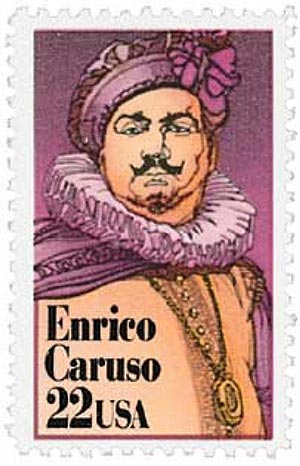 US #2250 – Caruso was the most famous member of the Metropolitan Opera’s company of performers.

The new opera house struggled in its early years.  Additionally, a fire in 1892 forced it to close for a season for repairs.  When it reopened under the management of Maurice Grau, the Met enjoyed significant success.  Then in 1903, it was redesigned with a brilliant golden auditorium, sunburst chandelier, and arch inscribed with the names of six historic composers.

In the 1930s, the Met reached an even larger audience.  The financial strain of the Great Depression prompted the opera company to seek national exposure.  Thus, it began live network radio broadcasts of its performances.  By 1960, it had its own radio station – the Metropolitan Opera Radio Network.  The Met now broadcasts on satellite radio as well, and live video performances are streamed in high-definition to movie theatres around the world. 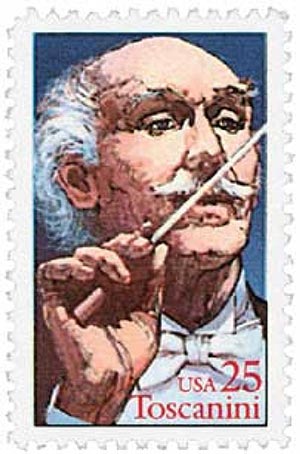 While the original Met was revered for its good acoustics and elegant design, the backstage facilities were considered subpar.  As early as 1900, some began to question if a newer, better home should be built.  Over the years, new locations were suggested at Columbus Circle and Rockefeller Center.  Finally, in the 1960s, Lincoln Center offered the opportunity the opera’s owners had been waiting for.  They hosted a farewell performance at the original building on April 16, 1966.  It was later torn down and replaced with a 40-story office tower despite attempts by preservationists to obtain landmark status for the structure.

The new 3,800-seat Met opened in Lincoln Center in the Upper West Side on September 16, 1966.  That night the Met hosted the world premiere of Samuel Barber’s Anthony and Cleopatra. 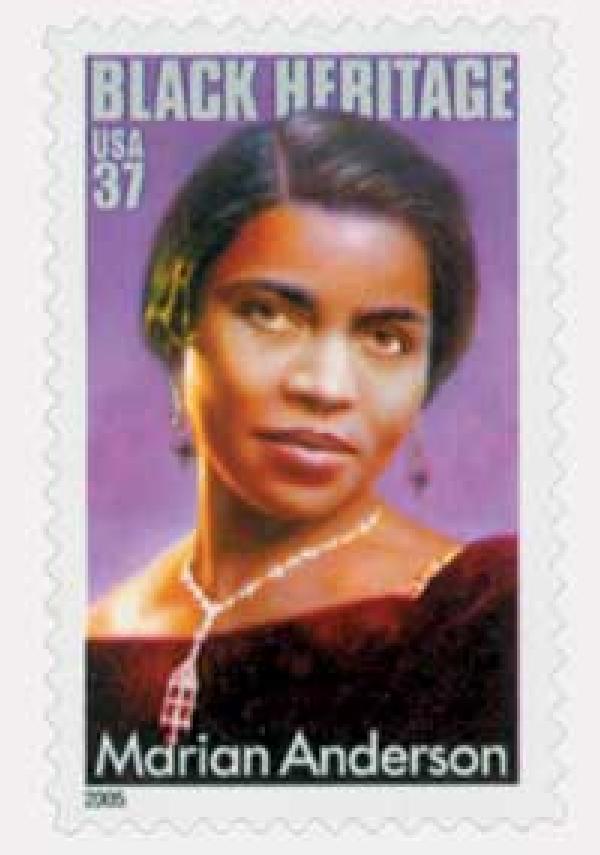 Since that time, the Met has hosted massive operas, such as Prokofiev’s War and Peace, Verdi’s Aida, and Wagner’s four-part, 16-hour Der Ring des Nibelungen.  It has also hosted several opera world premiers, including John Corigliano’s The Ghosts of Versailles, Phillip Glass’s The Voyage, and the US premiere of Nico Muhly’s Two Boys.  The Met also hosts the spring season of the American Ballet Theatre as well as touring opera and ballet companies.  It has even put on popular concerts by Barbara Streisand, The Who, and Paul McCartney.  By the new Met’s 50th anniversary in 2017, it hosted more than 11,000 performances and 164 separate operas.

Facebook
This entry was posted in September 2020, This Day in History. Bookmark the permalink.
Click here to cancel reply.