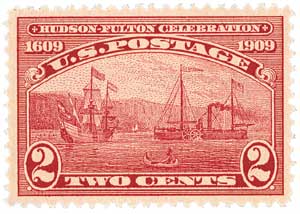 On September 25, 1909, the Hudson-Fulton Celebration opened in New York and New Jersey. 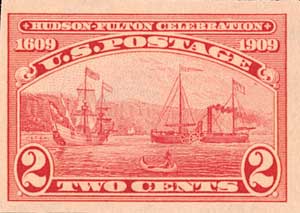 Planning for the celebration began in 1905 and was spearheaded by a group of wealthy New Yorkers including J.P. Morgan and Andrew Carnegie. The group formed dozens of committees to oversee every detail of the event to ensure thorough planning. One aspect that played a major role in the celebration was electricity and lighting. The commission dedicated nearly a tenth of its budget to installing more than 107,000 lights and creating fireworks shows. These illuminations included the naval fleet, the Statue of Liberty, Grant’s Tomb, the Soldiers’ and Sailors’ Monument, the Washington Arch, and the Brooklyn Institute of Arts and Sciences. 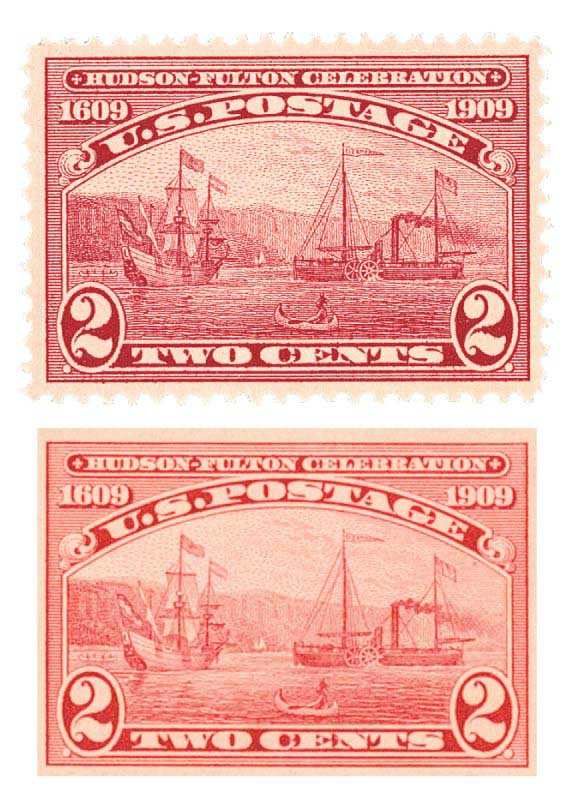 Part of the opening day festivities included a historical parade chronicling New York’s diverse history. It had four sections honoring four periods of the city’s history. A carnival parade was held on October 2, which had a more artistic theme with floats honoring folklore, music, art, and literature.

Among the major attractions at the celebration were replications of Hudson’s Half Moon and Fulton’s Clermont. The ships were reconstructed and dedicated in an elaborate ceremony along with a naval parade of U.S. and foreign warships. Among the ships present for this event was the famed RMS Lusitania, which would be sunk by a German U-boat six years later.

Another popular spectacle was a series of public flights by Wilbur Wright, who had become an international celebrity a year earlier with his demonstration flights in Europe. As part of the celebration he flew around the Statue of Liberty, over the Hudson River, and to Grant’s Tomb. This was the first time many people got to see an airplane in action. 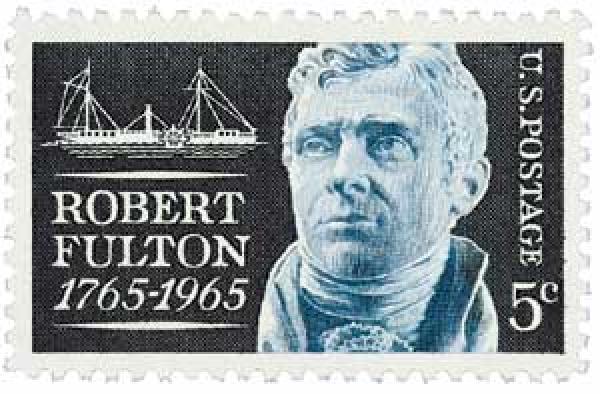 The U.S. Post Office joined in the festivities by issuing a stamp on the celebration’s opening day. Interestingly, the stamp dates only specify the discovery of the Hudson River. Fulton’s achievement is represented by the appearance of the steamboat Clermont in the central design. The stamp was issued perforate and imperforate, although it was a poor fit for private vending machines.

Click here to view the official program of the Hudson-Fulton Celebration. It’s packed with lots of neat info and images!