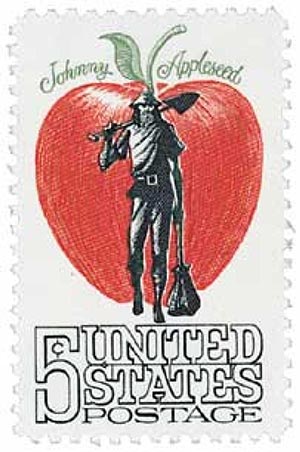 U.S. #1317 was the first issue in the American Folklore Series.

John Chapman, popularly known as Johnny Appleseed, was born on September 26, 1774, in Leominster, Massachusetts. His birthplace, identified by a granite marker, is on a street now called Johnny Appleseed Lane.

Johnny’s father went to fight in the Revolution, but returned home when his mother died after childbirth. His father remarried and had 10 more children. When Johnny was 18, he convinced his 11-year-old half brother embark on a journey west with him. The two boys lived off the land and wandered the west for 13 years before their father moved the family out to meet them in Ohio.

While his brother decided to stay and work on the family farm, Johnny began working as an apprentice at the apple orchard of Mr. Crawford. Some credit this as the beginning of his life-long association with the fruit, though other accounts claim he began working in apple nurseries as early as the late 1790s. According to those stories, Johnny collected apple seeds from the unused remnants at cider mills along the Potomac River. 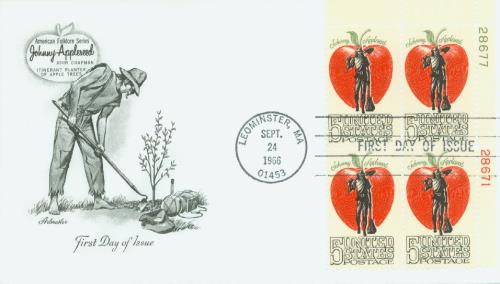 There’s also a belief that Johnny began growing apple trees purely for profit. In 1792, a private company in Ohio made potential settlers an offer. They’d receive 100 acres of land if they planted 50 apple trees and 20 peach trees in three years. Johnny had an idea – if he planted the trees, he could then re-sell them to incoming settlers, so their work would already be done for them. 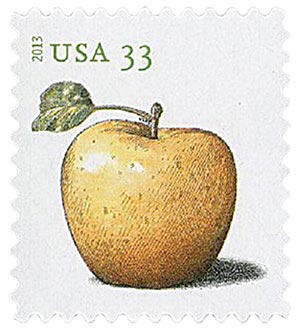 U.S. #4728 – The golden delicious is one of the varieties we have today thanks to Johnny Appleseed.

While the folk tales often describe Johnny as randomly dropping apple seeds wherever he went, he actually worked quite methodically. In reality, he planted nurseries, built fences to protect them from animals, and had a responsible neighbor keep an eye on them. He’d then return every year or two to check on the nurseries and eventually sell them. His first such nursery was along the banks of Brokenstraw Creek near Warren, Pennsylvania. 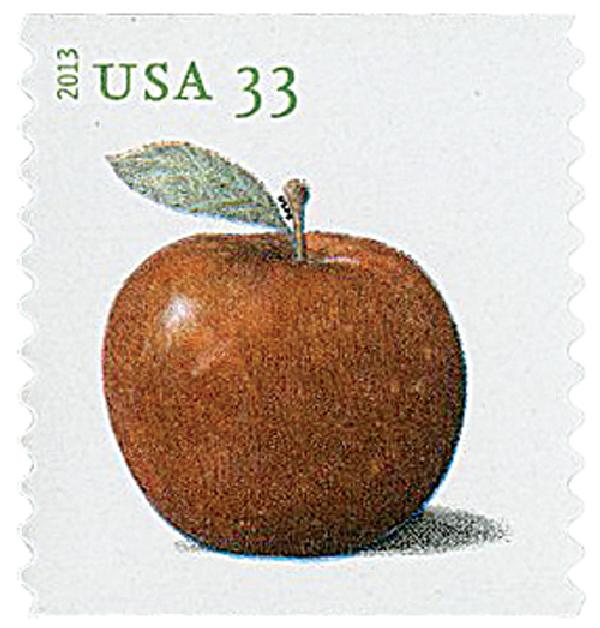 Interestingly, the apples Johnny planted weren’t meant for eating. As a member of the Swedenborg Church, Johnny didn’t believe in grafting plants (they believed it made the plants suffer). So he could only plant seeds, which provided apples used for other purposes – namely drinking. On the frontier, water could be riddled with dangerous bacteria. But apple cider and applejack were safe beverages and became a big part of frontier life. In fact, settlers drank an estimated 10.52 ounces of hard cider a day. It was considered “as much a part of the dining table as meat or bread.”

In addition to planting nurseries, Johnny also served as a missionary of his religion. He shared his gospel with children and families and Native Americans. In fact, many Native Americans believed the Great Spirit touched him and even hostile tribes didn’t harm him. Part of his beliefs also included living a simple life, without hurting animals or any living things, including insects. He did in fact, as the stories told, walk barefoot and wear a tin hat. He also became a vegetarian in his later years. 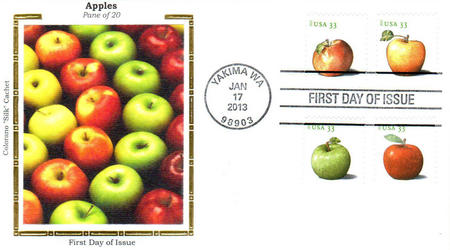 The exact date of Johnny’s death is disputed, but is believed to have been in 1845. At the time he had 1,200 acres of nurseries to his name, which he left to his sister. During Prohibition, many of his trees – those that could be used to produce cider – were chopped down by FBI agents.

Its also interesting to note that Johnny’s insistence on planting seeds (rather than grafting) aided in the creation of hardy American apples. According to one author, “It was the seeds, and the cider, that give the apple the opportunity to discover by trial and error the precise combination of traits required to prosper in the New World. From Chapman’s vast planting of nameless cider apple seeds came some of the great American cultivars of the 19th century.” Among the apples we can credit to Johnny Appleseed are the delicious and golden delicious. 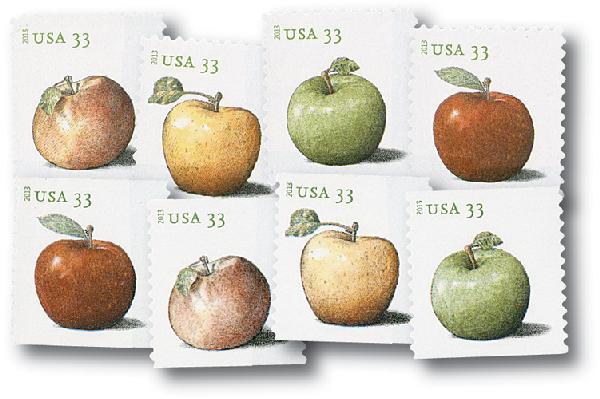 Nova, Ohio, is the home of the last known tree planted by Johnny Appleseed. Its tart green apples are used for applesauce, cider and baking. However, contrary to Chapman’s wishes, it is used to graft new apple trees.