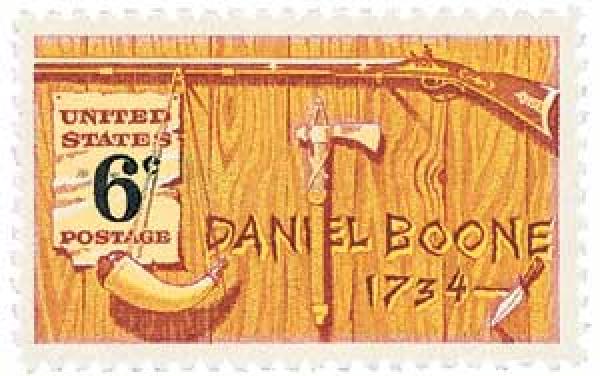 Boone was born on November 2, 1734, in Berks County, Pennsylvania.  Though he had little formal education, his father taught him to be a skilled hunter and how to survive in the woods.  When he was 15, the family moved to North Carolina, and Boone began selling his furs to local traders. 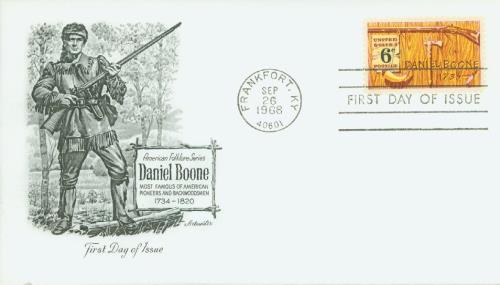 In 1755, Boone joined a military expedition during the French and Indian War.  He participated in the Battle of Monongahela, where he was nearly killed by Native American troops.  During this time he heard stories of the wilderness and abundant game on the western side of the Appalachian Mountains.  These tales helped set the course for Boone’s future. 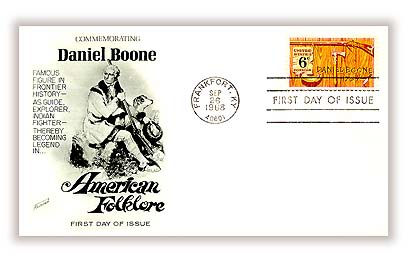 After a year, Boone returned home and married Rebecca Bryan.  He supported his family by hunting and trapping.  Before long, the desire to explore the wilderness became too strong to resist.  Boone had heard tales about other explorations through the mountain wilderness and longed to go himself.

Sponsored by land spectator Judge Henderson, Boone made his first trip toward the Gap in 1767 but failed to pass through.  On his way home, he ran into one of the previous explorers and decided to try again.  Together they set out with a small party in May 1769 and followed the Cumberland Gap into Kentucky. 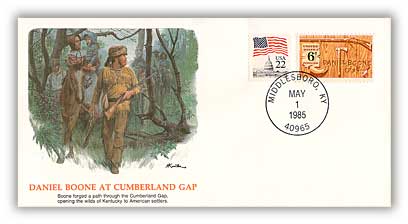 Conflicts with Indian tribes, adverse weather conditions, and supply shortages worked against the explorers.  Most of the party gave up and left the expedition, eventually leaving only Boone in the wilderness.  Later joined by his brother, the pair learned the lands and the ways of the Natives.  When they returned east in 1773, their stories roused the curiosity of adventurers and spectators.  But Indian raids kept people from settling the new territory. 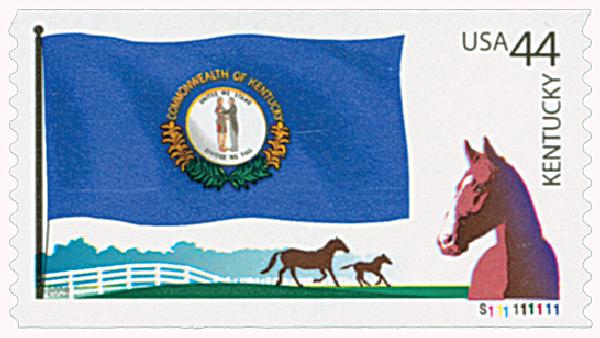 US #4293 – Some have claimed that the two men on the Kentucky flag are Boone and Henry Clay, though officially, they represent all frontiersmen and statesmen.

In the summer of 1774, Virginia declared war on the Shawnee and defeated the Natives within four months.  The tribe renounced its claim to all lands between the Ohio and Tennessee Rivers and vowed to stop the raids.  Judge Henderson quickly negotiated a land purchase with the Cherokee, which had claimed the land south of the Kentucky River, and sent Boone back to Kentucky without even waiting for the tribe’s final decision.

Boone helped open up the path, which became known as the Wilderness Trail.  In 1775, he led a group of colonists to present-day Kentucky and founded Boonesborough. It was one of the first white settlements west of the mountains.  Thanks to the efforts of Daniel Boone and several other woodsmen clearing the Wilderness Road and Cumberland Gap, over 200,000 settlers had made their way West by the end of the 18th century. 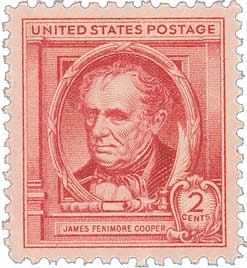 US #860 from the Famous Americans series.

In July 1776, Boone’s daughter and two other girls were captured outside of Boonesborough by a Native American war party. Boone led an expedition and they saved the girls two days later.  The event would be one of the most famous of his life and provided the inspiration for James Fenimore Cooper’s The Last of the Mohicans.  Native American attacks, encouraged by the British, would continue for much of the war. But Boone managed to help defend the town from numerous attacks, including a 10-day siege.

After the war, Boone opened a tavern and worked in a variety of other businesses in Limestone, Kentucky.  He participated in the Northwest Indian War and helped to negotiate a truce and prisoner exchange.  He was then voted to the Virginia State Assembly, but had financial troubles and sought a fresh start in Missouri, then part of Spanish Louisiana.  He would spend his final years there with his children and grandchildren before his death on September 26, 1820.  Several towns, counties, and schools across the country would later be named in his honor.

The legend of Daniel Boone grew because of exaggerated stories published in dime novels.  He once said, “Many heroic actions and chivalrous adventures are related of me which exist only in the regions of fancy. With me the world has taken great liberties, and yet I have been but a common man.”