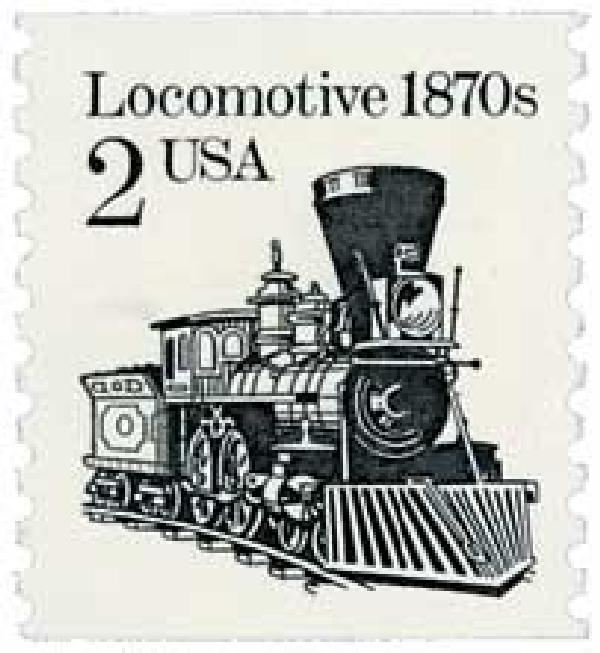 US #2226 – A steam locomotive stamp from the transportation series.

In the late 1700s, it was first proposed that a canal be dug to transport coal from County Durham to larger cities. Several years and several more proposals later, the idea of building a railway was introduced by engineer George Overton.

The building of the railroad was approved in 1821, though no mention was made of using steam locomotives.  The recommendation to use steam engines came from engineer George Stephenson.

Stephenson adapted previous designs and built the Locomotion in 1825 for the Stockton and Darlington Railway.  The railway opened on September 27, 1825, with Locomotion No. 1 making the inaugural journey.  The locomotive pulled more than 25 wagons filled with goods and 450 adventurous passengers. 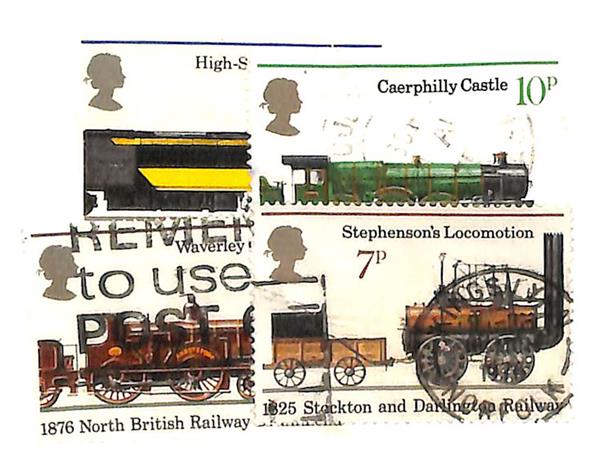 Despite a few stops for repairs, the train traveled the eight-and-a-half-mile route at an average speed of about eight miles per hour. The two-hour train ride ended at Darlington, where six wagons of coal were distributed to the poor and new passengers boarded the train for the return trip.

The Stockton and Darlington was the first public steam railway in the world. It proved that rails could be used for shipping goods other than coal. Rolled wrought iron was used to avoid breaking the rails. The success of this venture led Stephenson to establish a company that built steam locomotives for the United Kingdom, the United States, and Europe. Stephenson continued to promote the use of steam locomotives and they quickly grew in popularity. 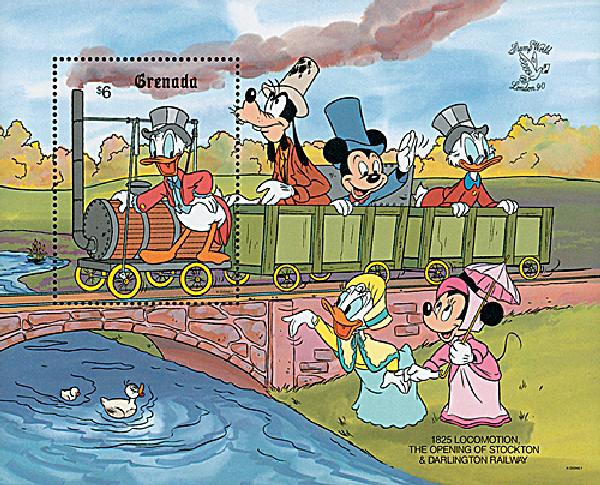 The Stockton-Darlington Railway remained in operation until 1863, when it was taken over by the North Eastern Railway.